**Warning: This will be really, really long, so if you don't feel like entering the deepest recesses of my psychological mind, let me just tell you: I'm Shahdia, a huge Percy Jackson/Heroes of Olympus fan and my favourite characters are Reyna and Rachel Elizabeth Dare.**

I've been expecting you...
Hi. I'm Shahdia (yeah, as if I would tell you my last name), and don't expect to know any information about me like my age, address or the like. I'm a girl, and I was born on June 12th, which mean you guys just missed having to give me a virtual birthday party. (You're expected to do it next year though.) Most of the people in this group, which looks pretty cool, already *know* me from other Goodreads groups. I love the Percy Jackson and the Olympians as well as the Heroes of Olympus series, which is a given for joining the group, but I also enjoy Harry Potter, Artemis Fowl, Doctor Who, Sherlock Holmes (both the BBC adaption, the other adaptions and the books), Arthurian legend (books, the TV show Merlin and pretty much anything to do with it), classical mythology (Greek, Roman, Egyptian, Norse, Celtic) and Disney movies. Fun fact: I have an ambition to a) be a famous writer and b) turn around in a computer chair and say 'I've been expecting you' deviously.

All my awesome siblings! I love you all, guys.
As you may be able to tell from the Gifs I added up there of my half-siblings, I am a daughter of Hephaestus, or at least I would be if I was a half-blood (though if I got offered, I'd totally join the Hunt). Which one gave it away? Was it the middle one? Yeah, it was the middle one. (For reference, they are Leo (from Heroes of Olympus), Audrey (from Atlantis: The Lost Empire) and Skips (from Regular Show)) Fun fact: I share a middle name with Rachel Dare. I am shamelessly looking forward to the Sea of Monsters and, obviously, the House of Hades. Fun fact: I envy people who will start and enjoy the books a couple of years into the future, because they can just read them all at once. 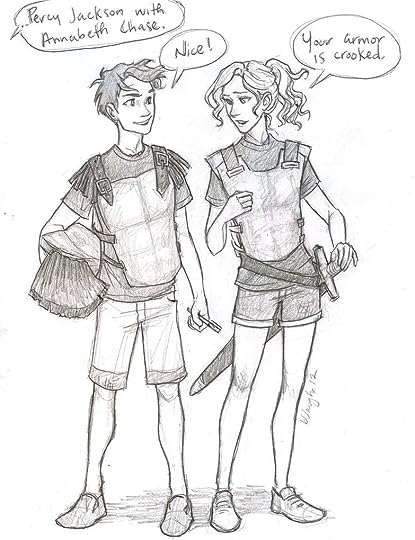 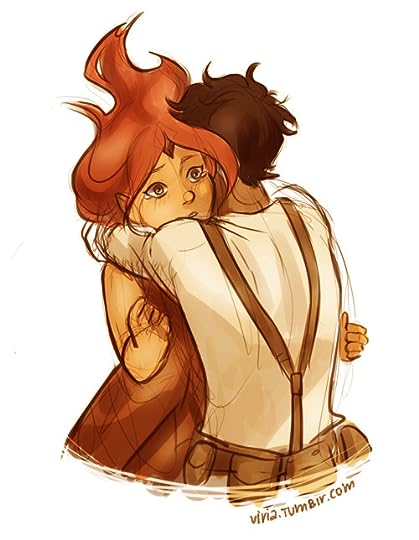 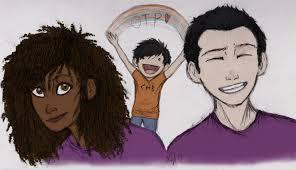 I can't start my day without a bowl of cereal and a glass of Leyna.
Yes, this warrants a full section. (And also I made a deal with the shipping king, so...yeah, I'll get vaporized if I don't include it.) So canon, I ship Grover and Juniper, Percy and Annabeth, Clarisse and Chris, Jason and Piper and Frank and Hazel. Non-canon I ship Leo and Reyna, Will and Nyssa, Travis and Katie and pre-Hunter Thalia and Luke. (That's pre-Hunter.) Fun fact: Despite how hard I ship Leyna, I also think it's pretty cool how some people ship Leo with Flame Princess (from Adventure Time).

So that's all about me. I hope you read through it, and if you did you are an awesome person...here, take some virtual cookies. Yes, they're blue. 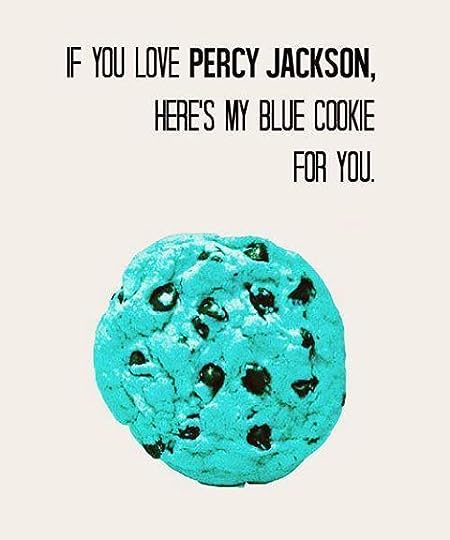 hey my name is billie. i am 15 years old and i love harry potter and the mortal intruments.

And by the way, our RP at the garden kinda got washed out... do you want to start another or wait for them to finish?

And by the way, our RP at the garden kinda got washed out... do you want to start another or wait for them to finish?"

Sounds good to me :D

Where do you want them to be?

I have absolutely no preference. Lence is always everywhere.

I'm thinking either Basketball Court because it would be fun to see Tristan fail at that, or Dining Pavilion.

i like milkshakes with a little surprise in them.lol

Basketball Court it is! XD I have never played basketball. You post, please!

Hi!! I'm Hakuna, as in Hakuna Matata. Welcome to Cam Half Blood :D

I feel like I know you.. Serendipity.. I have heard that before..

People call me Master, or the Ruler Of the Heavens. But you guys can call me The Best Person Ever in tune with Best Song Ever. =D

AHA. My philippine teacher was talking about Serendipity

reply | flag *
message 37: by [deleted user] (new)
Sep 01, 2013 12:55PM
Hi guys! Simply splendid to meet you all!
>>I'm Bolts, Buckles and Blue Suede Shoes, but you can call me Blue. My real name - ha, as if I'd give my name away on the Internet!
>>Without a doubt, I'd be a daughter of Zeus or, a more interesting choice, Nemesis. I do have the unfortunate trait of holding grudges, but as stated in MoA, Nemesis is more keeping in balance between good and evil, which is an idea that I like. If she wasn't a virgin goddess, I might be a daughter of Artemis. So sue me. I'm a Greek mythology geek.
>>This is the first group on the site I've joined! I only joined today, see.
>>I'm British! And before you ask, I have never met the Doctor or Sherlock, beaten up Steven Moffat, met Sadie Kane, got my Hogwarts acceptance letter or am related to One Direction, who I don't particularly like.
>>I've used roleplaying forums before, so I have a good idea of the rules, but I must say the information topics are great. And the mods, you've done a brilliant job.
>>No matter how many books I read, Percabeth will always be my OTP. My favourite moment between them was either the Tunnel of Love or that adorable dance in Titan's Curse.
>>And finally, my favourite character is actually Frank Zhang! I think he's a really interesting character and I hope we'll see his POV in House of Hades.
>>Oh, yeah, and as much as I ship Percabeth it annoys me when the only part people remember about MoA is falling into Tartarus.
I look forward to talking and roleplaying with you all!

Nice to meet you

Bolts, Buckles and Blue Suede Shoes wrote: "Oh, and did I mention I'm Shahdia's cousin? Yeah, I am!
Are you the unicorn, CJ, that she mentioned?"

Afraid not, my friend. I am more fond of cows than unicorns, I must admit. Cows are just too delicious... ((Sorry, Nicole, and any other vegetarians out there.))

That is a beautiful sentence. Malec forever!

Hi :) I'm Madeleine but you can call me Maddie. I'm so excited! This is like the first roleplaying group I've ever been in so I might mess up once or twice but I'm getting better :).