This topic is about Escribir Un Thriller
8 views
Author to Author > The new Louisiana Defense: The Grub Street Kneecapping

Self-instruction in property defencse for writers
by Andre Jute

Piracy abounds. For instance, on ScribD, I found the slimy thief ramon1325 who without anyone's permission posted Escribir un Thriller, the Spanish edition of my Writing a Thriller. The legitimate translation into Spanish is the edition by the arts publisher Paidos which is available in trade paperback at all good bookstores in Spain and at the Spanish stores of international internet operators like Amazon, Barnes & Noble etc. 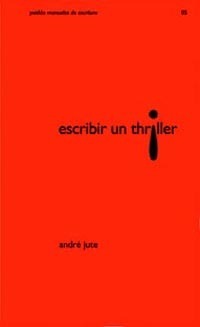 It seems to me the owners of ScribD are just as much slimy thieves for encouraging piracy with their three-strikes policy. If they were serious about wiping out piracy, they would chuck proven thieves off immediately, not give them two more chances to be caught stealing, and put in place measures under which posters have to prove under pain of penalties that they own the copyright of material they post.

It is a provocative insult to make the owner of the copyright swear on pain of perjury to some grubby merchant that he owns his own property before the grubby merchant stops profiting from selling what he doesn't own.

In general, while better than nothing, I think the DMCA notice system is a limp and cumbersome makeshift for protecting intellectual property. It is symptomatic of the low esteem in which creators are held that such a stupidly misdirected remedy could be put in place by legislators trying not to offend commercial interests. People who steal the money of corporations are prosecuted by the justice system; why should people who steal the money of writers not be prosecuted the same way? These thefts should not be left to the perpetrators and facilitators like ScribD to put straight, but should be reported to the police and routinely handled by them like every other property crime, with the criminals, both the thieves and the fences like Scribd, on conviction jailed. A few months on a Georgia chain gang will soon straighten out these soft Californian miscreants.

There should be something similar to the Lousiana Defense (which lets you off for horsewhipping someone who insults a lady) in the arts, under which writers are let off for breaking the knees of scum who steal from them.

Copyright © 2013 Andre Jute. This article may be freely reprinted as long as it is reprinted whole, including the headline and every word of the text, and this copyright notice is kept intact with it.

Scribd has definitely always struck me as a place for easy piracy.