note: This topic has been closed to new comments.
29 views
Iɴғᴏʀᴍᴀᴛɪᴏɴᴀʟ > Sᴘᴇᴄɪᴇs

Humans are the normal people in the area, they are scared of mutants and usually are in the City. They have jobs to keep the city in tact. They do not have weapons all the time like BEE workers and pay BEE workers taxes for keeping them alive. They live at either the west or east side, maybe in the south. They are just regular humans that try to live lives. Humans are like us, just less technology due to the mutant 'apocayplse'. 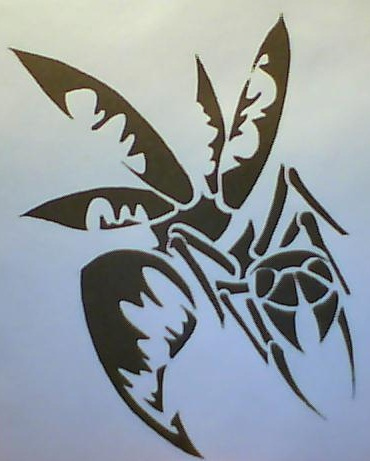 This is a group with human 'warriors' and guards that keep in charge of the town. They are all goverment, science, military workers and people. They have weapons at all times in case and the BEE symbol at the back of their neck, along with a chain with their code number. They are defensive and protective. They live only in the North Side and edges of the city. They have missions weekly and sometimes go outside of the city to find resources, get items, and capture or execute mutants. They do though torture few people who do not pay debts and act like they are dictators. They feel like they can get anything, mostly the military ones. Some BEE workers, but rarely, are mutants, experimentation. Though they do leave. The head general, which is kinda the dictator, of all BEEs and humans is Michael. Don't mess with Michael, he does give no mercy.

Controls Mutants are mutants who can control their power. They were either born a mutant or from experimenting. They have powers but good weaknesses. They either hide from humans, pretend to be human, or go against the BEEs. Some famous known Mutants are The Fireflies, The Butterfly, The Dragonfly, Frozen Flakes, and more. They have a tendency to get angry easily and avoid population. They meet up at the Inn or Tavern to discuss. They do deal with Overcontrols who bump into them now and then, Mutants can be anything, from vampires to werewolfs, from phoenixs to ghosts.

Soul Daemons are a witch's soul trapped in a animal form. They cannot go far from their witch. If either the Soul Daemon or Witch feels pain, the other will as well. When a witch is little, they can change to any animal they want, but once they grow up, they have a final form. A soul daemon is the oppoisite gender or sex of the witch, with only a 2.71 % chance of having a daemon the same sex. Soul Daemons can talk as well.

Spirits are supernatural enties of souls that use to be living. They're are many types of spirits, including moon, water, fire, and more. Spirits are made up of different space particles, a little bit of Dust. Many spirits are evil, trying to revenge their souls. Others just live the rest of their lives.