Hey. Any ideas? Any preferences?

Do you have any ideas?

Not really. Hmm what age should it be based on. Like college, high school, older??

Sorry just saw this.
Maybe...
1)Love Triangle
2)Incest
3)Kidnapper
4)BF and GF turned stepbrother/stepsister
5)Romance/Danger (he could be in a gang or something)

You want to be the guy?

Sure it doesn't matter. 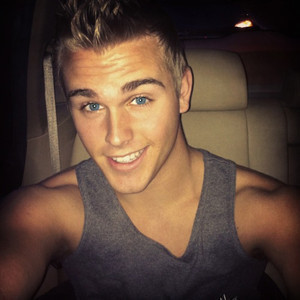 I can't see the appearance. It's blank

Oh I see it!
Okay you can start.

Cool.
Okay, You can start.

You get on often?

((Yeah. I might have to leve in an hour or two cause of band practice. First day of school and he's already doing this! Insanity.))

Brody felt like he was runnin on adrenaline as he made his third delivery of the day. He'd delt to this guy before, the rumor was he was dangerous but he didn't see it. There was always the chance he'd pull a gun, but Brody didn't think someone would be as stupid as to do that being he was equipped with his own. He knocked on the garage door softly, knowing the guy was probably already waiting for him.

Sarah was quietly reading a book. She got a bit bored and she decided to cook for a bit.

He made the delivery, his nerves settling. He went back to the dealers, telling them all was good before heading back towards his apartment that was near campus.

She then walks outside a bit close to Brody. She looks at him with her hands in her pockets.

"Hey Sarah what've you been up to?" He asked casually as if he hasn't just been dealing earlier.

" Nothing just reading, You?" She puts 1 arm around his neck for fun. She had been friends with him since highschool.

He smiled down at her. "Oh you know killing bad guys and making the world a better place," he told her.

She smiles,"Any thing else to it?" She trails her fingers down his chest feeling his musules," Have you been at the gym resently?" She laughs a bit

"Rescuing the damsel in distress, and trust me there are one too many of those." He said laughing slightly when she poked him. "Not in a while."

"Of course, where to?" He asked excitedly.

(( I wanted Brody to belong into a bad gang and he is trying to hide it from her but she figures it out and you can add on to it.))

((Okay that's fine. Sorry just got back from band like 30 minutes ago))

(( Thanks, I did not like the idea of him being in a good gang you know bad gangs just make the RP more… You know.))
She smiles at him and then she walks with her arm still around his neck

He smiled, removing her arm, and holding her hand.

(( More active and interesting. :) ))
She smiles and holds his hand gently.

He opened the door once they arrived at her house, allowing her in first before following.

He chuckled softly. "Hanging out here is fine, unless you want to go to the park, anything's good."

She smiles," Here is good enough." She went close to him