Sorry I was watching a movie :) but yes! I've always wanted to I one of these :D

Oh, no worries!
You haven't? They're definitely fun. Fuuuuull of drama hahah.

They seem like it!
So for the setting maybe it could be a smallish town? Everybody talks in a small town, maybe it could add more drama?
Then maybe she could be from a highly respected, super conservative family. Then because of that upbringing she wanted to do something rebellious and had sex (of course we wouldn't role play that. Maybe we could start with the two waking up together? Then we could role play their relationship a little before she finds out?) with her boyfriend, but then something happened and she ended up pregnant?

Sure! All of that sounds really good to me :D

Yay! Sounds good to me :) so how do you do characters?

Well, I was doing suuuuper detailed ones, but I've been lazy with them and have just made pretty simple ones. I find that they take forever to get to the roleplay, and it drives me a little crazy, especially if I'm excited xD
So do you mind if we just do simple characters?

Yes simple characters is fine with me. That looks good :) I'll work on her now. 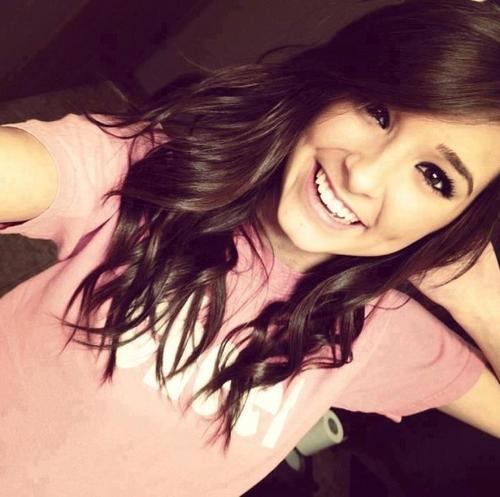 Ali is a cute, petite girl. She comes to a staggering, or what she wishes to be staggering, 4'10" height. She has a small built, very slender, but the small stature gives the illusion that her curves — what would be considered normal on an average person — appear much larger on her. She loves it, it makes the boys stare, but she would never let anyone know that. She has mid back, bra strap length brown hair that is naturally wavy. She likes to keep it natural most of the time, but she'll straighten it from time to time. She has dark brown eyes framed with thick lashes. She has a smile that could light up a town and cute dimples.
Personality: Ali, the sweet, innocent daughter of Misses and Mister Kingsly. Nothing bad is ever heard of the respectful girl. She is a daddy's girl. She is held in as high of respects as her parents. That's all the town sees of her. That's all the town knows of her.
Ali is sweet and respectful, but maybe innocent isn't the right word. Raised in the strict household kindled a rebellious spirit. She snuck out a few times, partied pretty often, broke a lot of hearts. She went through guys pretty fast, but she never crossed the line. That she was innocent to.
Ali can deal with talk, but not condensing talk. She is a people pleaser, even if she doesn't show it, and she doesn't take hate very well. She is used to being surrounded with smiling people. She likes positive attention, but not negative.
Other:

She's awesome! I'll get started on my guy!