Woohoo! Done with second round of proofreading and to celebrate, I'm releasing the first two chapters of Silver Fire. Also,

is 99 cents right now on Amazon and Smashwords if you want to read about Jack and Maia first.
I'll be putting up another post to call for ARC reviewers next week. For those who are already on my list, I'll be sending an email out next week. 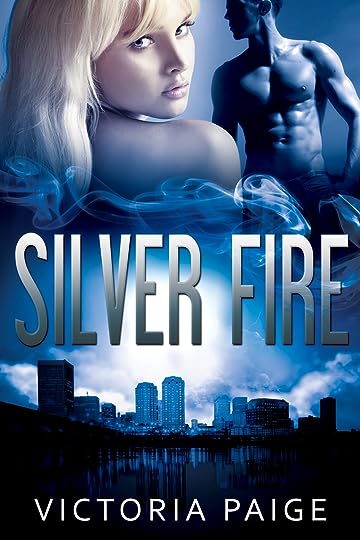 Blurb
What if you hold the blueprint to a device that can destroy an entire city?  Sophie Marie Leroux is a genius nuclear physicist who runs Silver Fire Research, a laboratory that has developed the technology to enrich Zefinium—an element so versatile, it can be used as an infinite power source. It is also rumored to be an alternative to weaponized plutonium. Certain factions want to see that research buried, and the only way to make it happen is to get rid of Sophie. But greed has brought out sinister forces that may just coerce her into building the most lethal weapon since the nuclear bomb.
Derek Lockwood has avoided commitment all his life. His past involvements in high-risk missions with the Army Special Forces and Artemis Guardian Services (AGS) are not exactly building blocks for meaningful relationships. Now an executive for a defense company, he finds himself attracted to his new business partner. An angel with a mind like Einstein—Sophie just may be the one woman who will have him forsake all others. However, behind Sophie's brilliant mind lurks a dark past, and Derek will need all his intellectual and sensual expertise to break through her emotional minefield.
*Strong sexual content and language. Mild sexual deviances. Ages 18+

Want a quick excerpt, here's one for you! This scene is from the first chapter.
---------------------------------------------------------------------
Derek was squirming in his chair, trying very hard not to stare at Dr. Leroux and failing miserably to concentrate on what Stephen Parker was saying about the latest results from an enrichment experiment. She had been a few minutes late to the meeting and as she swept through the room, her scent made his nostrils flare with some kind of primitive longing. She had the fantasy librarian look down pat; her hair, which was swept up in a messy knot, was the color of pale corn silk and her amazing gray eyes were seductively framed behind cat-eye shaped reading glasses. He could not help himself from picturing her on a desk, her long lean legs crossed while stretching the limits of a tight pencil skirt. He imagined himself walking up to her, ruthlessly uncrossing her legs, shoving her skirt up, spreading her thighs and—
Laurie kicked him under the table, and he glanced briefly at her scowling face. She was clearly telling him to pay attention; after all, he was the main liaison with their design engineers.
“—so based on MDI’s required application, we are very confident that you would be quite satisfied with our process for enriching zefinium,” Stephen Parker finished.
“Yes, the emission levels are more than sufficient to amplify and generate spurts of concentrated beams that can penetrate a half-foot depth of lead,” Jack replied. “I’m a bit concerned about the triggering device, how small we can make it?”
“I have tweaked my design considerably,” Sophie spoke up for the first time. “I’ve sent out my schematic to be cut-out by my manufacturer. I should have it in a few days. It should fit a typical rifle trigger housing.”
“Excellent,” Jack said as he shot Derek a pleased look.
Derek chanced a glance at Sophie and saw her openly observing him. Interesting. Could she be aware of him after all? She quickly averted her eyes as a blush stole up her cheeks.
Very interesting indeed.
“I must say, you are quite brilliant, Dr. Leroux.” Derek tested his theory while flashing her his most charming smile when she returned her gaze to him. “A rare find. Beauty and brains. Your boyfriend is a lucky man.”
Sophie turned from pink to red.
Stephen Parker almost swooned but caught himself before he behaved unprofessionally. Instead he spoke rapidly: “Shedoesn’thaveaboyfriend.” And coughed behind a folder.
Jack leaned into his friend and whispered, “What the hell are you up to?”
Derek did not answer. Fortunately, Laurie, being the perfect assistant she was, distracted everyone by handing out copies of the contract. “Mr. Parker, Dr. Leroux, I believe you all have read the contract. There were no additions or deletions, but you are welcome to peruse it again.”
“We’re satisfied with the agreement,” Sophie replied and flipped through the pages of the original contract that bore the signature sticker and quickly signed and dated the documents. She stood up and looked at her watch. “Gentlemen, Miss Stone. On behalf of Silver Fire Research, we welcome the opportunity to work with your company.” Sophie bowed her head courteously and walked out the door.
Stephen Parker was smiling as he leveled his stare at Derek. “You flustered poor Sophie.” He signed his part of the document before handing it back to Laurie who passed it over to Derek.
“That wasn’t my intention,” Derek replied with a frown. He felt a tad guilty when it appeared that Sophie couldn’t get out of the room fast enough. Either he affected her the same way he was by her, or she was just socially awkward in handling non-business-related interactions. And he couldn’t reconcile the glorious blonde hair, beautiful face, and willowy body with a mind that could calculate half-lives and radioactive decay.
“My ass,” Jack muttered.
“Gentlemen,” Laurie admonished. Derek chuckled at Laurie’s attempt to curb Jack’s cursing. Cursing and the military way of life went together. Jack and Derek had that habit in spades, particularly when they were riled or dealing with the DoD and when there were no suits from Washington DC around.
“You need to show her a good time,” Stephen told Derek. Obviously, the formal part of the meeting was over.
“You do realize you’re pimping out your boss,” Derek said, his brow arching.
Stephen grinned and then shrugged. “I’m just having fun teasing both of you. She’d never agree to go out with you. Otherwise I wouldn’t have suggested it.”
Was Parker daring him? He, Derek Lockwood, who had no problem getting any woman in his bed? Jack noticed the gleam in his friend’s eyes and shook his head. Too late. The gauntlet had been cast.

I loved the previous books in this series. I appreciated the free chapters and they got me interested in the book. I was enjoying it UNTIL Derek had sex at the end with one of his women while a traumatized Sophie is a guest in his house after almost dying. I was hoping it was not going to go there when his reputation was mentioned. It just made me so mad. That is so tasteless on his part whether it was meant to be seen or not. Maybe he was even fantasizing about Sophie while smexing, but it just killed it for me. I am disappointed in Derek. Not a good start and I would not want him after doing that. I don't care if the woman was invited or not, or surprised him in his sleep. Just being honest here. I feel so bad for the heroine. I know they aren't together yet, but that was just sleezy. And Sophie better demand a medical report since he has 3 women. I am on the fence. Tell me he does not continue to be a hound dog after this scene! I am not trying to be a prude here, and I know the voyeurism may be a way to entice the H/h even more to one another, but I just don't like my Alpha going there with another woman in front of the h. I think it is hard to erase that memory from her mind once seen. I would feel that way.

Aw Ms. Delilah, that indeed was a risky scene, my friend was also bothered by it, but I left it in there. I believe he'll redeem himself and this would be addressed in the next chapter or two.

Ok, thanks for your reply. I figured I wasn't the only one that got steamed. I hope he has to grovel a bit after that bad behavior. LOL

Karen wrote: "I, too, was a little upset that Derek was having sex while Sophie was in the house. But of course it ads to the angst. I can't wait to read this book!"
Yes, it does add to some angst. :) But this scene will be somewhat relevant to some future events.

Fire and Ice (other topics)