Looks: Kallan has chocolate brown hair that is almost always fashioned to be "spiky" (for lack of better word), gorgeous emerald green eyes, and has a well built frame from swimming, but not so muscular that it's distracting.

Personality: Kallan is the strong-but-silent type. He's almost always seen with his sketchbook in his hand, seeing as he is extremely talented in the arts. While he may be rather quiet an appear to be uninterested, he is always listening. Once people get past his stony outer she'll, they can see the real Kallan; a boy with a big heart who would do absolutely anything for his friends.

Skills: Kallan is on a swim team, so he's talented at swimming. He also is amazing at drawing and painting, and is just recently trying his hand at sculpting. Kallan also has a nack for reading people, so don't be offended if he makes a blunt comment.

Pets: A German Shepard named Attie, which he got for his birthday many years back. He loves the dog to death, and has numerous sketches of her in his sketchbook.

Other: Kallan has the cutest dimple when he smiles. It's just so... Adorable.

Looks: Jasper has sandy blonde hair that is always messy no matter what. He has dark brown eyes, he is rather tall, and is slim and muscular.

Personality: Jasper Evans is the "bad boy". He doesn't care about being on time, which means he is always late. He rides a motorcycle and is a total player with the ladies. He uses you, and then he dumps you. But perhaps he is just waiting for the right girl....
Skills: Can charm any girl into doing anything for him, knows exactly what to say and when to say it, never seems to get in trouble

Other: Has an incredibly charming smile that you swear his teeth sparkle 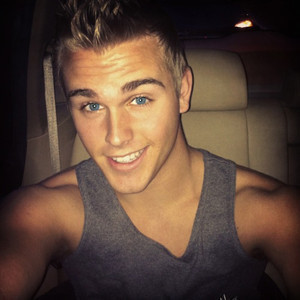 Personality: He is somewhat shy but is a vary sweet guy and loves to her people. He loves music and is a vary good musician.

Other: He is wanting to start a band

Any Possible Nickname:
None 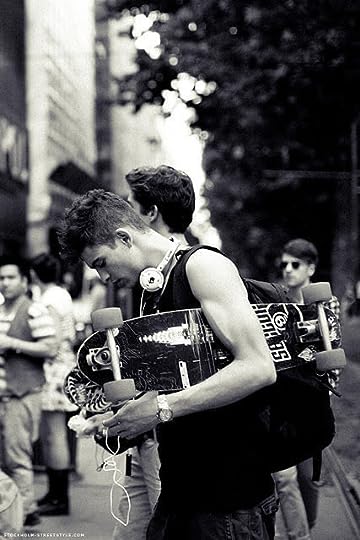 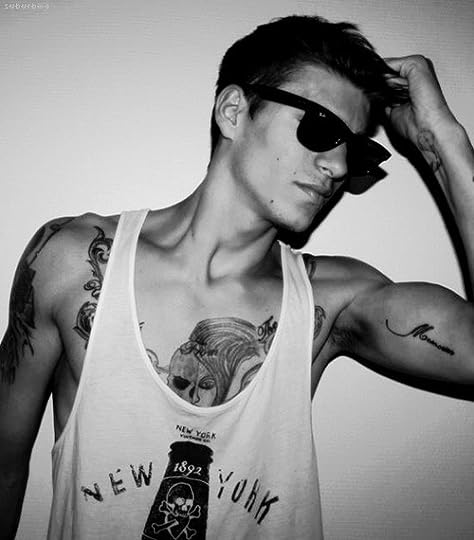 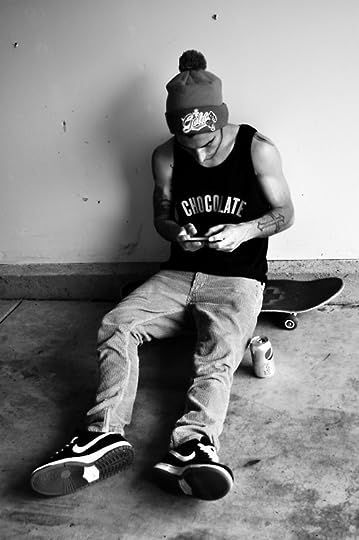 Personality:
Dylan's the type of person who can't just sit back and watch- he needs to be involved. He also hates being ignored- and if he is by anyone that person will have a very hard time getting him off their back. He loves to talk about anything and everything- he hates silent people, who have nothing to say- 'cause quite literally he's never at a loss for words. 'Cause of this he's outgoing, and he doesn't really think before speaking.

History:
He was raised in a family with seven other kids, so its a relief to finally be out of the house, and away from all those siblings. But he loves them none the less, because they've made him the person he is today.

-He loves skating more then anything
-Football

Dislikes:
-Quite people
-People who think they know everything

Weaknesses:
-Finding good friends, who can talk as much as him
-Being consistent in something besides skating and dancing
-Relationships; not his thing 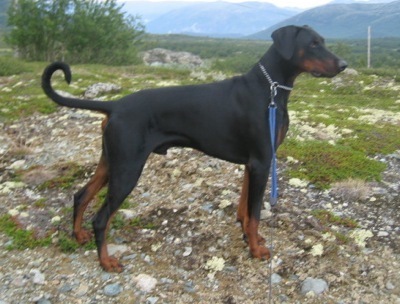 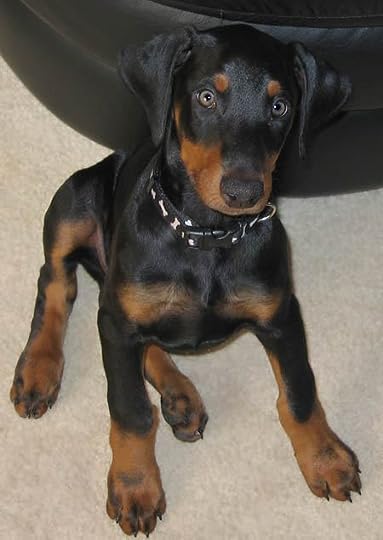 Nicknames (if any): none

Social status Popular with the girls 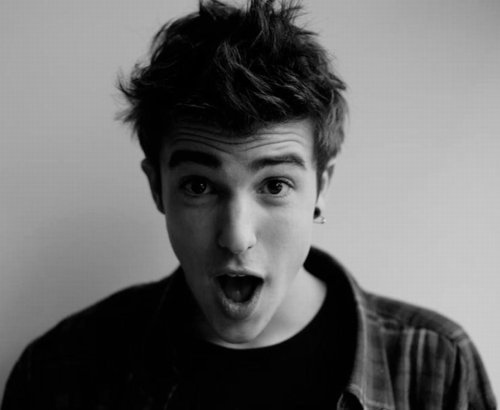 Skin Tone: Tan color, from sun, but is otherwise quite pale
Height: 6'3
Eyes: A muddy brown color, with some small flecks of light gold.
Hair: A dark brown natural hair color.
Tattoos, Piercings, Marks, Scars, etc.:
A small scar on his left arm, he got it at a young age, and can't remember exactly where it came. Other then that no tattoos or piercings.

Personality:
Avery is really kind, he'd never turn his back on any living soul. He usually shy's away from males, but easily can make friends with girls. He's also pretty sporty, loves to play football. You'll rarely ever seem him sitting on his couch watching the game, or watching any TV in general.


History:
His father died when he was probably at the age of 13, he'd be lying if he said he was traumatized by it, and broken. The truth was it was kind of a weight being lifted off his shoulders. His father used to beat him and his mother to no end, a couple of times on occasion his mother would end up in the hospital.

Soon later at the age of 15 his mother died, and he was to live with his Aunt. He wasn't all up to it, being she was from his fathers side of the family, but she wasn't as bad as he'd been expecting. Now he lives with her- but he worries that soon enough she'll leave his life as well. .

Likes:
>Dancing
>Hard/heavy music
>Fresh baked food
>Snakes, and all animals
>Tattoo's- although he personally doesn't have any

Hey. Figure I'll join. :) Maybe I can spice things up.

Here, you will create a boy character.

Looks: Tall and kinda skinny. Lanky, I suppose. He gets it from his dad. He has a family of tall, skinny people. He has a very angular face and a wide mouth. You know the type. He's got dark skin, almost African, but much too light to be considered black. He gets it from his mom's side of the family. He's got a few light freckles and dark, curly hair. He had to wear braces for six years to fix his teeth and he finally got them off last year. When he was a kid, he got into an accident that tore the ligament so badly in his left knee that he now walks with just the slightest hint of a limp. He wears contacts mostly for his poor right eye.

Personality: You'll just have to get to know him, huh? I've already given you a LOT of spoilers above.

Skills: You could ask him, you know. XD But fine, I'll give you this one. He plays percussion and clarinet. But the rest, you'll have to ask him about.

Relationships: He has a close relationship with his younger sister, Lisa. But if I tell you everything about him, I'll just spoil the fun.

It looks like other people are writing more, but honestly, I think it'll ruin the fun if I lay everything about Jay flat out and give no chance for shocking revelations or deep character development. :) If I HAVE to put more, just tell me and I'll work on it. But if not, please approve me and I'll try to help revive the RP!

Hey, guys. I made short work of my character bio, so if you need more details, I'm happy to give them.

Looks: For a reference picture, Google the name “Matt Walst”. If you need more information than that, he’s the new lead singer for Three Days Grace.

Other: He’s politically liberal and non-religious. 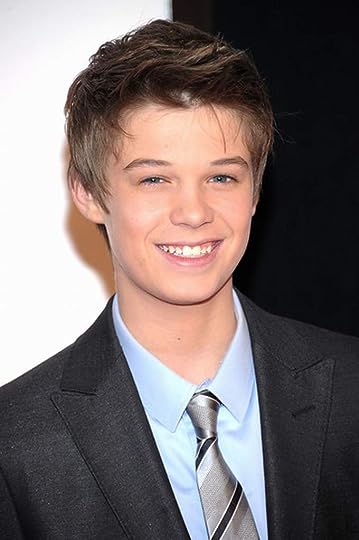 Relationships: Alana Davis (16 years old. Anyone may rp her. Brenden kinda sorta has a thing with Alana.)

Other: Brenden does not talk about his history.


History: Brenden has had a complicated and depressing history, but the short version is just what you need to know. His mother and father divorced when Brenden was 14. His uncle was an alcoholic and died of that because he was drunk driving. Brenden's little sister died in a car crash, she was with her uncle and he was drunk driving. Brenden has often been a jerk to people because of what happened to him in his past, but he is willing to be friends with people if they let him and he is willing to start over with people if things do not go as planned. 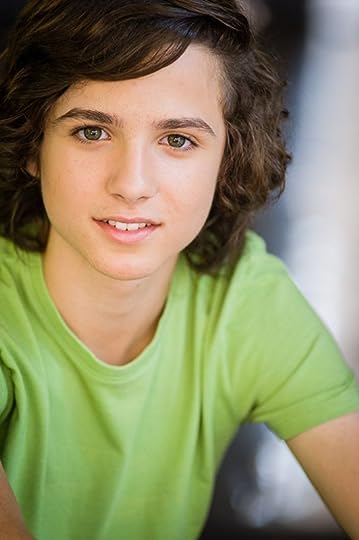 Personality: He is kind. He is caring. He is smart. He is outgoing. He is athletic. He loves Football. He can easily make friends. He does not like tests and quizzes. He hates writing essays. He is willing to start over and be friends with someone if the occasion that something does not go as planned does come into action.

Other: Plays Football on JV team for the school as #69. Anyone may make Steven's brother into a character. 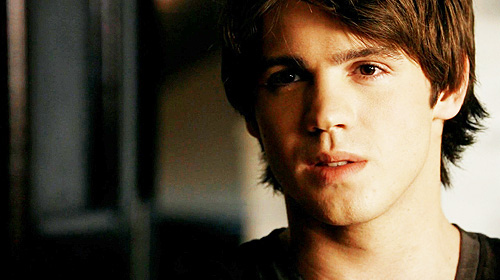 Personality: Jeremy is deeply affected by the loss of his parents and he originally dealt with this through drinking and drugs, relying on them and his love for Vicki to keep him happy. Thanks to his ancestor's journal, Jeremy grew very interested in local vampire legends, befriending Anna, who also seemed to share his passion. However, his love for Vicki was still his primary focus as he thought he could live with her forever. However, he fell in love with Anna.

After discovering the existence of vampires, Jeremy became more involved in his sister's and the Salvatore's worlds. He would help them in their efforts against Katherine, always looking out for his friends, showing a vast and sudden maturity that Bonnie Bennett took notice of and grew attracted to. He started a relationship with Bonnie, citing how he wasn't a little boy anymore. Jeremy has consistently shown himself to be very brave. Often, he took on difficult and dangerous tasks without complaint, and is extremely loyal to his friends and family. He is also a talented artist, but since her started believing in vampires, that skill has been sidelined in exchange for his natural curiosity about the vampires.

Other: Plays Football for the school's Varsity team. Anyone may turn Jeremy's sister into a character that is used in the rp.

personality:he makes friends easily but hes the shy type. he can be quite the party animal when hes surrounded by his friends.hes kind and caring. and if he loves you he would do anything for you.he likes to give attention instead of being the center of it and hes addicted to his phone.he will seem uninterested but he is really paying deathly close attention to everything.

skills: he is really good at reading people. hes good at wrestling and soccer. he knows what to do in very serious situations. he can buy his girlfriend tampons without batting an eyelash(very impressive),hes a really good artist too.(he thinks his cooking is good but it really isn't)