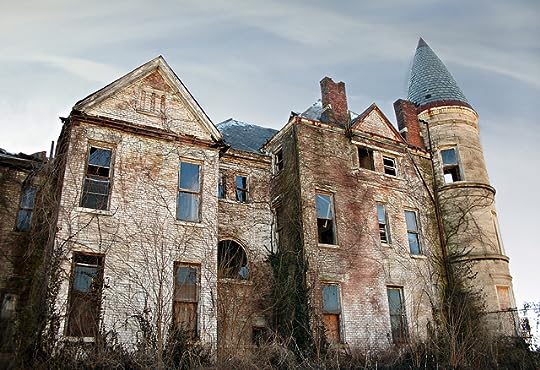 Skylar burst through the door and headed up the tower that no longer had a roof to it. Once she reached the top, she took off the crystal and at once, she remembered everything. She knew what she had to do thanks to her parents not so wierd sayings. She looked up to the moon and leaned over the edge. She sliced her hand with the crystal and let the drop of blood fall to the ground. Suddenly, she felt something deep inside of her stir. Her eyes glowed like grey orbs as with almost no thought, she etched a star in the center of each palm and let the blood return to the earth far below. She then stared up at the moon and proceeded to crush the crystal between her palms. It hurt like hell but she felt a powerful rush with the pain. When she was done, she looked at her hands. Some of the crystal dust fell to the earth. The rest remained in the lines of her wounds that marked the star. Suddenly, the moon shone brighter and her hands glowed. Two stars appeared along side of the moon. She gazed at her palms in wonder as two silver stars remained on her palms completely healed. She clenched her fists shut and stared at the moon.

(To go with her song Stars Dance. She's made partly out of star dust. Kind of like the book Fallen Star.)