Anyone watching this? I just saw the first episode, and while I'm sure they beefed up the drama for the show, I was amazed some of these people waited until like 2 weeks before the show to start making their costumes. I mean, I would have given myself waaaay more time since this is all about winning the competitions, and not just having fun.

Other than thatvit was pretty entertaining, and there were some amazing costumes shown, not just the show people's, but all the other cosplayers they were up against.

I've never cosplayed myself, and only been to one convention so far, but it does look like fun.

Mod
I've watched. I'm always impressed by the cosplay I see at Otakon every year and it made me curious.

I hate most reality TV so I don't really care about the drama. I'm mostly just interested in the creativity of making the stuff. Like the whole plaster thing to make the tiefling horns.

My gripe so far me most of them seem to be doing it for the "wrong" reasons, but if they enjoy it, more power to them I guess. As you said, all about winning and not just about having fun.

I wish they did more with some casual cosplayers and didn't just focus on the "hardcore" ones.

Like I'd be curious how serious the guy who actually won on the first show is. An interview with him about making his costume beyond what the judges asked him during the competition would have been interesting.

I've recorded episode 2 last night, but no clue when I'll actually watch it.

I watched episode 2 last night. I'm also not into the drama. I wish they'd show more about the crafting of the costumes. I don't care about Monika being influenced by Jessica. I'd rather see all the work they put into their costumes.

I've never cosplayed either. I find it fascinating thought. The level of talent and creativity that people put into it is inspiring and flat out amazing.

I agree with Rob. The manufactured drama leaves a bad taste in my mouth. I would like to see something more like Trekkies (the documentary) and less Kardashians.

reply | flag *
message 5: by [deleted user] (new)
Aug 21, 2013 12:00PM
I was curious and watched it last night too. I too wish it was more about the fun and creativity and less about the drama and who has bigger boobs or whatever.

I believe my wife and I are planning to watch it tonight, since we saw it show up on Hulu.

We're in the middle of finishing our own costumes for PAX Prime, and I'm just about done with the props.

I've made a GladOS helm for my wife with an LED eye, and I have a portal gun with a 1000 lumen light source that can project an image of a portal at about two meters in normal (~500 lumen, e.g. an office building interior) lightning pretty well.

We're going with Portal-themed evening wear, so I have slacks, a vest, and a tie in test subject orange with Aperture logos on them and a test subject designation code instead of a boutonniere, and she has a dress with stylized personality cores worked into the pattern, along with some personality core jewelry.

...I should totally be blogging about our process. Maybe I'll get some pictures up of my props, at least (because I'm genuinely pleased with how they turned out), and possibly the raw materials that went into making them.

That sounds amazing! I'd love to see pics.

Mod
Ala wrote: "I was curious and watched it last night too. I too wish it was more about the fun and creativity and less about the drama and who has bigger boobs or whatever."

That brings up another point. I'm not sure if the "cast" changes each week, but episode 1 featured 1 guy, and he got the least screen time. I'd be fine with it if it was for the right reasons, but given their choices it seems to mostly be about the t&a.

That one girl has a boyfriend who cosplays. I'd like to see them do something together. I'm always impressed most by the groups of people.

One year there was like 15 people who all did different characters from super smash brothers.

And another year a bunch of my friends did 8-bit. We couldn't make it 10 feet without being stopped for pictures.

Mod
Sky wrote: "I believe my wife and I are planning to watch it tonight, since we saw it show up on Hulu.

We're in the middle of finishing our own costumes for PAX Prime, and I'm just about done with the props...."

That sounds awesome. I want to go to PAX Prime sometime, but it seems to large for my liking now. Plus it sold out before I knew tickets were on sale. I wish I had gone when it was smaller.

Mod
So I started episode 2. Looks like some overlap of people, but some new people. Still just the one dude.

Why you gotta hate on the handlebar stache?

Mod
Yeah. Chloe and Jesse both seem to have the right attitude for me. The whole fat guys shouldn't cosplay superman thing was crap.

The drama is typical, and they clearly chose a couple REALLY dysfunctional people -- because hey, TV -- but it's still far more interesting than most reality shows.

Yaya had good points about the sexuality thing in episode 2, but that kind of talk is just going to go over the head of a 19-year-old who's won the genetic lottery and wants to show off the goods.

I agree that Steamtrooper was robbed. That was a terrific costume.

I think Chloe Dysktra* from the Nerdist was the most entertaining, and ported in a big ol' reality check on some of the crazy drama, but the point about "once you add money" to the mix was valid, as well.

“Money will be the death of everything good in your life, I guarantee it.” – Dan Harmon, keynote speech at 2012 XOXO festival

So far, though, none of the participants have broken out with some genuinely over-the-top crazy-ass quotes, and that's what this show needs. I mean, check this out from a recent episode on another reality series:

"She could be doing anything out there [Los Angeles]. She could be eating candy and soda." – Amish guy about his sister, Breaking Amish

* Chloe Dykstra's name may be familiar to movie nerds, since her dad is John Dysktra. yes, THAT John Dykstra. She was also in the episode of Wil Wheaton's Table Top that convinced me to buy Fluxx. (Although they play Star Fluxx in that one.) [Warning: we have discovered that Fluxx is not to be played with people of Italian, Irish or Mexican descent.] 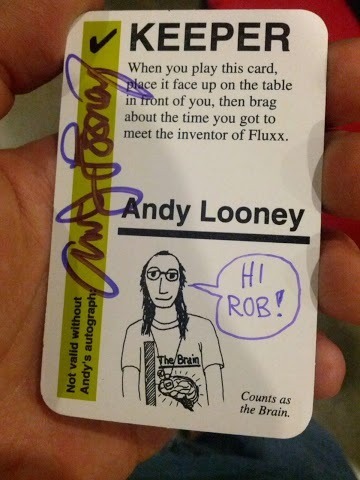 I wasn't never a big fan of Chloe until last night. Her view on cosplay is basically the same as mine. "Play" is in the title - have fun with it.

Also Holly Conrad is my favorite because she cosplays as Commander Shepard from Mass Effect. I first saw her in Comic Con Episode IV: A Fan's Hope and she was just cool. Been a fan of her's ever since. And she freaked out when Jessica tried hugging her and I hate when people touch me.

All right, here's my cosplay stuff: 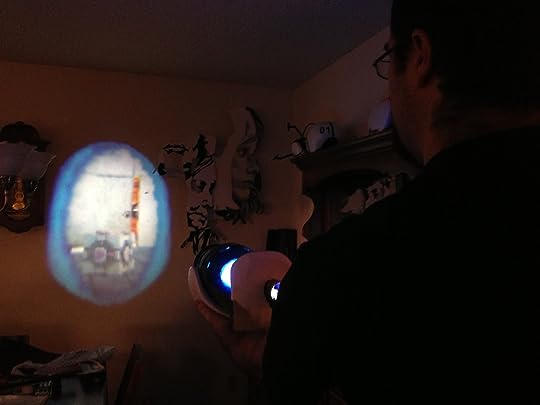 This is also the part where I trick you into visiting my blog for more details on how I made all that stuff!

Okay, not details so much as rambling commentary with pictures. And not trick so much as post the link in case you're interested. Anyway, here it is:

I haven't watched the second episode yet, but the first episode was ghastly. This girl Sachie does a cosplaying vlog on the Geek and Sundry Vlogs channel and she makes cosplaying seem like so much fun. Then I watched HEROES OF COSPLAY... and those people made it seem like waterboarding would be more enjoyable. I am going to watch the second episode just to see what Chloe Dykstra brings to the show, but I doubt I'll stick around for the third episode.

Sky that is fantastic!

All drama aside, I watch for the chance to watch talented people do what they love. I am always impressed by people who create. These folks might have alterior (money-driven) motives-- but in the end they got into Cosplay for the joy of becoming s beloved character if just for a little while.