Mod
WAIT FOR YOUR CHARACTER TO BE APPROVED BY A MOD. And please use this form for your character. If you know how to bold, please bold the Name:, Age:, etc. If you don't, don't worry about it. 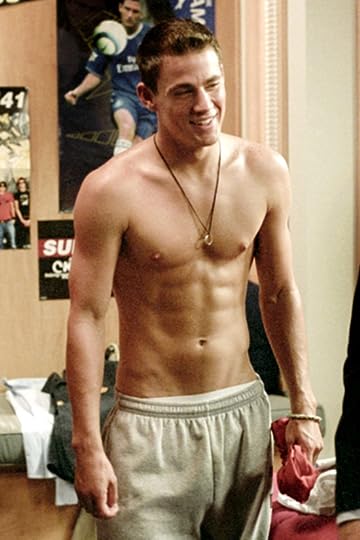 Height: 6'1
Weight: 145Lbs.
Hair color: light brown
Eye color: blue
Complexion: tan
Personality: Dylan is an out going guy. He is nice, kind, and hard working. He doesn't deal with anyone's crap. He stands up for his friends, even if it means he has to throw some punches (something he has no problem with)
History: Dylan grew up in poverty. His mother had died from illness and his father wasn't the best person. Dylan made the money fort his family by the time he was ten. His dad finally moved away to the mainland when Dylan was 14, leaving him with nothing but a house that was too expensive to keep. Dylan moved out and started working at the stables. He had no problem with the horses, even the water horses. They didn't scare him (too much) once he understood them. He's been working there ever since.
Family: Dad~ left
Mom~ deceased
Occupation: Stable Hand
Racer or not: Yes
Sexuality: straight
Crush: open
Other:

Gaea is small and slight, standing at a height of 5'1" and weighing barely ninety pounds. She is quick and light on her feet, very nimble and agile. She has a straight, angular figure, with narrow shoulders, a slim waist, and slender limbs. She has rather elfin features, with her planed face, high cheekbones, and slightly upturned eyebrows. Her eyes are a bright blue flecked with gold, and she has midnight black hair that reaches to a little past her shoulders. She has very fair skin. She is the type of girl who is always perfectly at home in her body. Despite her small size, she is unusually strong from her years of riding the capaill uisce. She is very swift and athletic, and always moves fluidly, as graceful as any dancer.
Height: 5'1"
Weight: 90 pounds
Hair color: raven black
Eye color: blue with flecks of gold (view spoiler)[ 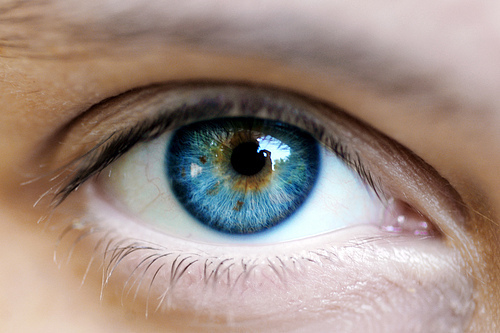 Personality: Gaea doesn't have much left in the world, other than Thunder, the capall uisce that she loves so much. That and her love for the sea and the water horses and the thrill of riding. After her father's death, she closed herself to other people, put up a wall around her. She seems always to be far away, distanced from everyone else. There isn't anyone alive who she really and truly cares about. There are only the capaill uisce.

Gaea is fearless. Nothing fazes her. People say she is as wild as the water horses she loves and as free as the sea. She doesn't care what others think about her and say about her, she doesn't care for attention or popularity. She cares only for the water horses and the sea. She is difficult to understand, and though practically everyone on the island knows her, or knows about her, they don't really understand who she is. She doesn't have any close friends, although if she did, she would be forever loyal to them. She is independent, fierce, and proud, a free spirit, impossible to tame.

History: Gaea was born the only child of Thorfinn and Astrid Envy. Thorfinn and Astrid never had a happy marriage, and when Gaea was four, Astrid left Thisby for the mainland. Thorfinn raised Gaea alone. He was a reserved man, not an outwardly affectionate one. Still, they loved each other dearly, and life was good for the two of them despite the absence of Astrid. Thorfinn rode every year in the Scorpio Races, and so Gaea grew up loving the capaill uisce. Thorfinn won some and lost some. And then when Gaea was eight, Thorfinn was killed in the Scorpio Races.

With her father's death, Gaea was now virtually an orphan, for she knew nothing about her mother's whereabouts. But Gaea had a way with the water horses, and so she turned to them. Disguising herself as a boy, which wasn't too hard at the age of eight, and calling herself Gage Thorfinn, she got a job at Malvern stables. She was young, so she was given small jobs like cleaning, etc. But she worked her way up. At age thirteen, she rode for the first time in the Scorpio Races, on a bay mare that she herself had caught and tamed and named Ila. Gaea Envy as Gage Thorfinn, riding on Ila, was second to cross the finish line.

During the months afterward, she caught a black stallion capall uisce from the sea as a storm raged overhead. Of course, as she still worked for Malvern, the stallion belonged to him. But first the water horse had to be tamed. And that soon proved to be an extraordinarily difficult task. He was not the first water horse that Gaea had caught from the sea, but he was different from the others. Breathtakingly fast, wild as the sea, and full of a raw power, the stallion refused to be tamed. Many tried and failed. Countless were maimed, some killed. Until Gaea tried. And succeeded. She fell in love with that stallion, and he in turn with her.

Days before the Scorpio Races, when the song of the sea called especially powerfully, Gaea had to step in to stop a pair of capaill uisce from killing two men. She was injured but succeeded in saving the men's lives. Her injuries knocked her unconscious, however. She was taken to the doctor to be treated, who realized immediately that she was a girl. She admitted that she was Gaea Envy, daughter of Thorfinn Envy, who had died in the Scorpio Races years before that day. Of course, word traveled fast on the little island, and soon everyone in Thisby knew who she really was. There was an uproar. A girl had ridden in the Scorpio Races, had proved herself to know the water horses. And she had already entered in the Scorpio Races for that year. There was a huge debate about that too. But there was no rule against it, and Gaea had already shown that she was as good, if not better, with the capaill uisce as any of the men. And so she was allowed.

Gaea, now fourteen, rode the black stallion in the Scorpio Races. And won. The stallion had been previously named Malvern's Dark Dancer. Though he was officially Malvern's, everyone knew who his heart belonged to. It started as a joke, a throwaway comment made by some of the men. "Malvern's? Hah! That beast is the girl's, and Malvern himself knows it." And another would say, "He's Envy's thunder, all right." The name stuck, and so the black capall uisce became Envy's Thunder.

Gaea has ridden Envy's Thunder every year since in the Scorpio Races, and she's won a total of four times now. Though it still irks people, they've all grown to accept, if not like, the one girl who rides every year in the races.

Occupation: She works for Malvern, taming, riding, and training the water horses and the land horses.

Racer or not: Racer