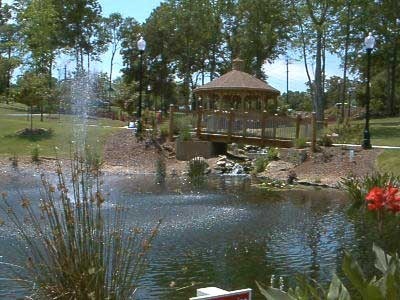 Mod
Kia walked through the park in the town, looking around for Rowan

Rowan didn't know about this place. Her natueral instinct was to be invisible, but she still followed Kia.

Terry pulled her book out of her bag and started to read.

Trey was drawing in the gazebo.

Bon Bon jumped then smelled someone. Bon Bon jumped to the gazebo then held on tight to the step on the gazebo. She got up from holding awhile and saw the boy drawing. Bon Bon barked than sniffed his foot and tugged his pants a little. She jumped on the wood to see what he was drawing. Soon she got off and then barked at Gianna to come here. Gianna touched the flowers and looked at the trees and shades. She was a little tired from solving a case recently then heard Bon Bon bark. She got up from kneeling to the flowers and brushed the dirt off her jeans and walked to Bon Bon, petting her and stracthing her.

"Isn't she just a cuty little one." Trey smiled.

Gianna saw the boy then got jumpy a little then said "Yea, and hyper" she said as Bon Bon went to Trey and sniffed his hand. Bon Bon jumped then yipped at Gianna to come here. Gianna got in the gazebo then sat next to Bon Bon while looking at what he was drawing.

"Gianna, and she is Bon Bon" she said looking at the boy's eyes. Bon Bon tugged on Trey's shirt to show the drawing.

"Aw. Hey Bon Bon! How are you today?" He took his painting and gave it to her.

"Zeus. He was a great man." The painting was a lightning bolt zipping across the water, the whole park blooming.

"Yea, strong too" Gianna said while looking at him. Bon Bon yipped than ran out of the gazebo then came back covered in yellow pollen. Bon Bon sneezed than fell in the water, looking like the painting. Bon Bon yipped and got up and shook to make her look puffy and white again.

Gianna giggled than watched Bon Bon get back in the gazebo. She sneezed again then was able to smell better for some reason. Bon Bon sniffed the air than smelled Trey. Bon Bon started growling and barking at Trey for a odd reason. "Bon Bon!" Gianna said while taking her and holding her.

"Yea, calm down Bon Bon" she said while petting her. Bon Bon soon calmed down and fell asleep. "She doesn't really act like that unless its a PUP, weird" she said then gently placed Bon Bon on her lap who was already sleeping.

"A PUP? I like PUP's actually. Never seen one though. Rumor has it they hide in the forest."

"Yea, I seen some now and then, sadly Bon Bon went through alot with them so she is not a fan"

"Umm her parents were killed by them and then she got hunted down" she said while looking down. Strands of hair covered her face as she looked at the white puff that is a dog.

The dog moved it's muzzle as it slept. Gianna looked down and smiled than looked out of the gazebo.

"Yea, not really a social girl, but people do know me, and you?" she said while looking at him than looking out the gazebo again.

"Oh, are you thinking of being social? Or are you those quiet mysterious men" she said teasing than giggled.

She smiled than looked out the gazebo, for her it was nice to talk to someone now and then but she couldn't. The only persons she talk to is the ones at her job. "So where did you come from" she said while petting Bon Bon and she curled into a ball even more.

She nodded her head. After awhile she leaned back and looked at him. She had nothing else to say, what was she suppose to say at this time? She took a deep breath while looking at him than looked at the river.

She looked at him than said "Umm, well," she looked out the gazebo and where the trees are. "Strange, exciting though" she said. She sighed than looked at him.

She nodded back for fun and smiled. She pet Bon Bon who was fast asleep. She looked down and then looked back up. Looking at little children and people go across the park. She sighed while looking at the people having fun and talking.

"Is it always this peaceful here?"

"Not after 5 PM, that's when some PUPS come I think, never seen them, just heard, sometimes I hear EDGE people yelling" she said while looking at the people pass by.

"What would you do if you saw a PUP?"

"Dunno, I might see one soon anyway" she said while looking at Bon Bon "Why?" she said looking at him.Why he one? No he doesn't look like one she thought. She looked at Bon Bon and rushed her fingers down Bon Bon's back which made her curl and sneeze. She giggled than heard her phone turn on. She took it from her pocket than picked it up. "Hello?" she said.

"Oh" she said looking at him. She looked outside and said "Hello, Tom?". All could been heard except for Gianna was mumbling and she had a conversation.

"Where?....Can't be we are here...South side?...Do you need me?...On my way..." she said in the conversation. She sighed than patted on Bon Bon's back and she woke up and yawned. Bon Bon stretched than licked her mouth before looking at Gianna. Gianna looked at Trey for awhile than said "I gotta go, case at the south side of the park" she said while standing up. Bon Bon jumped her way down to Gianna's feet.

"I am a detective, usually do human cases, usually" she said while taking out a pair of shades and putting them on.

"Bye" she said while jumping off the gazebo with Bon Bon and running to the south side of the park. Soon she saw the scene of crime. Dead human and two dead EDGEs. She went to the case with policemen telling her what happened than she started arguing with the man.