You and 3 of your friends went out of town for the weekend before going to college. But, a freak storm causes the driver(Carlos) to crash deep into a forest, destroying the SUV. It is pitch black 24/7 and all your have is a large sack of packaged food, 4 flashlights and a knife. You don't have a map and have no idea where you are. You must work together to escape the forest before a great terror strikes... 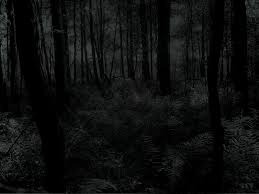 Carlos sprawled out of the ruined car. He coughed and looked around him. There was nothing but darkness. "Hey guys, are you all right?" He called.

Parson pulled himself out of the car. "Yeah, I'm good." He said, examining the car in front of him. It was definitely not drivable, "Well, car's totaled." He sighed, sticking his hands in his pockets.

"How about you, Maria? Is everything all right? Is anyone hurt?" Said Carlos

Mod
Maria's whole body was numb. Her body was in some type of squishy substance and she couldn't breath through her nose. trying her hardest, she reaches her arms into the air and shouts a muffled "Help me" But it sounded more like "Hirf Mi"

Carlos limped over and tried to yank Maria out of the car. He was weak from the crash and it took all his energy to get her out.

Mod
Maria felt someone's solid arm attempting to pull her out. She obliged and willed herself to be pulled up.

Mod
Jane moaned softly. She began to open her eyes slowly, only to find that they were already open. Is it really that dark?

The atmosphere around her slowly began to form. She began to remember where she was and what happened. Quickly remembering the crash, Jane took her hands and felt her body, hoping for no injuries. Everything seemed OK, except for this large gash on the left side of her forehead.

The others! Where's everyone else? "Maria?" Jane began to state the names of the people she remembered were in the car ride. "Carlos? Parsons?"

Carlos grunted loudly and Maria tumbled out of the car. He crawled over to Jane and helped her out. "Where are we?" He said.

Mod
Jane felt the gash on her head again, and winced. She needed proper medical treatment; or at least a band-aid. They all did. Then Carlos struck the question. "Where are we?"

She slowly sat up on what felt like the dirt ground. "Well, according to my general calculations, we shouldn't be that far off course." She paused. "Then again, we did crash pretty heavily in the forest. We're going to have to wait till sunrise before we make any assumptions."

Parson rubbed his hands together, "Good thing I was a boy-scout back in middle school." Walking a little off, he grasped some firewood and began to create a makeshift fire. However, as hard as he tried, he couldn't get a spark, "I'm a little rusty." Parson said, smirking.

Mod
Maria pulled her arms around herself and shivered. "What if we d-don't get a fire in t-time for n-n-nighttime. We'll f-f-freeze!" She exclaimed, and threw her hands up in the air.

Mod
"Calm down, Chicken Little." Jane grabbed her flashlight from her jacket pocket and shone it over Maria's face. "All we need to do is set up a fire and make up camp. We'll sleep here just for the night. Then, when dawn breaks, we'll go searching for the streets."

Finally, after what had seemed like a millennia but was probably only a few cold seconds, a spark flew up. Parson grinned as a fire blazed to life in front of him. "Got it guys." He said, standing up and brushing some strands of grass off his hands. "Now," he said, coming to the next objective, "anybody got a tent on them?" Parson highly doubted they would but it was worth a shot.

Mod
"We're going to have to make-do with what we have. We may not have a tent, but we do have the wilderness." Jane smiled, trying to give her friends even a bit of hope.

A long, whining howl was heard from not too far away. Jane wasn't too scared, but Maria looked like she was about to jump out of her clothes. "It's OK. Let's just get warm from the fire." Jane crept closer to warm her hands.

Parson, having not been expecting the howl, covered his ears, "Holy sh-" He cut off, remembering his New Year's revolution. He had told himself he would quit swearing, "Holy shish-kabob." Parson finished, watching Maria and Jane huddle near the fire.

"Do any of your phones work?" Said Carlos. His had no signal. It was even dead when it was completely charged.

"I didn't think to charge mine before we left." Parson said, pulling out his phone and pressing a button. "It's been completely dead for about two days now." He put it back in his pants pocket, "Never use it anyways." Standing from around the fire, he shoved his hands in his pockets. His eyes trailed up to the sky: it was sure getting dark out.

"We better get moving." Said Carlos. "I heard wolves"

Parson nodded, "Yeah, good idea." He looked down to Jane and Maria, "You two set?" His voice asked.