Hi. Do you have any ideas?

Not at the moment, did you have any you wanted to try out?

Mmkay, which ones do you usually do? What RP's are your favorites to do?

I do a lot of different RP, but the ones I just absolutely hate are:
-High school
-Kidnapper/ victim
-Summer Camp
-ect.

Yeah, I get you which ones do you love doing?

I'm fine with whatever you want to do. Since we're doing doubles I kind of want to do Girl Angel/ Boy Demon?

Okay, and I kinda want to do King(to be married)/Egyptian belly dancer(gift to the king).

Okay, Sounds interesting :) ,is the king marrying the belly dancer or someone else?

& the king ends up liking the belly dancer which someone gifts to him for the wedding right? :)
~~
By the way, I don't really feel like doing the angel/demon one anymore since I'm already doing one like that.
• could we do, Gang member/ rich girl?

Yes, her family(the woman he is to marry) gave it to him as a gift.

Oh okay, I get it. Now Charries? How old should I make the king & the rich girl? I was thinking the rich girl is like 17-18?

I know the king should be early to late twenties, and the rich girl is your choice.

Alright, I'll start working on them! What's the format?

[Name] Bianca
{Nicknames} They don't call her Bianca, they call her Flower or Dove. 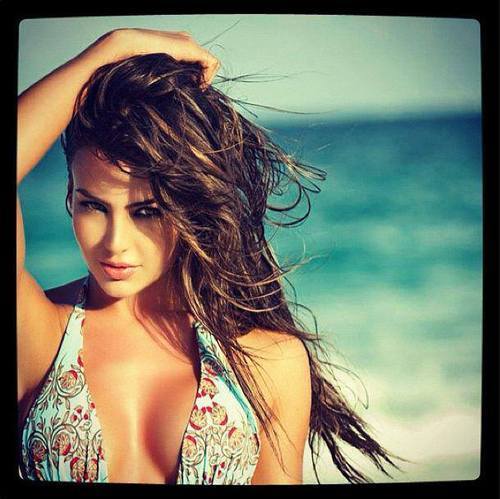 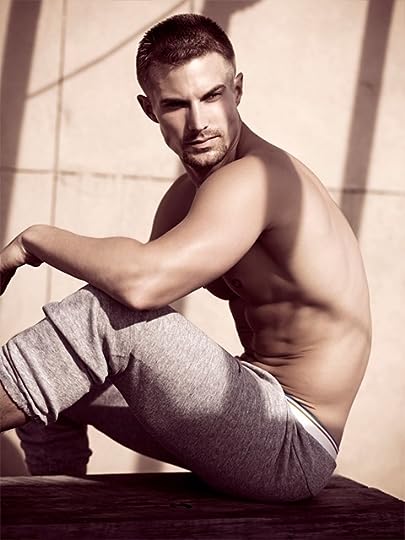 Are you ready? And could you start?

Brooke licked her lips as she walked down the dark alley. Yes, she had been stupid enough to forget to put gas in her car and it had stopped in practically the middle of the road. She was lost, and looking for either a gas station or just trying to find her way home. It was nearly midnight and it was completely quiet, so quiet that she could hear her heels crunching against the gravel underneath her feet. She held her purse tightly against her chest and took out her pepper spray just in case anyone jumped out at her. She glanced around hesitantly "Is anybody there?"she asked nervously nibbling on her pink bottom lip. Her phone was out of battery and there was no way she could call anyone to pick her up, might as well see if any one here in the dark alley could help her.
~~
Matt was sitting down on one of the thrones, his eyes were bright and his cheeks were flushed after dancing with so many people. It was his engagement party and he was excited. He didn't really want to get married to be honest, but he would do it if it was what he had to do as king. He didn't want to let his people down, everybody wanted a queen and now he was finally giving them one. He fingered the ribbon on one of the many presents sitting on a table next to him. He had over ,maybe, 100 gifts congratulating him & his wife. He wanted something else though, something interesting and exciting but it seems no one has yet to give him anything like that. Some people still hadn't given him his present so he was still hoping for something good.

J was walking down the street with another one of his friends; their hands stuck deep in their pockets. It was cold and getting close to one in the morning; they needed to be back at the house- Kevin didn't like them being out to late that's when trouble happened. They when they heard foot steps; they stooped for a moment to look over their shoulders to see a young girl walking they way. "Hey, do you need some help?" Hector yelled out to her.

William, father of the bride, tapped on his glass with a fork,"Now it is time for my gift to you, Your Majesty." He said before he motioned to the doors, and they were thrown open to reveal a young Egyptian girl, shackled around her hands. "Her name is Flower, and she is here to... entertain you." he said with a smile before every one clapped and marveled at the girl.

Brooke's grey-blue eyes widened when someone actually replied. She hadn't thought someone was actually going to be there. She slowly nodded and walked over putting the pepper spray down but close enough to use if one of them tried something. They looked older than her, 24 or 25 maybe? "My car doesn't have any gas, and my phone lost battery ,and I can't find my way home"she says quietly biting her lip and shivering avoiding both of their eyes. She hated being so vulnerable like this.
~~
Matt's eyes widened when they revealed the Egyptian girl. His eyes scanned her until they landed on the shackles. Why...why would they do this? He felt a surge of sympathy. All of his people seemed okay with it. He sighed internally and clapped along so his people wouldn't think he was weak. He grinned ,this was the present he had been waiting for. "And I can't wait for her to entertain me"he said smiling down at the girl.

"Well I have a phone if you wan to use it," Hector said, pulling his hid out of his pocket and held out his phone for her to grab. It wasn't as fancy as her phone, but she could use it. John could tell her was a city rich girl, from her shoes to the purse she held close to her person. Her scuffed and hit Hector on the arm,"I'm going to head to the house, I'll tell Kevin your going to be late," he said before he turned and continued walking in the direction they were heading. She did remind him of his younger sister, in appearance but nothing else.

B scuffed and looked away from the man on the throne; she already knew she was going to hate this place. She growled audibly when they pulled at her chains before she walked in the direction they were pulling her. They placed her near the far corner where the rest of the presents where. The soon to be Queen didn't look as impressed by the little whore. She glared at her father before she walked over to him to give him a piece of her mind.

Surprisingly Brooke didn't mind that it was less expensive than her phone. She just wanted to get out of here. She couldn't help but scowl slightly at the other guy. He probably thought that she was the stereotype blonde. She actually wasn't. She was smarter than most people in her grade, just not smart enough to remember to put gas in her car. She flipped off the guy who was walking away before taking the phone from the guy with a small smile. "Thank you"she whispered quickly dialing her best friends number. It rang for a couple of seconds before going into voicemail. Crap! Everybody was probably already asleep. She dialed her parents and it also went to voicemail, of course, they didn't care where she was.
~~
Matt's smile faded away when the girl growled at him. He hadn't been rude, had he? He rubbed the back of his neck and cringed slightly when he saw the way the guards handled her. He snuck a quick glance to the queen to be and sighed. She was probably going to throw one of her temper tantrums to her father. He stood up and cautiously walked to where Flower was. "Hello"he said studying her curiously. She was actually quite beautiful to be honest, but he had a wife now. This girl was only to be used as a play toy.