Alright here we are (:

IM SO FUNNY THAT IT'S NOT EVEN FUNNY... Wait what.

sorry. i was watching some videos.

Anytartersauce, Who makes a character first?

Age: One can only guess... Because he will say nothing of it. 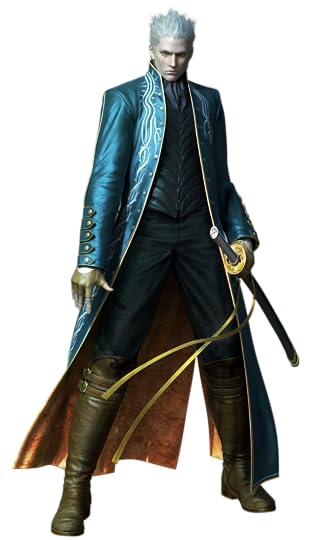 Personality: One who bears a Warriors Spirit, This Individual will refuse an unfair fight, and has a Significant Sense of honor, Fighting Dirty Is what he detests, And Sometimes he even Refuses to Flank his foes, In his own words: "I would rather look my enemy in the eye."
He is Somewhat Cold-hearted to Strangers, And if they bug him too much, he gives them a Warning to leave him alone, if they refuse.. Well.. You don't really want to know.
He is not very Social unless around someone he knows.. But once he calls someone Friend, He is loyal to them until Death, And would go so far as to perform suicidal acts to protect them.

Armaments: A Mystically Enhanced Katana, Strangely, It seems to be able to Produce Slicing Winds, Is able to cut through nearly any Material, and it even allows him to Teleport and do a few other tricks.
(view spoiler)[ 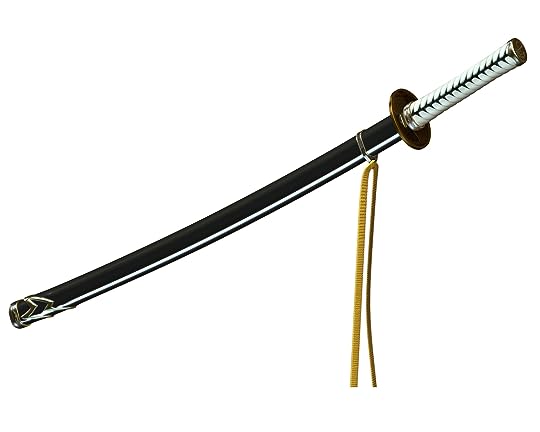 History: A Depressed individual with a Harsh Past.. He was born and abandoned in an Alley, so he never knew his parents (Thus, he made up his own name for himself), After pretty much having to fight his way out into the open, He was raised by a Foster Family which was Extremely Strict, after being Pretty much Abused and Almost Killing the Father with a Kitchen knife, He left the house, but before he did so, he stole one of their most Precious Family Relics, A Katana in a Scabbard, as a form of Revenge, Later, because of his.. Destructive history, He commited suicide, only to wake up Hours later, feeling completely different, he saw his Katana still next to him, completely clean, and in it's Scabbard, Only difference was, it was.. Changed.. It granted him access to some kind of.. Magical energy, You can pretty much guess what he did from then on.

Other: You can usually find him meditating atop mountains or in quiet areas.

Nickname: Phoenix because of her interest of the bird, she even dyed her hair red 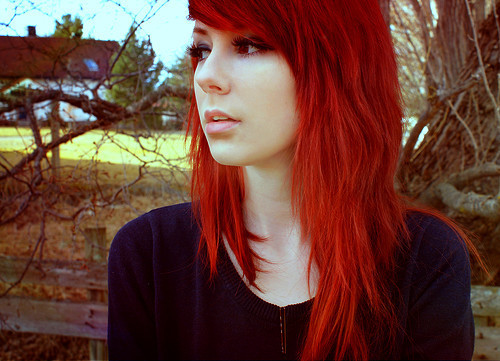 Favorite foods: She's really into Japaneses, Chinese and Arabic foods. She normal eat even meal with rice, bread and water or juice. She is in love with homemade smoothies with juice, frozen fruit, protein powder and a banana blended up. Even though she normally tries to eat healthy, she does absolutely love pizza, tacos, chicken nuggets, fries and cheese burgers. She mainly drinks juice or tea, loving kiwi strawberry juice and green tea. Her favorite pop is root beer and pepsi, though her favorite drink of all time is cream soda.

Personality: She can be a difficult person for a ‘normal’ person to be around. She is very pretty yes, but boys are intimidated by her ‘strange’ dress and bright hair. Though even if a boy did approach her, she would deny, seeing how she hates pretty much every human interaction. She can be very stubborn to certain people, but she has a soft side that only her closest friends get to see. Because her past, she blocked pretty much everything in her heart and so far no one has been able to reach into what she hides. She can be very caring when she wants, but she also can be hard as a rock. She is the type of person that no one, male or female, should mess with. She stands up for what she believes in and won’t back down until she gets her way. Though she is not spoiled, just doesn’t like to be told what to do. She enjoys the company of animals, having two cats and a dog at her home. She also likes to go out into the woods and take pictures of the wolves that live in the woods.

History: Her family was not able to take care of her when she was growing up: they were very poor and alcoholics. She was sent to a foster home, though soon was sent back by any family that took her in. By the time she was 15, she had gone through 10 families. Finally, a single mother was able to care for her until she turned 18. She lived with the women until she found her own place, not wanting to leave the one of the only people that could comfort her, but also not wanting to be a burden on the lady. She now lives in a small apartment and is doing her last year of high school.

Other: She is very interested in Japanese culture, owning a lot of clothing that she bought from online. She is very much enjoys listening to metal and rock bands, such as Linkin Park, Breaking Benjamin, Flyleaf, Evanescence, Three Days Grace, Black Veil Brides, etc. Though she also listens to slower, calmer songs on occasion. She also always wears the choker the lady that took her in until she was 18 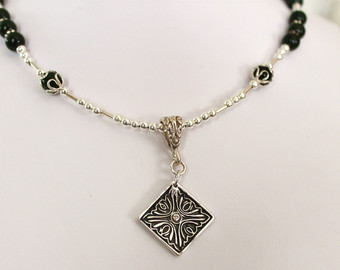 Now.. Why don't you begin first?

Yeah, sorry it took a minute. And actually, can you start first so I know how detailed to be??

Up upon a heavily Forested hill, Gazing down below as the Moon shone brightly, a lone individual, eyes shut, was, at a casual glance, simply standing there, but one may also be able to notice he is lost in thought.

He thought no one would come to this area, so he could be in peace.. At least that's what he thought.

The Wind Blew his Long coat's drapes, making him seem Dark and Onimous in a way.

(( Thanks (: And if you want me to try and change my style of writing at all, just let me know ))

Alexandria was walking her dog in the woods, having been at school and working afterwards, night was really the only time she could get it done. Her Husky, Haiku, walked in front of her, having a collar on, yet no lease. Alexandria didn't feel the need for one, he was well trained and no one was around anyways. She sighed and let him go ahead of her to use the bathroom, looking up at the night sky and smiling softly. She always felt at peace out here...

The pale entity heard some Noises, but he merely assumed it was nothing, The Branches Rustle when the Wind grows... He thought to himself.

Haiku finally came back over to Alexandria, barking slightly. Alexandria smiled and scratched the dogs head and looked around the woods a bit, deciding to walk more.

He heard a barking noise, and then pretty much immediately guessed someone else was here, he decided to walk off.

Haiku suddenly straightened out, sniffing the air and looking around.
" What is it boy?" Alexandria asked looking around the woods. She didn't think anyone else was there...but Haiku was acting up. ' Probably a bunny or something...,' he thought, beginning to walk slowly with Haiku walking tensely beside her.

He began to glare into the distance, knowing he was being followed, he slightly sped up, and kept his hand on his Katana's handle.

" Haiku what are you so worked up about?" she asked her dog, who started walking faster in a certain direction. Alexandria had to jog a bit to keep up.

He didn't realize they were getting any closer, but he kept going.

Haiku started barking suddenly, running toward the bad feeling he was getting.
" Haiku! Stop boy!" Alexandria yelled after him, beginning to run now. She always felt so safe here, so why was Haiku acting up after all this time?

Alexandria finally caught up to Haiku, who had stopped suddenly and was looking at something.
" Haiku, whats gotten into-," she stopped when she realized they weren't alone. She looked up, seeing the strange looking man.

He says nothing, slowly turned to identify who has found him.

" I..I'm so sorry for my dog barking at you. I have no idea what got into him," Alexandria said, moving in front of Haiku, who was still growling at the man.

"..Yeah.." He quietly says in reply, wandering away.

Alexandria looked at him beginning to leave, feeling a bit bad.
" You can stay...I'm really sorry about my dog," he called after him.

"I sought an area without others, i do not seek company." He said, being a little Cryptic, He continued off.

" O-okay..," he replied, shrugged," C'mon Haiku." Haiku looked at the man for a moment longer before turning and following Alexandria.

Teddy wrote: "" O-okay..," he replied, shrugged," C'mon Haiku." Haiku looked at the man for a moment longer before turning and following Alexandria."
((She*))

He Suddenly halted right in his tracks, and turned around, it's as if the Thirst came from nowhere.. But that was Typical.. And since she was the closest prey.. he felt no other option was available, He paced towards her, ready to "Dissapear" If she looked back.

Alexandria didn't look back, just kept walking with Haiku next to her. He was still tense and walking in a stalking manner.

He inched his Blade out, and then said: "A Pity it had to be you.."

His Eyes turned Crimson Red, he at least wanted her to know she was being attacked, there was no honor in striking an unprepared Target, at least in his eyes.

Alexandria looked back when he spoke, moving back a bit. Haiku began barking at Saven, eyes angry and mean.

His eyes flashed again, and some kind of.. Unseen Force began pushing down on Alexandria, he was causing it.

"I'l make it Quick.." He said, approaching, paying no mind to Haiku.

Alexandria made a small noise when she fell down, staring up at him with wide eyes. She began panting heavily and moved back a bit, looking at Haiku. Haiku growled loudly, jumping in front of Alexandria in a way to protect her.

He stopped, his Piercing eyes staring right at Haiku: "You've chosen well if you sought a Fearless Companion.." He complimented, but then Drew his blade: "But Fur will not turn aside Steel."

" N-no stop...! Haiku run! Get outta here!" Alexandria yelled at the husky, not wanting him to get hurt. Haiku refused to leave however, growled and barking at Saven.

He Refused to kill Haiku, since he was after Alexandria, and disliked hurting Animals, He Simply Kneed him, knocking him back a short distance.

Haiku yelped slightly, not moving after he was thrown back.
" No..!" Alexandria yelled, looking back at her dog.

He kept his eyes on Haiku for a moment, and then looked to Alexandria.