Name: Annabelle (Belle) Smith
Codename: (Not sure at the moment)
Age: 17
Grade: Junior

Powers and abilities: They are known to be incredibly powerful. She can influence people, like a Siren can, but she can also Evolve, such as morphing into other people or into anyone. 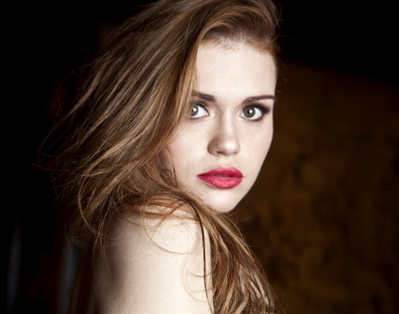 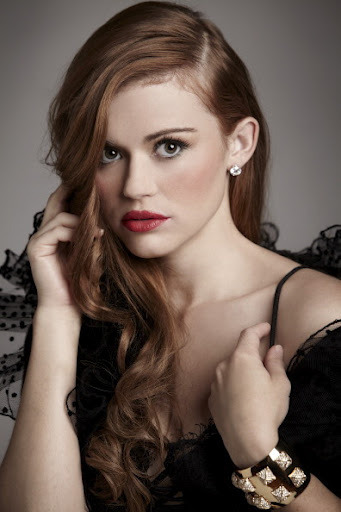 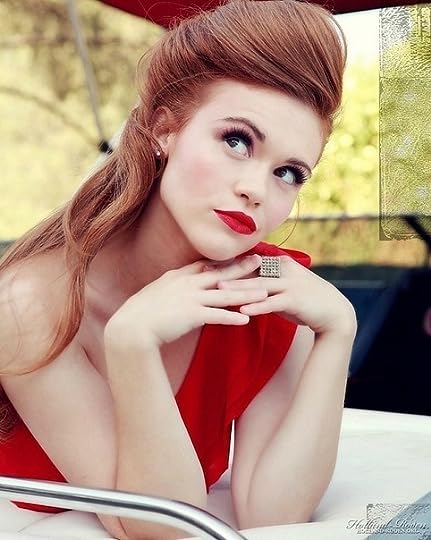 History: Growing up Belle was probably the sweetest most innocent girl in town. She use to run all over handing people presents she had made for no reason, she just wanted to see them smile. Belle loved her mother more than anyone in the whole world. She wanted to be just like her, so she did whatever her mom wanted her to do. At the time she didn't know that her mom was pure evil, her mom hated all mortals and wanted them dead. Once Belle started school and began hanging out with mortals her mother grew furious. She told Belle that the friends she had made stole from her and were untrustworthy. So Belle stopped seeing them and made new more popular friends. When her mother was diagnosed with a deadly sickness a black hole formed in her, she couldn't understand why god would take her mother away. After her mothers passing her father gave Belle a book which her mother had left for her. It was her mothers journal, the journal told her everything about her species and what her mother wanted her to do. She didn't want to do anything her mother had written down, but she wasn't going to let her mother down even if that means hurting other people.

Personality: Belle has a two sided personality, one which is fake one which is real. Her real personality she shows to no one, she doesn't trust anyone enough to let them see the real her. She is a sweet, kind, and smart young lady who only wants to be accepted. She doesn't want to hurt anyone but she has always been told to put no one before herself. This being said, her father has helped to create her fake personality. The person she lets everyone know her as is cruel, power hungry, confident, and viscous. Her father told her it was the only way to the top, which was where he said her mom wanted her to be. She hates being unkind to people, but she wants to do want her mother wanted.

Relationship/crush: Single (She is going to be one hard girl to catch.)

Family: She lives with her father, Brian Smith (45) and her older brother, Jacob Smith (18).

Hobbies: Belle has a ton of hobbies, she likes to keep herself busy. The one thing she enjoys most is running, she goes for a run every morning when she first wakes up. Sometimes she even goes for a run when she cant sleep. Her second favorite hobby is learning/studying new information, she is a genius when it comes to math and science so she is always doing some type of experiment whether it be physical or mental. She also enjoys designing her own wardrobe, singing, and painting.

Other: She has strange nightmares every night and she doesn't understand them. She keeps them to herself, she hasn't even told her brother who is probably the person she is closest to.

Powers and abilities: (If you want to be a Natural/Catalyst Caster ask a MOD) Annalise is a Siren. She is a Seductresses, She is able to bend the will of mortals and make them do or say anything she wants.

History: (Five sentences) Annalise thought she was an only child. She never knew she had a twin brother names Josh who was a light Caster. She is called Lyra by all her friends and family. She lives with her Aunt Marisa who is a dark caster as well. She doesn't know anything about her parents and doesn't choose to know who they are. She has a kind of hater of them because they left her at her Aunts a day after she was born her brother with someone else. She prefers being evil and won't want to be light.

Personality: (Three lines) Annalise can act like the sweetest shyest girl in the world. But she really can be rude and evil. She acts sweet and shy to those who she lures into her siren trap. But when she finds her own love she can be just really nice she doesn't stay evil forever even after being claimed for the dark. She still has a light emotion in her that she hides.

Relationship/crush: Single (has to meet and get to know someone before deciding to date)

Pets: Annalise has a small puppy named Kragen but he can be a demon. Even though he looks really cute and cuddly. He likes to protect Annalise even though he's terrible small.

Hobbies: Annalise plays the piano, sing, act, dance, and ice skate. She does all of these in her free time but they are her hobbies besides terrorizing humans.