Kiyoshi Tanaka's "366 Days" is unlike anything in this genre I've ever read. It is, in the end, a story about the curative power of love - but also an affirmation of the possibility of selfless love.

Garrett Powell seems to be another angry teenager; pissed off at his parents, hating school, resentful of his therapist. Ryan Thompson, on the other hand, is happy-go-lucky, popular, and filled with the joy of being alive. The entire book is played out over the course of a year and a day, the point of view alternating between Garrett and Ryan.

You'd think that they'd hardly be likely to fall for each other, wouldn't you? But this is, after all, a romance. Possibly the darkest teen/YA romance I've ever encountered. Because once Garrett and Ryan begin to interact, we begin to learn the source of Garrett's anger, and it is a horrific secret that will make you shudder.

The development of Garrett and Ryan's friendship becomes a test of the ability of unstinting spiritual generosity to overcome even the most savage emotional wounds. There are moments, I confess, when the rather long book seemed like it was about to start to drag - and then it didn't. Tanaka has crafted an epic personal journey out of the thousand little incidents of two teenagers' lives. It is by turns frustrating, terrifying, heart-warming, amusing, and ultimately so full of love that it overwhelms the reader with hope.

The cast of supporting characters - Erin, Kellie, Marianne, Mary, Derek - are like a carefully choreographed Greek chorus - each of them touched by the story's central drama, each of them necessary to understand the wider implications of the two boys' shifting relationship. "366 Days" makes the unimaginable into a searing story of redemptive compassion. It will haunt you.

Mod
Well, here's another for my wish list, though it sounds like a story that really tugs at your heartstrings....

Mod
A wonderful, wonderful book. The teenage 'voice' is captured so well and reads so easily. The daily 'snippets' of interaction progresses character development and plotlines, providing insight into MC's motivations and thoughts as well as subtle but definite breakthrough changes in perspective, thought-patterns and attitude.

This book will really appeal to readers who appreciate characters with immense personal challenges (e.g. Ethan, Who Loved Carter and Gives Light comes to mind for instance), and Garrett has a seriously long list of psychological challenges. I do believe in divine providence and in this instance, I cannot think of a better pair of MCs to meet and find each other. Some may feel Ryan is a little too wonderful to be true, but I became quite enamored by him.

Oh ... and I now lurve the use of the word 'sunshine' as a term of endearment.

Thank you Ulysses for bringing this excellent YA title to my attention.

Mod
After first hearing of this book months ago on this forum, I've finally gotten around to reading it:

And man, what a read. This is a story that will tug at your heartstrings---make sure to have a box of tissues handy, because I can almost guarantee that at some point during the novel you'll find yourself getting a bit teary-eyed!

That said, it isn't all doom and gloom, or depressing---in the end it is quite uplifting. I was completely captivated by this story and will happily recommend it.

I suppose this falls into the new category of fiction that they're now calling "new adult," which is aimed at older teenagers. Such books contain more explicit content than traditional young adult titles, so I'd only recommend the book for those with the maturity level to handle some rather dark themes.

(I will note that while this story is unusually long, it doesn't drag at all. We had been discussing the preferred length for various types of manuscripts on another thread, and the professionals recommend that YA titles not clock in at over 100,000 words. This book exceeds that total by a fair amount---I think that if it had been published by one of the larger houses it would have been trimmed down considerably. But as I noted above, while I can see how it could have been tightened up here and there, the length wasn't problematic.) 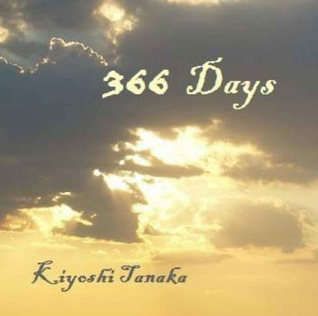