High school cliches it is!
I'm flexible with pretty much whatever. ;3

Anything else you care to add? ;3

I love the whole "Outcast/popular" but also the rich/poor. . .

maybe we made them go to a private school? :3

Let's do both, then!
Private school works great.

Hm....is there a certain gender you'd like to play for one of the ideas?

Well, I presume both the popular and the rich will be rather snooty, but the rich one would be more snooty. So, maybe I play the poor girl, and the popular male?

ONLY if that's okay ^-^ To be honest, I'm not the type to come out right and ask for a gender. :D

Sure, that all works for me, I'm not picky.

So, what kind of characters would you prefer making? Detailed or kind of detailed or short?

Hmmm, how about we do 'kind of" detailed? Depends on how short, short is to you?

We can do kind of detailed. My short is name,age and appearance.

Oh okay, yeah, let's do kind of detailed :D Alright, shall we do them now?

I will once I get home!

Personality: Annabella is an anxious, shy teenage girl. She's passionate about everything she does, very studious, and is determined about to widened her intelligence. Despite the hardships in her life, she's lovely and nice, and doesn't bother people often. She's a quick learner and almost at the top of her class, a couple steps below the richest, most popular guy at school. She tends to carry around her camera a lot, being a photography lover and almost always has her headphones in.

History: Annabella has a rough, sketchy past she doesn't allow many to know. She currently lives in the school apartments a little away from campus, a choice made by the students. She works for the school library and a local book store. Her parents died when she was very young and ever since then, up until she was granted scholarships to the school, she had been passed down through relatives. 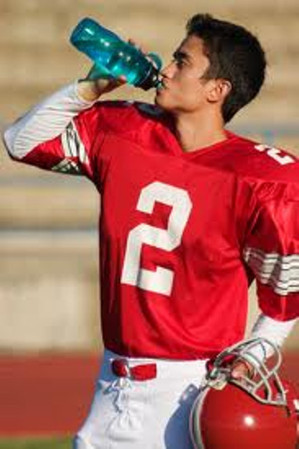 Personality: Ash is your classic hard shell with a soft center. He's the jerk in general, but has a charming twiat. Ash adores attention and works hard to get it. He's constantly with a girl on his arm, despite his lack of interest with them. He's one of the most popular guy in school, but definitely not the smartest, and doesn't work hard to make himself seem smart.

History: Ash doesn't have a complicated past, he doesn't work, being supported by his middle class family. He has two brothers and a little sister, he's very protective over. Despite the picture perfect family, they do fight occasionally and isn't exactly perfect.