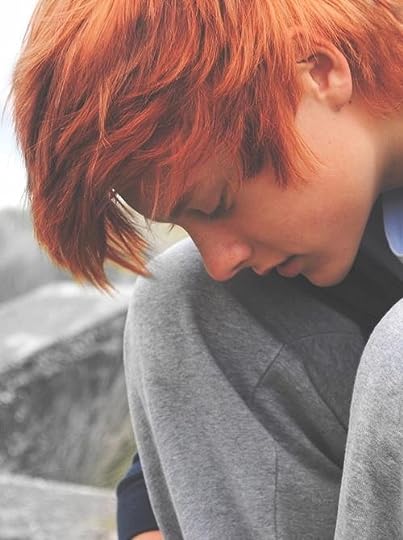 Personality: He's a bit of harsh at times and quite sarcastic. Though he is nice and quite sweet. he can be mischievous and dangerous. He prefers himself as the "Harsher one of the two". Yes, he has a twin-brother. The two look so alike that it's hard to separate who they are. Even their own mother and father don't know which is which, they find it amusing since a simple twin-joke can be pulled out of some people but some rather find it irritating or annoying since they keep pulling these tricks over and over again until the person breaks down from confusion due to their tricks. Even though he has powers and his twin doesn't.

Anyway, at first he might seem sweet and nice but that's not going to last. He loves pulling tricks at people on unexpected moments and he is rather quite childish, especially when he's with his twin. The two duo's can't be stopped that easily from their tricks.

Wife/husband: He still has his freedom. He doesn't want to get married at an early stage.

Other:
~He would always carry his wand around him for it seems as though he's powerless without one.
~ His twin-brother can't use magic like him which makes his twin-brother not a Supernatural. 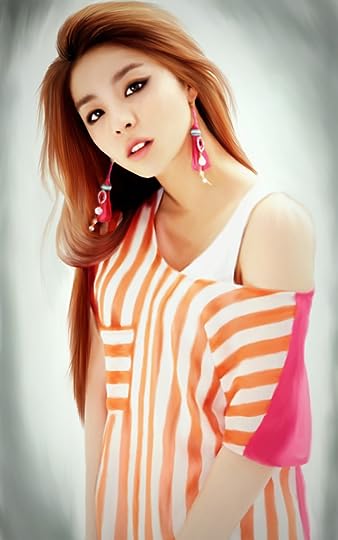 Personality: she is seriously funny! and always makes the best of a good situation! yes she has lived a very long time, but she tries to see the good in it! she is very helpful and is sympathetic! but when she is angry, its a side you don't want to see because her vampire ways start to show through

Supernatural power: she is a vampire but her power is to collect other powers! but she can only collect so many! her original power is to know someones life apan and life history just by one touch

Relationship: she is single
Crush: none........yet 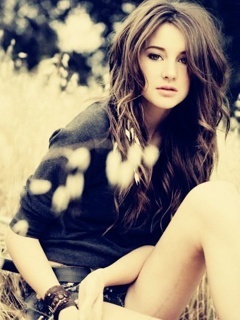 Personality: She is sarcastic and funny, not ridiculously optimistic but not negative either. She's very smart and nice and she loves being around people. It takes a lot to get her mad but, when she does get angry at someone, she gets really mad... you don't want to be on her bad side.

Relationship: none so far 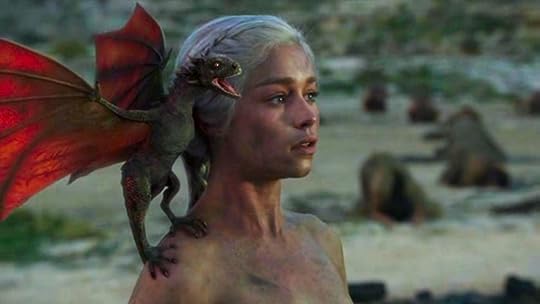 Personality: Holly is bold and confident, though she has compassion for other people. She rarely gets angry, and when she does it is as of a result of being wronged.
Supernatural power: Summoner/Conjurer
Relationship: Not into any
Crush: Open to Suggestions ;)
Wife/husband: None
Sexuality: Straight
Other:

Personality: Is kind and makes friends easily. He also has a dark side that many people do not see. He often gets in trouble because of his adventurous side.

History: Peter grew up in a troubled family. His parents were divorced and all the kids on the block hated him because of what he was. At the age of 6 he ran away from his house when he couldn't take it anymore. He ran to the forest where he met a herd of Manakytes, just like him. He trained with them and learned the secrets of his kind. Ten years later, a group of hunters attacked the herd while they were sleeping. All the herd was slaughtered except for Peter. 2 years after that he made his way to New Mira were he is hoping to start a new life.

Powers: Has the ability to turn into a adult dragon with the powers of flight, fire, claws, and strength. Peter can also transform parts of his body like he can have wings on his human body or he can have a dragon arm on his human body. He also has some abilities as a human like super strength, and fire breath. Also, after the trauma of his childhood he has developed the ability to detect the death of an innocent from a mile away.

Dressing Style: Has a range of colorful shirts, and dark jeans. He also has some nice clothes for special events. 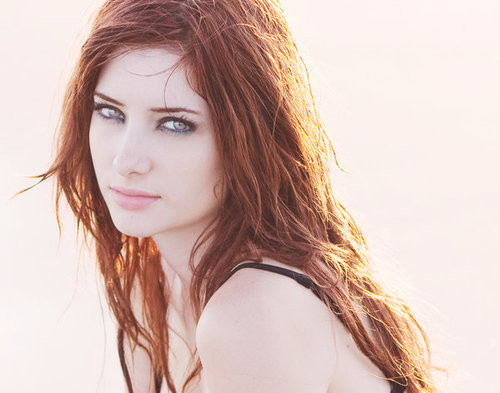 Rain has long, wavy dark red hair, and stunning grey eyes. The color of storm clouds. She is slim and well built, and a 34B. She stands at 5' 11" and weighs 127lbs.

Personality: Rain is very intelligent. She has book smarts as well as street smarts. She gets angry very easily, and is very creative. She can be caring to people she likes. She is very funny and can always make someone smile. She is very in shape and loves to run, if she has time. At her age, she has obtained many skills and learned a lot. She speaks 12 languages, and is very agile. She is amazing at cooking. She has improved senses and is very clever. Her powers aren't like Harry Potter. She can cast something by just thinking about it, and because of her good cooking skills, her potions never fail. She is into wearing black clothing, such as skinny jeans, her combat boots, and a regular tight t-shirt. She sometimes carries a wand, and it improves her aim in casting. She wears a pentagram around her neck, it is basically her symbol.

Age: immortal unless killed in a fight, but looks 16 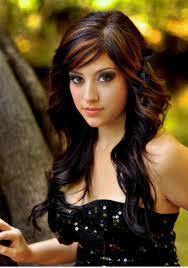 Personality: Violet is a very shy person and isn't very open with people. She doesn't trust anyone and needs someone to befriend.

Other: You could say she's anti-social. 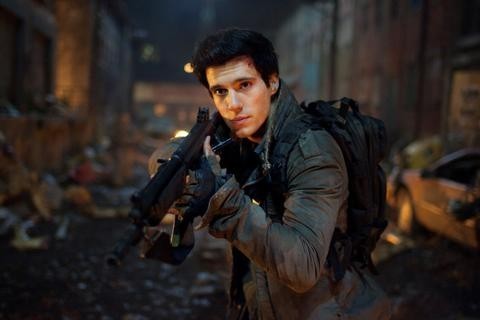 Personality: Hal is a fierce, fast moving guy. He generally isn't very trusting, but that is just due to his experiences as he grew up. Unlike most people, he is very open to human interaction with supernaturals
Supernatural power (werewolf shapeshifter witch etc.): Can morph into pure fire/ has ability to control it as well.
Relationship: Single
Crush: Open
Wife/husband: N/A
Sexuality: Straight
Other:

Age: 19, but can live to be around 7 thousand years old if she isnt killed in battle.

Supernatural power: one of the rarest species of dragon, Blue Diamond dragon

Personality: She is serious but can be fun.She is nice, but loves fighting.She will risk her life for her friends, and will not hesitate to fight her enemies.She will get mean if other creatures brag or make her look weak.She will fight for what she believes in. She can get weak when people talk about family, as she ran away from her own to save them.She also isnt the best at making friends because of her outbursts of anger.

History: Her mother was named Clare, and her father was named Tam.They were both human, but they had a history with dragons on her mothers side.Clare's ancestor was a woman named Elizabeth, who comforted a dragon in his last days.The dragon one day cried and the woman caught it, bringing the dragons life force into her.Somehow though, Star ended up being an extinct dragon.She one day battled a dark race of dragons called Darklings who worked for the Ix.Their job is to turn everything to shadow.She almost lost, but was saved by liquid light. She ran away feom her family to save them and came to the city.Sheis very weak to darkness. She was also pure human until she was 15.

Powers: White fire, Being able to shift into a dragon and any animal,The elements water, ice, light, air,
read aumas (A persons personality, their mood, and what species they are)She can also speak dragontounge.

Other: She has a pendent that lets her shift into any normal animal, but if it is removed she
will get stuck in a half dragon half human form until the pendent is returned.

Um is my charrie ever going to be approved?

Name: Katrina Jackson
Age: 16
Gender: female
Appearance: http://data.whicdn.com/images/3785602... she is 5'1
Personality: she is out going and funny; she is easily scarred and usually easy going; but when you get her mad she will blow up on you; she often acts quickly when mad and holds in her emotions sad very well
Supernatural power: she is part ghost
relationship: open
Crush: none.. yet
Wife/husband: nope
Sexuality: straight
Other: she gets attached to people wayyyy to easily and will do ANYTHING to protect them. she also holds a demon inside her that if she crys it will take over her and turn her evil

Mod
Name: John Strange
Age: 18
Gender: Male
Appearance: Dark hair. Pale skin. wheres dark clothes and kind of keeps to himself
Personality: Silent. Keeps to himself.
Supernatural power: Manakyte
Relationship: single
Crush: none
Wife/husband: none
Sexuality: strait
Other: No family. No friends. Dosent like to talk about his past.

reply | flag *
message 20: by [deleted user] (last edited Jul 12, 2013 07:00PM) (new)
Jun 24, 2013 07:52PM
Name: Samlot Gamgee
Age: 19
Gender: male
Appearance: http://t0.gstatic.com/images?q=tbn:AN...
Personality: Samlot is fun and nice. He loves to make people smile, but he seems a few beats behind everyone else. He tries his best though.
Supernatural power: Shapeshifter
Relationship: none, yet
Crush: Kerstin Perri (even though their kinds are motal enemies.)
Wife/husband: none
Sexuality: strait
Other: has this symbol tattooed to his right shoulder.
http://t1.gstatic.com/images?q=tbn:AN...

Mod
Dawnrune30660 wrote: "Hey James, do you think that you could go into a little more detail. And also could you make the past he doesn't like to talk about."

Mod
Name: Emerist
Age: over 2000
Gender: Male
Appearance: http://scifipulse.net/wp-content/uplo...
Personality: He is wise, the most powerful wizard you will ever know.
Supernatural power: Wizard
Relationship: None
Crush: no one yet.
Wife/husband: none
Sexuality: strait
Other: He comes all the way back to THE King Arthurs time.