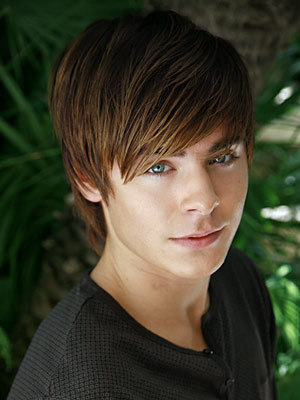 Brief Description of Appearance: He stands at 6'3 and is pretty pale. His eyes are cold and pale blue but sometimes are seen as silver, which give him the cold and cruel vampire look.

Personality: Yes, Tove could look evil and mean at first glance and also is when you have your first conversations with him. He tends to make everyone feel on edge with his smirks and coldness at first. But, if you prove to him that you're worth his time-this happens a lot, so not much to worry about-he'll become more relaxed and talks more instead of smirking at you and giving you the exasperated talk. When Tove is relaxed and comfortable with you, he's funnier and warmer, and doesn't make you want to run away. So knowing that, it's easy to find out if something is bothering him pretty badly. All you need to do is just snap at him, look angry and talk angry. If he answers in the cool and collective manner, there's nothing wrong. If he gets angry at you in return, there's something wrong-mostly, it's either his blood lust is getting out of control or his instincts are buzzing and screaming at him that there's something bad coming.

History: When he was six, Tove's father was killed as one of the head generals and commanders of the army. Leaving Tove and his mother alone to survive for themselves. But no, it wasn't as bad as it sounds. Tove's mother, Terra Selika, was a very rich and talented politician. But the end of Tove's wealth and well-being crumbled when At first he lived off with his mother's money, making a small sum on his own, but then the cost of living just went higher and higher, until Tove couldn't take it and wandered out into the forest, seeking peace from the stress. But there, he encountered a ferocious vampire and got turned into one. Lucky for him, he had a gun and managed to kill the vampire attacking him.

Powers/Abilities: Super-speed and very high and reliable instincts. He is also pretty good with a gun-usually the pistols and handguns-and hand-to-hand combat is his style.

Info: Xero,16,Demon of the mist/vampire.People have hunted him down for a long time now.He just wanted peace for once but he never really got it.
Backstory:
Xero:DAD STOP IT!!!!
Dad:No.I have to kill you.
Xero:GRRRR....
+Xero's eyes started going red,a sword was in his hand now.
Dad:Xero...don't do this....
*Xero's sword turns pure blood red,Xero starts to thirst for blood.
*Xero drops sword and pushes his dad against the wall*
*END*
The rest of him has never been told to others.People would ask: "How did you become a vampire?"all he'd say was "Hint:Fast and ferocious"Could someone have bitten him or was he born with it?

Powers/Abilities: Can throw a whole brick wall,loves sword combat.Also has an extreme margin of scaring peopel.