Age:
13, but unlike some Hetalia characters - such as Sealand or other young countries - she acts like an adult despite her human age. This is why she attends the academy.

Appearance:
Her appearance is startlingly similar to Spain's official female design. Her hair is brown and long like his and she has similar green eyes (although they are a bit darker). Unlike him, she has a few freckles. She wears a lot of accessories with her school uniform, just barely getting by the strict dress code at the school.

Personality:
She takes after Spain a lot because she has always lived close by him and is very similar to many was, but in her personality she is very different. Once she established herself as an individual country and not a part of Spain, she became a lot more isolated. She does not interact well with other countries since she is used to people overlooking her (since they always thought her to just be a part of Spain).

History:
She was constantly being mistaken for Spain for most of her life. This is why she enrolled in the school; to prove that she was different from him. When she was a chibi country, she was very shy and would only talk to Spain. Now that she's older, she talks a little more. She is on good speaking terms with Spain, and she has known Romano for most of his life. She also seems to be fairly good friends with Belgium. She doesn't talk to Netherlands very often though.

Other:
Catalonia used to be fond of speaking in Catalan, which made it so that only Spain could understand her (and even then there were a few words that he could not translate), but by the time she began attending Hetalia World Academy she got out of this habit.

Short Bio: When Burilgi was a powerful country, he often led his people, the Mongols, to war. He was well respected by them, and greatly feared by his enemies. He was never trusted by the other countries, do to his unpredictable nature.

When the Mongol Empire forged with the Chinese Empire, Burilgi went off into the undiscovered parts of the world. He stayed hidden for many years, then one day he showed up and demanded that he be let into the Academy.

He's always on a horse, even when he's inside. His horse's name is Vachir (meaning "Thunderbolt" as a ward to try to warn off lightening storms), and it is an average brown horse.


He has long black hair that has never been combed. He has one brown eyes. The other eye was lost in battle, and is now stitched shut. He wears a "Deel" * http://en.wikipedia.org/wiki/Deel_(cl... *, and will get really mad if someone says that he's wearing a dress.

Although he dislikes a lot of countries, he has no grudge against the Italy brothers. He's a big fan of all things artistic, and it's one of the few things about a person that will make him spare them in battle.

Appearance:
He has short black hair and dark eyes. He's fairly short for his age. He is usually seen wearing his gym outfit, even outside of class.

Personality:
Myles can be very polite to his elders, but is known for insulting people in order to purposely pick a fight with them. He's a lot stronger than he looks.

History:
He grew up with the human personification of Athens, but they don't get along with each other. She often annoys him, because she cares less about fighting and more about intelligence and art. Myles did not interact with Greece very often, despite being one of his younger brothers. The reason for this is because Myles was always traveling, looking to pick a fight, while Greece typically stayed put and dreamed of cats.

Other:
He admires Burilgi, because he recognizes his strength. However, he does still have a problem with his age. (In Spartan culture, most people die at a young age because they fight constantly. Burilgi is extremely old from Myles point of view, so he assumes that that means that Burilgi does not fight often enough.)

Country : Paris
Human Name: Francine
Human age : 18
Appearance blonde shoulder length hair blue eyes and uniform
Short bio: she grew up with her brother who is francis( France) after the day their parents died.
Personality sweet and shy
History fought for her country in war

Mod
Country (although it's actually a City-State): Athens

She grew up around Myles, and the two of them don't get along. She views him as being a bit of an idiot, and she constantly tells him this.

Unlike Myles, Athena interacted with Greece a lot in her childhood, and the two became quite close. She is always bragging about this to Myles.

Athena can be very arrogant at times, and she acts much smarter than she actually is. Or rather, she treats everyone else like they're idiots.

Apperance: http://www.wallmay.net/thumbnails/det... with out the cat ears and has Canada's curl but like upside down. her hair turns blonde in spring and summer and white during fall and winter.

Short Bio:
He rbest friend who was a normal person was killed in 1812 by New York she and NYC haven't patch things up. She has also married Quebec a couple of times but now she hates Quebec.

Family: The FACE Family and all their places, Scotland to.
Enimes: New York never really settle things since 1812, Quebec just hates him.

Appearance:
He has sandy blond hair that is fairly long. He ties his hair back into a ponytail. The ponytail onl;y reaches down to his shoulder blades, so it's not like it's crazy long or anything. He never has any stray hairs. Pan is fairly short for his age, but he's taller than his younger students. (Like Myles.) He also has hazel eyes that are usually hidden behind owl-rimmed glasses. He is usually seen with a frown on his face, because he rarely smiles. Then again, he really doesn't have much to be happy about.

Personality:
Although he first comes across as being rather easy-going,Pan can be quite strict. He's much more likely to enforce rules on new students than he is on people that have been attending his school for a while. Usually he picks one kid to keep his eye on, and sticks with them until somebody else steps out of line. Currently the kid that he doesn't trust is 2P America.

((Note: The name will change when more characters interact with him.))

History:
He was the very first continent, so he started off with a lot of power. But then all of the continents split away from him, so he lost a lot of his power. Because he has ties to every continent, he gets along very well with the 1Ps. Because the 2P and Nyotalia are not a part of the original universes, he's not as lenient towards them.

I'm thinking that I should write a new profile format, to include things like "Appearance" and "Personality". What do you guys think?

Okay, here's the new format. Either update any profiles to include these things, or make new profiles and delete the new ones.

Age:
13, but asks much like a child and is proud of it

Appearance:
She has short curly black hair always loose and never in a ponytail. She is very tall for her age and has bright green eyes. She is almost always seen with a devious smirk or adorable smile.

She wears regular jeans and a t-shirt never wearing dresses or skirts, she hates make-up and jewelry.

Personality:
She takes after multiple countries such as England, America, North Italy, and Germany. She's very silly and outgoing and loves to pull pranks. Lixe is very loud and loves to prove someone wrong.


History:
Lixe used to be a part of Italy but soon split from him due to the fact he is always surrendering to people. She decided to take matters into her own hands and became a country. Lixe and North Italy are on good terms as he wasn't that mad about before.

Other:
Lixe can speak a variety of different languages and has as a black german shepard (sorry my spelling sucks), and a grey tabby cat. 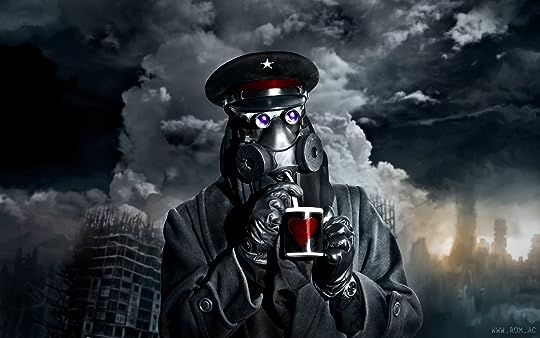 Personality:Alot friendlier then it looks, slightly mad, speaks in a fake german accent

History: it has killed aliens, become a god, turned a zombifying virus into a scarf, 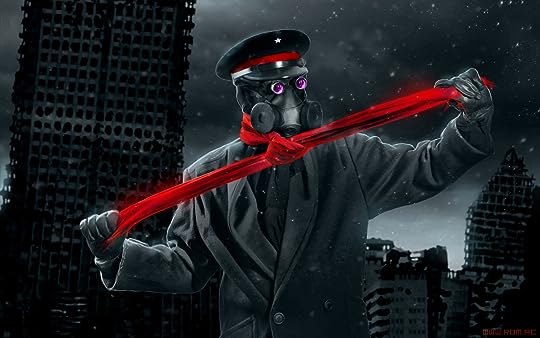 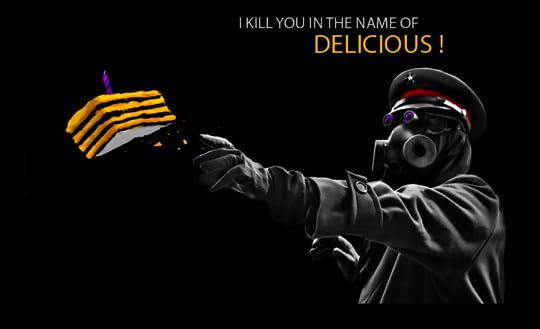 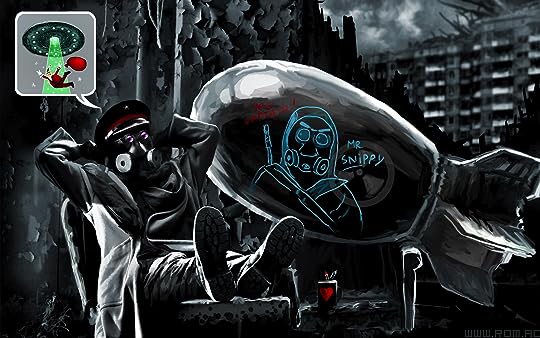 ahh, this is the life, ehh Snippy? 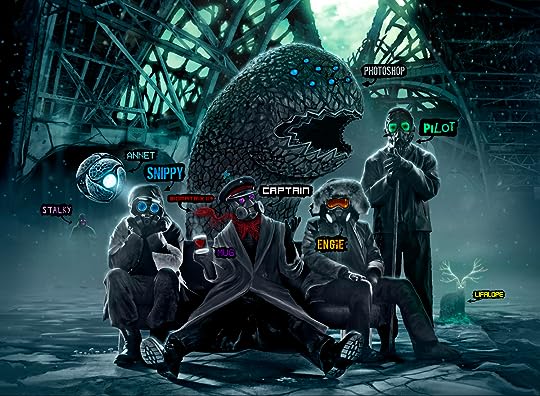 who says we cant bring life back to this wonderland? ANSWER ME SNIPPY
uhhh, no one sir

Mod
All characters are approved. 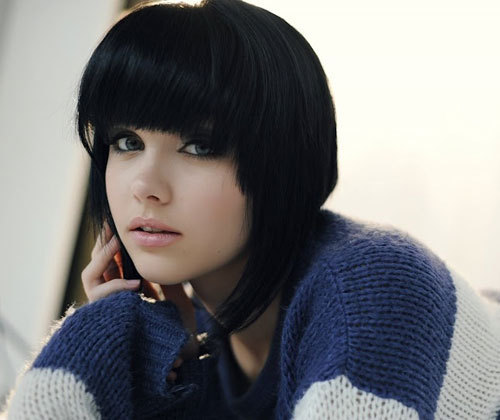 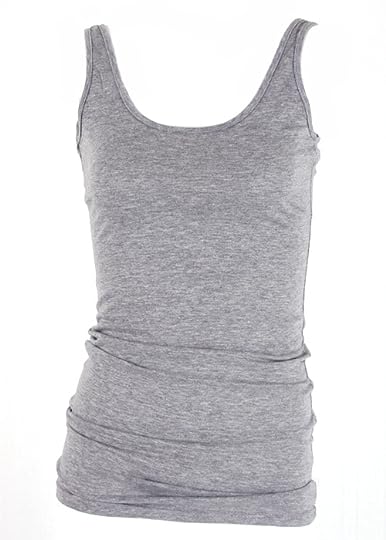 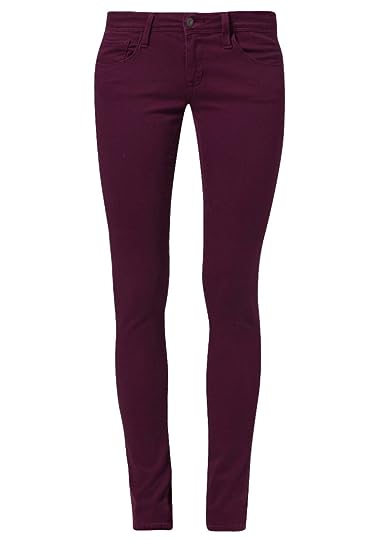 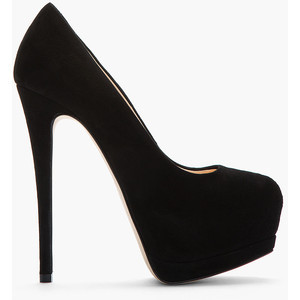 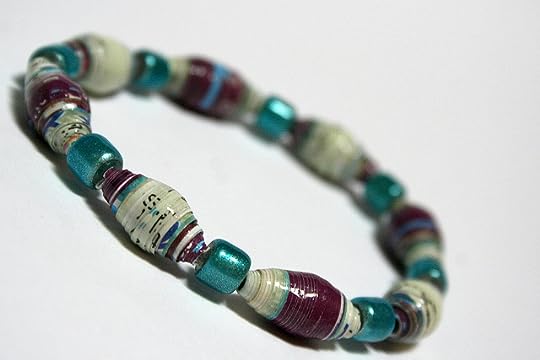 Personality: Is a sweet, smart, cute girl. She treats others with respect, acts peacefully and thinks as peaceful as she acts. However when criticized or picked on she will go into state of depression and anxiety and will often cry when the criticism occurs and a small while after. She returns to normal after a week or two, even quicker if she receives positive reinforcement and encouragement. She usually keeps to herself but will talk to whoever talks to her.

Nation Info: Fantasia is a clean country that believes it should put the environment as a priority. It only uses renewable energies such as solar & wind electricity and bio-diesel. It builds all it's structures in ways to bring comfort for the inhabitants and help the environment. It's citizens are majorly into gardening, animal care, technology, science, fashion and anime culture. Fantasians are kind hearted and mean well but are easily offended and get upset about it. They show their true emotions easily and it is hard for them to hide what they feel through expressions.

Nation History: Fantasia is an island built in _____. It was finished in ______ and founded by _______. It immediately built eco-friendly structures and large habitats to support wildlife. Many plants, animals and fungi were introduced to roam freely. Residential areas were designed for their safety. A lot of the newly arrived citizens were young and shaped the countries' culture. The nation has been running well ever since and hasn't had any aggressive issues with other nations as it usually keeps to itself.

Short Bio:
Dixon was born on February 4th, 1789. He was raised first by his mother, native America before being raised by his oldest brother, Alfred. They loved each other very much for a while, before tensions began between the two of civil rights and the right to own slaves. The American Civil War soon began, and both fought for what they wanted and felt they deserved. Dixon lost, and surrendered in tears.
Dixon is a rebellious man, but is also very introverted and protective of his siblings. He loves to draw and ride his horse, Bonnie, after the Bonnie Blue Flag.

Appearance: similar to England except she is female and has firey red hair

Personality: Kind, quiet-Unless England starts shouting, like her hair she has a firey spirit, wants a peaceful life- like it was before England tried to make her join his new religion, and she is caring

History: if you did Ireland at school you will know but i don't really know how to put it.

Other: has had a strained relation ship with england since the early 1800 if not before