Here is the character: 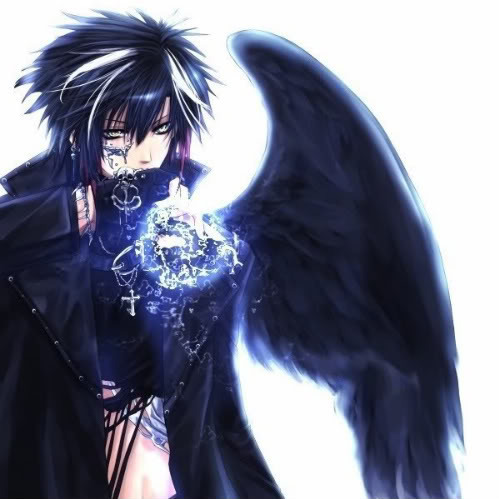 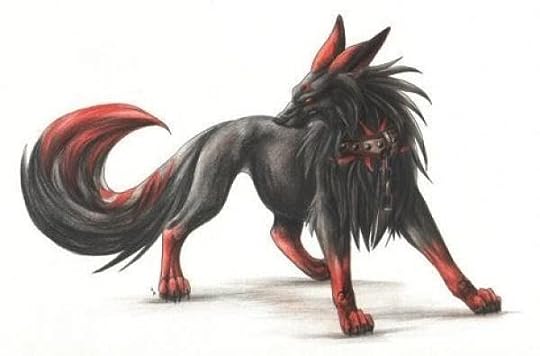 I like him :D And uh...here's mine. Sorry for the length, but I don't have many male characters. And I'm normally not this detailed so...sorry.

Family: Mother is a math teacher and father works at a warehouse (both in their 50's). His older brother works in the science carrer and is in his 30's, his older sister that is a hard metal singer that is in her mid 20's and he has 2 younger sisters that are teenagers. 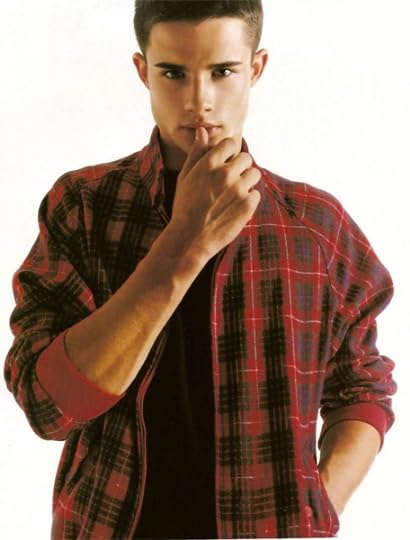 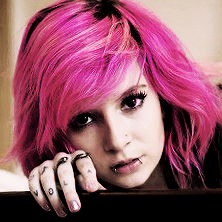 History: His father and mother were never around all that much when he was growing up. He spend his childhood life spending time with his older brother, going to the park and football games. He was never too intrested in that stuff, but he liked being with his brother. Most of his teenage year however was spend with his sister after his brother turned into an alcoholic. His sister taught him all about music and singing and he learned to love it. His sister tried to focous on happier music when working with Bobby, but he eventually told her that he liked what she did. She gladely accepted that and taught him more hardcore music. He loved playing it, but after his father figure out 3 years later when he was 14, he kicked out his sister and forbit her from ever beeing Bobby again. Bobby always resented his parents after that incedent and he stayed in his room and snuck out to his sister apartment whenever he had to the chance.

Personality: Likes to talk to others, though he may not seem like he does. Mostly people put him off as the socially awkward type, but he is actually very sociable when he wants to be. Though sometims he doesn't know what to may, he will always try his best to figure something out. Likes it when people like him. Likes to be loved or liked because it makes him feel better about himself and who he is. Does not lie or pretend. He hates it when others lie, so he himself wouldn't even think about lying. He does not pretend anything, he puts things truthfully and how they are. Treats other people like they are important, because to him they are. He treats his friends equally and never says that he likes one person more than the other. He knows what its like to be put down and he doesn't want to be the cause of putting another person down since it hurts. Can be quite easily hurt by something someone says or does, but can always find a way to jump back into the game. He doesn't like to mope around for too long so he does his best to cheer himself up and just regain confidence in who he is. Can have a bit of a temper, but does his best to keep it inside and not say anything if it's not kind. He doesn't really help others unless they really look like they need it or ask him for it. He's just afraid they may snap at him or something. Emotional at times, does his best to keep his feelings inside. Very loving and caring, likes to look into the arts and literature. Very creative and loves art. Romantic, a very big hopeless romantic. He just wants to be loved and give love to that special person, when he finds that special person that is. Can be touchy and gets jealous easily, but, again, does his best to hide it so he doesn't make others feel worried about himself.

Music: Loves to play instuments and sing. Mostly good at hardcore and metal playing, but can do pop and country type of music as well. Knows how to play multiple instruments like guitar, piano, violin, drums, bass, keyboard, piano and flute.

Other: Always wears two necklaces: one that his older sister gave to him when he made his first song by himself and the other his older brother gave him after the first football game they went to 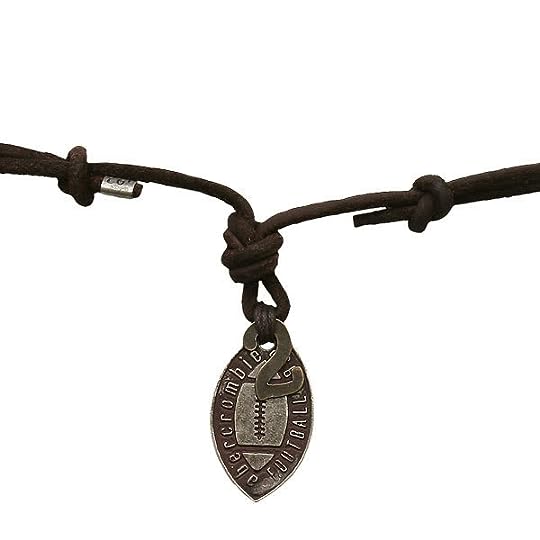 Dante was at the gym at a high school he was playing his violin playing, phontom of the opera by lindsey striling.

(( okay and sorry ive taken a moment to reply ))

Robert was at his locker, getting the things that he needed for his class. He sighed, taking his his headphones and putting them in his pocket along with phone. Robert headed down the hall then, ready for class.

Dante look at the time. He realize his teacher time. He frowned and put his insturment up. He slowly walk to his favorite class and the teacher of. It was art.

Robert headed into his art class, sitting down near the window and started getting his things out.

Dante open the door slowly walk in and put his things on the desk. Not even looking at the students at all. It was still about 10 min. before it start. He had no plan for this day. It was more to get to know his students and the other students would meet each other and learn about them.

Robert looked up when the teacher came in, looking him up and down before looking back at his things. He grabbed a book he was reading and flipped open to where he left off, deciding to read until the bell rang in 10 minutes.

Dante turned around and look at the student. "Your very very early." He look around the room and walk to fix the room they way he like.

Robert looked up then and shrugged.
" I've nothing better to do," he said, looking back down at his book.

Dante smile gently and fix the room finally the way it was. He also put a iHome in the middle of the room.

Angelreapper wrote: "Dante smile gently and fix the room finally the way it was. He also put a iHome in the middle of the room."

Dante lower his head a major start to get super bad. He fell on top his knee. He couldn't believe his transforming is getting out of control. He wasn't going to leave he knew it can stop he need to focus.

((his getting a major headache that means he will start to transform to his wolf form.))

Robert didn't notice, just stared down at the book.

Dante slowly walk to the boy, "Excuse me but, tell everyone the class is cancel today." He wrince with pain again. He wobble to his desk and try to pack his stuff up as fast as he can.

Robert looked up and raised an eyebrow, closing his book and standing up.
" Uh okay. Are you okay teacher?" he asked, generally concerned for the man.

Dante frowned and trying to not reveal what he was. He look at him, "I need rest I have headache. I might need to go home because, something wont go well."

((sorry i totally forgot about this rp))

Dante smile and got up slowly and walk out of the school. He didn't realize he drop his wallet either. he finally got to his car and drove quickly home. He finally arrive home and took of all his cloth except his boxer.

Robert sighed softly and stayed in the classroom until the others came in, telling them that class was canceled. He got his things together and was walking down the hall when he spotted a wallet. Frowning, he picked it up and was surprised to see that it was is teachers. He looked at his address, deciding it would probably be best to return it to him. So, he headed toward the home.

Dante finally end up in his house and turned into a wolf form. His door was wide open. He lay down on his floor panting heavy.

Robert got to his house about 10 minutes later, curious to why the front door was wide open. He cautiously headed toward it, going inside and looking around.

Dante heard something and walk where Robert was. He yelp and step back.

(( because i dont like leaving people hanging because i know what it feels like to be left hanging XD and by hanging, i mean not replying to RPs like...for a long time ))

Robert jumped slightly and looked at him curiously, wondering why he was only in boxers. He tried to think away from that however, though he couldn't stop his blush.
" I-I um...found you wallet on the floor in the hallway at school sir," he told him then, holding it out to him to show him.

((yea i know what you mean but, i bet you are in a lot of rp too so its hard to catch up))

Dante jump and smile "Oh my gosh thank you so much." He walk up to him and grab his wallet.

Robert nodded and let him take it.
" Your welcome sir," he replied after a moment of silence standing there.

Dante fall on his knees and start to turn to a baby bunny.

Dante look up and notice everything is a lot bigger. He just start to cuss himself out.


Dante start to hop around the house and his kitten. He had three kitten one white, black and gray all fluf and super cute.