The foundation of superstition is ignorance. First Officer Paul Cronin has no use for magical thinking—he’s a logical guy, a skeptic who only believes what he can see. When a new assignment on Flight 511 takes him directly through the legendary Bermuda Triangle, he’s not concerned about losing his aircraft to supernatural forces. He’s busy trying to hook up with handsome flight attendant Dallas.

Dallas seems eager to oblige at the airport, but his ardor cools quickly when he finds out he and Paul are now on the same crew. Then the turbulence hits, and Paul soon discovers there’s more to the Bermuda Triangle than made-for-TV movies.

While trying to decipher his cryptic predecessor’s notes and guide Flight 511 around the Triangle phenomenon, Paul attempts to piece together a relationship with Dallas. It seems that forces—both paranormal and mundane—are stacked against them. Can Paul navigate a successful course through the turbulence while he finds a way into Dallas’ heart?

Note: This originally ran as an eight-part serial, and that is the version I read. After all the segments had been released, the author polished it up a bit and published it as single volume. I’ve not read the slightly revised version, so I can’t say what changes were made in the editing process.

Ah, back when I was young the Bermuda Triangle was quite the topic of conversation; I remember it was even used as the basis for a 1977 television show I watched avidly titled The Fantastic Journey. Of course, this supposedly mystic phenomena has long since been totally debunked, but it’s still fun to imagine what if it had a basis in fact, and that’s just what this book does.

It’s a great concept, and the author sets up a very intriguing mystery that is only hinted at in the summary above. I found it fascinating, trying to figure out just what was happening. This reminded me a bit of an episode of The Twilight Zone (the classic series from the early 1960s), with a few elements of the Stephen King film The Langoliers thrown in for good measure.

In addition to the paranormal mystery, the story features a developing relationship between Paul and Dallas. I liked each of the fellows, and thought the romance was fine as far as it went, but both characters were perhaps a bit underdeveloped.

However, the real problem with the story came in the denouement. Okay, I’m afraid I’m not exactly the brightest person around (my porch light is on, but no one’s at home). But the fact that I didn’t quite understand the ending isn’t entirely due to a natural slowness of mind on my part. The mystery, the paranormal events, simply were not sufficiently explained---and portions of the explanation that were given didn’t make a heck of a lot of sense. I felt rather cheated and disappointed when I had finished. I had followed the plot avidly up to that point, and I was completely underwhelmed at what passed for a conclusion. It was unsatisfying, to say the least---I felt the reader was owed a much more comprehensive explanation, that the story could have concluded so much better. So, that knocks an entire star off the rating for me. I was completely wrapped up in the plot until the final installment, which landed with a resounding thud.

So, a mixed review from me. Still, I’ll recommend it with reservations---who knows, perhaps you’ll be much happier with the ending than I was.

(Well, one positive aspect of the book is that it really did bring The Twilight Zone to mind, along with the recollection that I have all five seasons of the series here on Blu-ray, which I had kind of forgotten about. I’ve only gotten around to viewing a handful of the episodes in this new high-definition transfer, and now I think I’ll spend the remainder of the summer going through the series; a very pleasant exercise in nostalgia that I’m looking forward to.) 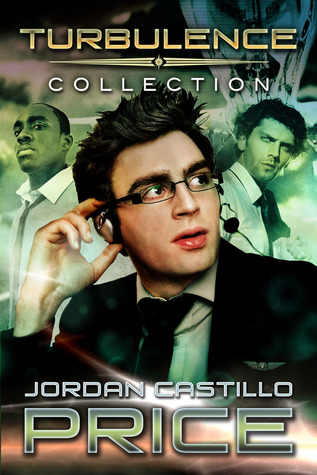 I read the first couple of installments, but wasn't able to understand the story at all, so you're brighter than I am to be able to get to the end of the story!

Mod
This proved for me an interesting read overall, and so different from her PsyCop series.

I appreciated the 'scientific' explanations proposed by this tale as to what happens to folk when they 'vanish' into the Bermuda Triangle - but my mind/brain gave up after a while trying to assimilate the various theories etc ... and I just coasted with the plot-line development instead of struggling with theoretical logistics.

The best part for me is the gradual development of romance between Paul and Dallas. Their dance of attraction (as well as their alters) was enchanting - a truly endearing couple.

A decent read from Castillo-Price (but falls far short of the excellence that is her PsyCop books) IMO.