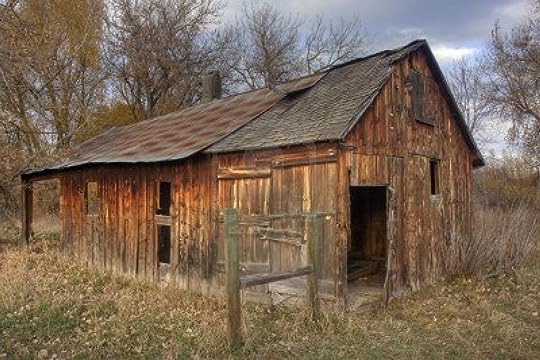 Emilia was walking around with a book in her nose, she liked reading here, it was quiet, and she listened to the other birds gossip about her. She sat down against the barn and kept reading from her book, "Great Expectations." The air smelt like fresh dew and wet bark, but the grass wasn't wet, it was most likely going to rain or grow foggy. She smiled softly at a bird who landed next to her, cocking its head, "who are you? Who are you?" it asked again and again, she smiled and shook her head, gently stroking the bird with the tip of her fingers, with her book in one hand, she continued reading.

Amber stretched out on the grass, her face tilted up toward the sky. Earlier, it had been sunny. Now, it was cloudy, smelled slightly wet, and long ago, she'd felt the warmth of the sun leech away, slowly fading into the darkness. Her eyes were closed, and she'd been lying here, simply breathing in the sunlight and tranquility for a while. Nothing could put her more at peace than that. Her sister was probably looking for her, but she could look. Amber wasn't necessarily in the mood to do much. Just sit and absorb the sunlight, like a cat.

The bird had flown away, and Emilia had noticed it to, she looked through the barn house and on the other side was amber. She cocked her head, because of course, birds were generally curious, even if they were shy. Amber leaned back against the barn door... She sighed silently... time to go she thought. A prey mantis crawled onto her leg, and she freaked. "Get off!" She cried in a whisper, not wanting amber to here

Amber arched an eyebrow, eyes still closed as she propped herself up on her elbows. She cracked an eye, seeing Emilia on the other side of the barn. She smiled amiably, but didn't go over and start a conversation. She knew not all people liked to talk as much as she did. Amber sighed softly, pushing her hair out of her eyes and deciding that she didn't want to go home. No matter what, she didn't need to go home to her siblings. Not at the moment.

A bird came to her rescue, eating the prey mantis, Emilia sighed, relieved. Emilia opened up her book again and started to read the contents of it, but was distracted by a single read apple hanging from a tree, she cocked her head and looked at it, these were not apple trees. She got up and brushed off her dress. Heading over to the blood red apple.

Amber watched Emilia out of the corner of her eye, but it was with detached interest. Like she would watch if she were bored in science class. She saw the apple, and was slightly confused. Those weren't apple trees, were they? That couldn't be good. Amber arched an eyebrow, watching closely now. That apple didn't seem to be normal.

Emilia reached up and grabbed the apple that seemed to fit perfectly in her hand, it burned her in a pleasurable sort of way, so she held on. Suddenly all she wanted to do was to eat this apple that was burning into her skin, this bright red beauty. She yanked it, and was thrown back several feet, she looked up, with a childish look on her face, that showed how hurt she was, her book was thrown up into the air, and shredded. She looked at it frightened, but went back to the apple. She reached for it again and this time the apple scorched her. She yelped back in surprise. And held out her hands for the apple to drop in, she waited for a long time and the apple finally dropped. The apple was cool, but she couldn't bring herself to eat it. So she stood there staring at it.

Amber stood up quickly. "What was that?" she asked, running over. That was definitely not normal, she knew that for sure. Amber had no clue what that was, or why it happened, just that it had. "You okay?" she asked softly. She was tense and prepared to shift, prepared to bolt if the need came. But they were safe here, weren't they? Amber eyed the apple closely. It was beautiful, but it looked so false. So surreal.

Emilia nodded. But she knew it was a lie, well sort of a lie. Her hands were scorched, and she didn't heal like a werewolf did. After a minute of starring the apple grew colder and colder... Until it was like ice. It seemed like it had turned literally into ice, Emilia's hands swelled up from holding the now transparent apple. It was magnificent. She had to show somebody. brrr the apple was freezing, maybe she could set it down, maybe for a minute..... She tried to remove her hands from the apple but they seemed like they were attached to the apple by glue. She went up to the barn to try and break the apple off of her, she lifted her hands and hit the apple against the barn, and instead of it shattering, she the earth beneath her moved, shattered into many little cracks, she fell to her knees, and looked panicky at amber, the apple was getting even colder, and Emilia's hands were swelling.

Amber gave a worried look in her direction. "Don't panic." she said to Emilia softly. "Don't panic." she repeated, as if repetition would make it less real. "I'm going to try and get rid of this thing." she said kindly. "Hold still." she gently wrapped her fingers around the apple and pried it off of Emilia's hand. "There." she said, trying to drop the apple to the ground. It stuck to her hand, and it was so cold. What was up with that? Amber frowned. "Well that's interesting."

Emilia nodded, peculiar it was. She reached in her bag, fumbling through an umbrella, she came upon black gloves, she put them on and took the apple from Amber, it soon felt like a weight, and it made her fall to the ground, she took one glove off with her teeth careful not to touch the apple, adm took the other glove off with her hand. The apple was black and looked dead, but still powerful, it had crushed the gloves to something less than ash, and was making a hole in the ground. "Do you think....." Emilia started, her words small, "do you think we should get somebody?"

Amber pursed her lips. "Definitely. That's not normal. At all." she said, her normally bright and bubbly demeanor not in play. "Should someone stay here while the other gets someone, or should we both go?" Amber asked in a small voice. "Because this is not right. I've never seen anything like this. Or read about it..." Amber said softly, fighting the temptation to reach out and poke the apple, which was burning a hole in the ground. That would surely result in disaster.

"I can go quick..." She was about to go on to say about how humming birds were used as messengers a long time ago for their quickness, but decided this wasn't the time. "Who do I go to?" She asked, panicking. her brain was fogging up on her, and she couldn't think straight. Who did you go to in times like these? The alpha.... Or the beta... Both ratios rather intimidating but this called for some urgency, "I'll be fast, you be safe." Emilia said with concern in her yes, she changed her dress slid t the ground, and she was off

Amber frowned, scooting as far away from the apple as she could. What was that thing, anyway? It didn't look right. She should probably go to the Alpha or Beta. Did it make a difference which? That apple was seriously scary. Amber watched, her eyes never leaving the apple. Not once. She couldn't afford to lose focus. Who knew, it might burst into flames.

After a while Emilia came back with Eliza, Eliza was running in human form, trying to keep up with Emilia in humming bird form. Eliza came up short when she saw the apple and Emilia went behind a tree with her clothes and changed into human form. "What exactly... Happened?" Eliza asked looking intently at the black apple. It was strange. And she would be getting to the bottom of it.

Amber frowned. "Well, I don't exactly know. It was hanging from that tree," she pointed to the exact branch, "And Emilia picked it. It stuck to her hand, and I took it from her. It stuck to mine, and then Emilia pulled if off using her gloves. And that's where we left it..." Amber said uncertainly. "At least I think that's what happened..." she said quietly.