First I was a sorcerer. Then I was a hermit. For so long—for years that seemed to go on forever—I couldn't bear to be touched. I put up not just walls but whole stone bunkers to keep everyone out, emotionally, and physically as well. I was protected from people, from ghosts, from specters real and imagined. Sure, I was alone. But I felt safe. Only, after a while, I wasn't sure any longer whether a totally "safe" empty life was really worth living.

Then Tobin came along. Out of the blue, out of my past, with a summons from the king that he wouldn't let me ignore. I tried to cling to my isolation, but he wouldn't give up on me. Tobin never believed in walls.

The book's official blurb goes on to say "This story was written as a part of the M/M Romance Group's "Love Has No Boundaries" event. Group members were asked to write a story prompt inspired by a photo of their choice. Authors of the group selected a photo and prompt that spoke to them and wrote a short story." Except in this case Kaje Harper came up with an entire novel, not just a short. And what a story it is!

I confess I have a certain weakness for tales about fellows who have gone through some traumatic experience in their past, and have withdrawn from the world as a result---only to be brought back to life, so to speak, by the love of a special man.

This story fits the trope perfectly; you can’t help but feel for Lyon when you hear what he went through as a young apprentice mage. Things went horribly wrong for him when he was 18, and he spent the following 15 years in seclusion, just trying to deal with everyday life while hiding from the eyes of the world---until his old boyhood friend Tobin came along to help him out of his shell.

I absolutely loved this story; completely satisfying in every way. Highly recommended for fantasy fans! And I still can’t believe it’s a freebie. You can download it from this address, which contains links to all the free stories the M/M Romance group will be offering over the next two months in their Love Has No Boundaries event:
http://www.mmromancegroup.com/ 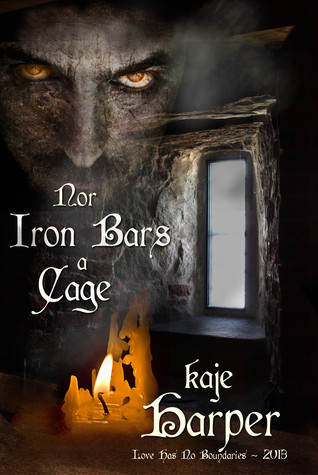 Thanks Octobercountry, I'm looking forward to reading this one.

I have to admit to being quite smitten with Kaje. The amount of work she puts in at the Goodreads YA LGBT Group to keep momentum going and the amount of writing she uploads there too!

I recently read her book Into Deep Waters, another freebie via the M/M Romance group from their 2011 program. What a beautiful and epic love story spanning 70 years! I gave up on single tissues and just grabbed the whole damn box! And all from a group member's picture prompt. Amazing! 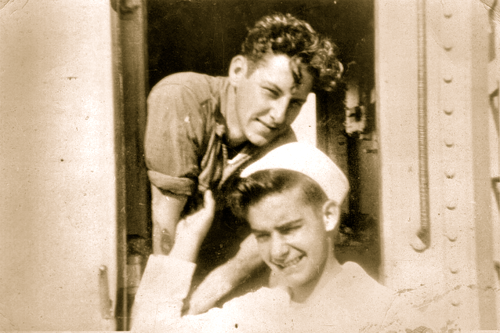 You can obtain most of Kaje's free works in various digital formats at Smashwords. I'm sure Nor Iron Bars a Cage will be available there too after a while.

I'm so smitten with Kaje and the quality of her work that I'm now reading my way through her entire catalogue, both paid and free books.

I'm in the middle of reading this, and I'm really enjoying it. I've enjoyed Kaje's other books, too.

and her new book "Sole Support" is coming soon from Samhain. It's discounted there at the moment.

Mod
Rick wrote: "I recently read her book Into Deep Waters, another freebie via the M/M Romance group from their 2011 program. What a beautiful and epic love story spanning 70 years! I gave up on single tissues and just grabbed the whole damn box! And all from a group member's picture prompt."

I'm amazed at what Kaje was able to do with the picture prompt for Nor Iron Bars a Cage . I'm sure many people would have just churned out a 5000-word bit of throwaway erotica based on that image, and here she comes up with a first-rate fantasy novel. I'm impressed---yep, I really did love this book.

Mod
I couldn't resist dropping a line to Kaje (so easy to do, since she's here on Goodreads) telling her I enjoyed the book. I daresay she wouldn't mind my sharing what she had to say.

Just wanted to say, I LOVED Nor Iron Bars a Cage---read it yesterday, and made a mention of it over on the Backlot Gay Book Forum. Absolutely first-rate; I'm so impressed at what you came up with based on the photo and written prompt.

And hey---if you ever should write more about these two young men, you have an appreciative audience more than happy to hear of their further adventures. Heck, maybe Lyon and Tobin could go on another journey together, in search of some rare magical artifact, and in the process discover just why magic faded from the land. And who knows, perhaps Lyon then discovers that he has it in himself to become a mage just as powerful as the ones in the days of old....

Okay, okay, I realise you may not want to revisit these characters, but if you do---I'd buy the book in an instant. Thanks again for such a wonderful story.

Thanks! I'm so glad that you enjoyed the story, and appreciate you taking the time to tell me so. I had a lot of fun creating this book, and will no doubt indulge in writing fantasy again. (Although I don't know if it will be a sequel to this, or to Gift of the Goddess, or something new.) I like the freedom of story line and social structure that fantasy allows, either way.

And thanks for the mention on that group - in the last two years since I started publishing, I've been blessed with fans who are generous in promoting my books to other readers (which is helpful, since my version of promo is to go write another freebie LOL.) I'm sometimes surprised and delighted by the enthusiasm - it makes it feel worthwhile turning these stories loose for people to read.

Octobercountry wrote: "I couldn't resist dropping a line to Kaje (so easy to do, since she's here on Goodreads) telling her I enjoyed the book. I daresay she wouldn't mind my sharing what she had to say.

That's a great letter, and a lovely reply.

I've finished the story now, and loved it, too. It's a wonderful story, one of the best I’ve recently read.

The two main characters are very likeable, the plot's interesting, with plenty of tension, and some angst, but not enough to overwhelm. The writing style’s excellent as well. I was never thrown out of the story by a clumsy phrase or improbable scenario. The humorous touches in the dialogue that showed up now and then were the icing on the cake. I loved the way Tobin and Lyon interacted.

Five stars from me!

I just got "Nor Iron Bars a Cage" by Kaje Harper. Trolling for new stuff...running low!

I am a Kaje Harper fan, and having read Kim Fielding's excellent "Brute" recently, this sounded like a good fit for my other-worldly-fantasy mood these days.

I was not disappointed.

Amazingly, this long novel (over 100,000 words) was part of a challenge competition (?) for writers, and was downloadable for free - a series of books and stories that are part of a "Love Has No Boundaries" effort to inspire authors based on an image and a letter prompting them to begin.

This is another of those books that I love - a "slow burn," in which the main characters take a good long time to really feel strongly about each other. In this case, we have two young-thirty-somethings (who, adorably, are referred to as middle aged in this long-ago-and-far away landscape) who have been separated for fifteen years.

Indeed, Tobin, the soldier, has believed that Lyon, his childhood friend, was long dead - burned in a fire that destroyed a sorcerer's house when they were both teenagers. But Lyon wasn't dead - he's been hiding from the world, shattered mentally and damaged physically by the sorcerer who was supposed to be his protector.

As they rekindle their friendship - Tobin persuading Lyon to come back to their hometown to do something mysteriously important for the young king Faro - we begin to learn both of their stories as they open up to each other.

Like the title character in Fielding's "Brute," one character, Tobin, is the soul of gentleness - a man who instinctively is caring and open-hearted. While this is not something I have ever associated with any male of the species in the medieval world, in fantasy medieval world this works just fine.

There is psychological complexity, emotional depth, tenderness and romance aplenty - it is a beautifully written and carefully crafted narrative that draws the reader in and makes him part of the story. No false antiquity jars the mind - but no disturbing anachronism breaks the illusion of sometime and someplace away from what we know.

To me, this beautiful book doesn't have quite the impact of "Brothers of the Wild North Sea" (Harper Fox) - but they are surely in the same league, with "Brute" making up a very fine trio in any serious romance lover's library.