Mod
Okay, so what's your idea?

I had the idea of a Horror/Romance RP where a guy and a girl fall in love. However, the guy is possessed by a demon. The girl tries to help him when she finds out.

Do you want me to be the guy?

Mod
If you want to be. I'm fine with either.

"We stopped checking for monsters under our bed when we realized they were inside us."

Personality: Xavier is quiet. He mostly keeps to himself and tries to avoid others. He mostly speaks in a low or mumbled voice. That's his way of letting someone know that they need to go away before the demon inside takes over and begins to kill. Before Xavier was possessed, he was one of the nicest guys you could ever meet. He cared about everyone and was a wonderful help in his neighborhood. It's not exactly certain why the monster chose him as a victim. It's just known that it's there. 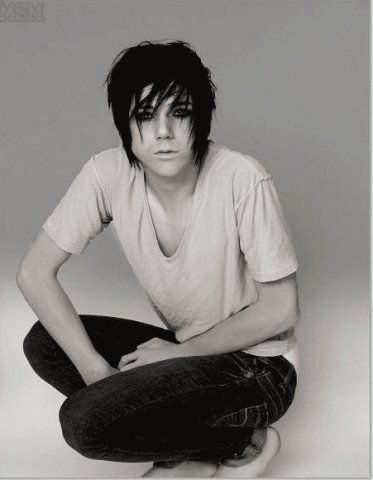 History: Xavier woke up one morning. He was feeling weak and sick. He plodded into the bathroom. He hovered over the toilet, vomiting continuously. He slowly opened his eyes and stared in shock when he saw blood instead of his disgorged dinner. A week later he went to a doctor, but was confused to find out that nothing was seriously wrong. For the next few days, Xavier continued to grow weaker. He eventually started showing signs of restlessness and violence. When his mother came home one night, Xavier had destroyed the living room. This was not destruction that you would have seen after a wild party. All the furniture was broken and torn. The walls were covered in blood and claw marks. Xavier was crying in a corner. His mother confirmed that Xavier was, without a doubt, possessed.

Pets: Xavier used to have a dog, but they had to get rid of him. The dog couldn't stand to be near Xavier after he was possessed.

Other: If Xavier starts to show signs of hostility, be cautious.

"Monsters are real, ghosts are real too. They live inside us, and sometimes, they win."
- Stephen King

Mod
Very good! I love your character. I'll post mine as soon as possible. 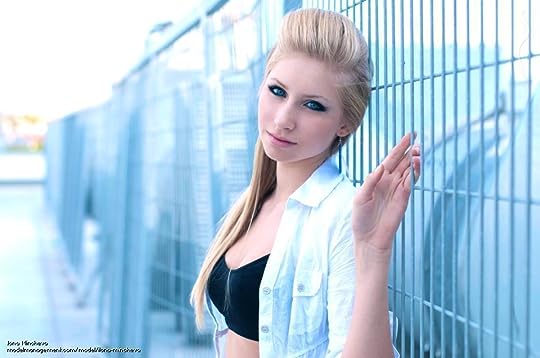 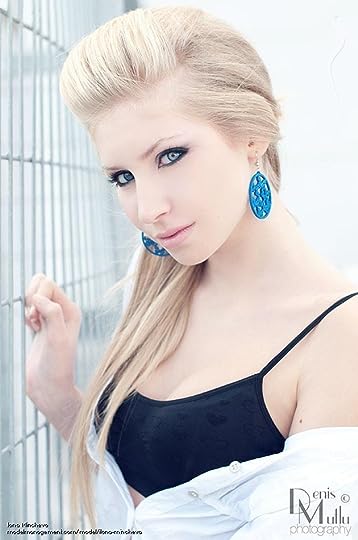 Personality: Nikolina is kind and caring. Though she sort of have a temper, meaning she gets mad easily, though she also gets over it quickly, most of the time. She goes out of her way to make people feel better, though she doesn't like to pry into other people's business. She goofy and fun loving, she is the exact opposite of normal. She was a foster child, so as far as she knows she has no family and no one to love, or anyone to love her. Because of that it’s hard for her to believe anyone could to truly love her. Though even if she doesn’t believe they truly care or love her, she’ll still love and care for them. She will also try and help them in anyway they need it, no matter what the problem is.
History: She grew up in foster care. Going to live with one family after another until she was eighteen. After that she was left to take care of herself. Which she was fine with because even when she lived in a foster home she pretty much just took care of herself anyway.
Crush/Relationship: None
Other: She is always wearing this necklace. She never takes it off. (view spoiler)[ 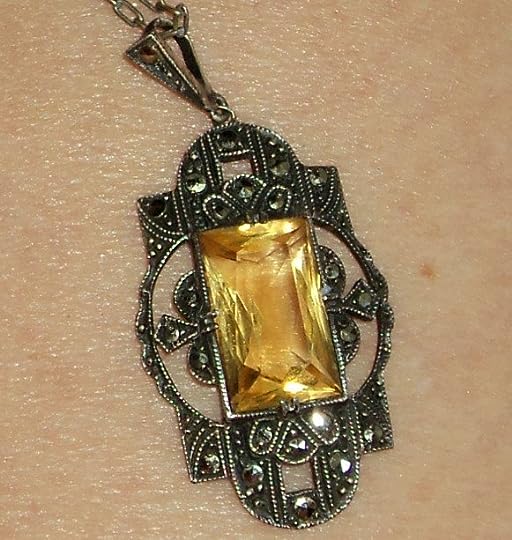 Mod
I can add more information if you want.

Mod
Okay :)
You want to start or shall I?

Nikolina was walking down the sidewalk of main street trying to an apartment or just a job. She'd just moved to town and she'd hadn't found a place yet. The only reason she was there was because she was kicked out of her last apartment for being late on rent. Though that was only because she had to quite her job because the boss was harassing her. She was okay with moving though, she didn't really like that town much anyway.

Xavier was sitting on a bench by his house. He had his head in his hands, and his eyes were closed. For a long time, the monster within him hadn't shown any activity, but as he was starting to gain hope, it came back. Now, he was feeling horrible and sick, just wishing that this thing would go away.

Mod
Nikolina had a paper in her hand and she was looking for both job and hotel listings. She hadn't found anything yet and it was her second time looking. She had to sleep in her car, but that was okay, it wasn't like it was the first time she'd ever done that.

Xavier sighed and stood up. At the same time he stood up, he bumped into someone. "Oh, sorry!" He looked down at the stranger, seeing that it was a really pretty girl.

Mod
Nikolai yelp quietly when someone bumped into her. She looked up at the guy apologizing to her and smiled small, thinking that he was very attractive "It's okay" she said.