Mod
((Alright, so The Forest is still on school grounds. But, it's forbidden to go too deep into it. There's an imaginary line with a whole bunch of spells on it that prevents you from doing so.))

((And, it's an enchanted forest, so anything can happen!)) 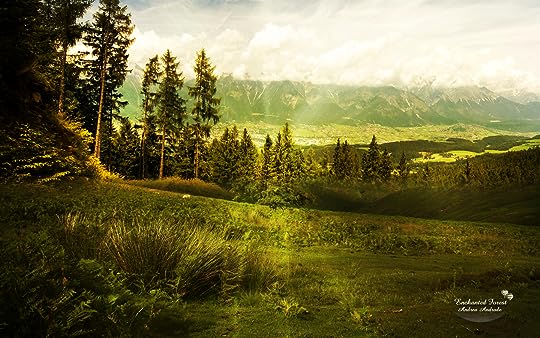 Maggie had left the school building and entered the Enchanted Forest for quite a while now. Her long hair, straight originally chestnut brown, are curled and blonde on the bottom. It has been 2 years since she entered Hex Hall and havent found the time to re-dye or cut her hair so it now trail to her waist. Her sky blue eyes stare blankly straight ahead as she recalled her memories as a young child when her parents are both still alive.

The setting sun cast a shadow over the forest, lighting up the place in a warm, welcoming light. Maggie never socialized with people much, and isnt like by much of the students since she's one of the vampires who rarely attending Hex Hall, and also because she was a Dark not many years back.