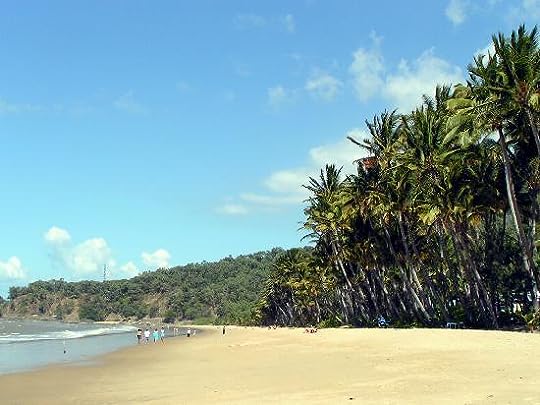 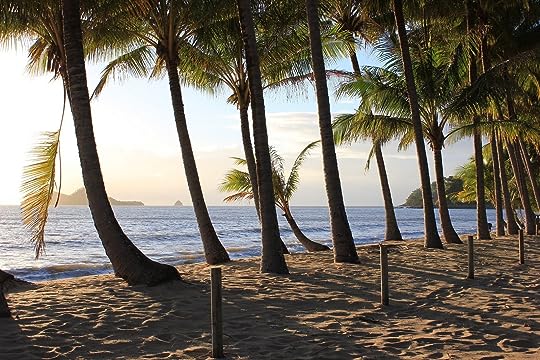 reply | flag *
message 2: by [deleted user] (new)
Jun 05, 2013 01:27AM
Cara hopped out of her blue Corolla, pulling down her shirt a bit more. Before arriving at the pristine beach, she had thrown on her bikinis and a white graphic tee. Normally she was too self-conscious to even consider wearing the revealing swimmers in public but today she seemed to gather a bit more courage. The beach was practically empty, the surf quite wavy she noticed. Perfect conditions. Tentatively, she walked onto the silky sand and set her towel down, folding her limbs underneath her on the towel. For a few minutes she simply looked into the distance, dreaming of faraway lands, like Scotland.

Xander had no been the proud owner of Dusty for four days and the two of them had settled in well together. It had taken Dusty a little getting used to the apartment and Xander himself and he'd been a little shy at first, however Xander had managed to calm the pup a bit and get him out of his shell and used to his new life. Xander had decided it was better for Dusty to get comfortable with his surroundings at home before he took him out, so this was the first walk the two of them had taken together. Xander had always loved the beach and he lived just across the street from a nice one so he thought that it was the perfect place for he and Dusty to visit. They wandered down onto the sand and Xander let Dusty off his lead to give him a bit of a run around.

((Sorry for any spelling mistakes or whatever. I suck at typing on my phone.))

Cara had been fantasizing about living in New York when something crashed into her, knocking her over sideways. Looking up, she grinned as the puppy licked her face consistently. Cara sat back up, rubbing Dusty behind the ears like he loves. "Hey boy! Where's that owner of yours?" She asked him and her eyes scanned the beach, coming to rest on the handsome Scotsman. She admitted, he was definitely not hard on the eyes, but something about him gave off vibes that screamed 'leave me alone'. She raised her hand hesitantly and waved at him.

Xander cringed slightly when Dusty seemed to go out of control and then barrel into a girl not too far down the beach. It took him a second to place the face but once he did, he couldn't deny the surprise he felt at seeing Cara. He watched as she waved at him and he felt no need to reject the gesture considering that she hasn't done anything to him but give him an adorable puppy that he loved. He lifted his hand in greeting, before he made his way down the beach and towards Cara and his pesky puppy. "Sorry about that," Xander said, gesturing towards Dusty. "I've been getting him use to the apartment and me, so he hasn't been out much in the past few days."

reply | flag *
message 6: by [deleted user] (new)
Jun 05, 2013 01:52AM
"No problem, I can understand." She smiled and remembered all the times she had chased cats, dogs, rabbits and even a pony down the street when they had gotten excited or frightened at the shelter. Snapping back into reality, she brushed the sand from her flawless, revealed legs and she cringed. Why had of all days had she chosen bikinis? Scolding herself, she returned her attention to the gorgeous boy before her. "So, um... how have you been?" She cringed at the question and played with a lock of golden hair.

Xander nodded. "Yeah. Animals can be a handful," he said. He couldn't help his gaze drift to Cara's legs, but he quickly moved his eyes across and away. For some reason he felt uncomfortable looking at her like that. Usually it didn't phase him how he looked at a girl. But he felt the need to respect Cara and he told himself it was because she had been kind enough to let him take Dusty home with him. "Yeah I've been good...." Xander said quietly as he knelt down and pet Dusty behind his ears. The pup responded by rolling onto his back for a belly rub.

"How has Dusty been adjusting?" Cara asked, oblivious to Xander's straying eyes. Her head tilted to the side slightly, a habitual thing, and her golden hair became highlighted with the sun's rays. She was still a little worried about him settling into a new home because when he arrived at the shelter, it had not been a pretty sight. Cara chuckled at a fond memory, then cleared her throat realizing she must look like a crazy person. She smiled, dimple prominent, as Xander rubbed Dusty's belly. Whenever he was around animals, he seemed to be clouded in a peaceful aura, unlike the one he normally wears. Most girls would be attracted to the 'mysterious' Edward-from-Twilight part of him but Cara preferred this one. Where his eyes showed happiness rather than depression.

Xander glanced up at Cara's question and gave a little shrug. "He was really shy the first day home, but by yesterday he seemed to be quite comfortable with his surroundings. He was probably just nervous and confused about being in a different environment but he seems happy now," Xabder replied as he picked up the pup and bundled him in his lap. To his annoyance, Xander couldn't help but see that Cara was quite pretty. Xander had never so much been attracted to someone, however he seemed to be attracted to Cara. He had no idea why. It wasn't so much that he liked her, it was just that he found her appealing. Xander let his eyes from again to Dusty, now feeling slightly uncomfortable. He never usually had a conversation with anyone so this was new to him.

reply | flag *
message 11: by [deleted user] (new)
Jun 05, 2013 02:43AM
"You don't like to talk much, do you?" Cara asked, and studied Xander. She didn't mean to sound so abrupt, but he intrigued her very much so. He was quite the lucky one, with lovely brown hair with little streaks of honey, deep eyes and an admirable physique. Cara blushed slightly and covered it with her curtain of hair when she realised she had been blatantly staring at him for what? A minute? She swallowed and moved her gaze to the happy pup, oblivious to the raging hormones buzzing around him.