Name:Alexia(she likes to be called Lexi!)

Meaning of name: defender of mankind it is of both English and Greek origin.

Background:She lives with her mother in Ohio.

Weapon: Sword like lukes that could kill both immortal and mortal. 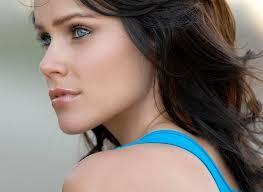 OMG Meiyu i didn't even know your name was Alexa! I was just making my character and when i finished i realized that they have similar names!!!!!

No you don't have to it's a nice name that's why we both chose it!!!! We can be twins or friends at the camp!!!

heehee! Why did she put makeup on you???

did she get it all over your face???

hahaha yeah! that was so funny!

Family: Poseidon
Background: she lives in Florida with her mom, she loves to surf, water ski, swim or do any water related sport!
Godly Parent: Poseidon
Powers: she controls water/ breaths under water and she can talk to under water animals and Horses
Weapon: water power and swords
Crush:???
Other: Her name Marissa (Ma-riss-ah) means "Of The Sea"

Yeah it is it's possible to make any Olympian child! ;)

Meiyu=Lala Girl&Grammar Girl♥Imagine Dragons♫ wrote: "but the big 3 swore not to have children with mortals right and Hades was like the only one who didn't break the promise..?right?Lol or am i wrong...hehe"

No your right hold on I'm going to make another discussion where you could ask this question...

I'll send a message hold on...

Personality: She's unkind and unwelcoming at FIRST but when you get to know her, she loyal trustworthy funny sweet sassy sarcastic smart and ambitious but she CAN prank and get revenge... So watch your back MWUHAHAHA

Appearance: She has sea green eyes which change color according to her mood it's usually green but when she's annoyed/mad they turn blue green when she's said they turn a shade of green practically brown but with hints green she has brown wavy hair with a streak and if there isn't which is rare, it'll have a bead and feather accessories she has dolphin earrings and her sea-themed charm bracelet, each charm is a different weapon, she has: a sword, bow and arrow, 2 daggers, a spear, and a shield and it'll only come out of it's disguise with a touch of her finger and ONLY hers

Family: her mother and her also demigod sister (open for creation) she'd die if that meant saving their lives her father is Poseidon

History: She grew up with her mother in an apartment building near Central Park, they usually went and had picnic by the time she was 4,monsters already started to appear they never attacked, but just watched when she was 12 they started to attack not watch, her mother drove her and her sister to Camp Halfblood

Power: well she can survive under any pressure of water she can breathe underwater communicate with horses and aquatic animals she can stay dry underwater if willed and can basically control water

Weapon:each charm is a different weapon, she has: a sword, bow and arrow, 2 daggers, a spear, and a shield and it'll only come out of it's disguise with a touch of her finger and ONLY hers

Name: Raisa Hall
Age:16
Appearance: wavy brown/gold hair, short, tan, athletic, pretty, ocean green/blue eyes with a hint of gold.
Personality: VERY smart, nice, funny, competitive, adventurous, loves the water (duh)
Mother: holly Hall
Father: Poseidon
Background: at first when she came to camp half blood she only came for the summer but then monsters were attacking while she stayed at home so she ran away so her little brother wouldn't get hurt.

haha, did everyone do Poseidon!?

I know right hey meet all the children of Poseidon at the dining pavilion!!!! :[)

I have a question. DO we invent these?

yes and BTW there's a discussion for asking Questions :)

reply | flag *
message 24: by [deleted user] (new)
Jun 09, 2013 05:01PM
Name: Satona (SAA TONE a)
Nickname: Sooty( As in soot...the black flacky ash)
Age: 16
Personality: Keeps to herself and has a bad a** vibe. Nobody knows what she can do, and she is either always closed off or angry.
Appearance: Has black hair and dark green eyes, and wears lots of makeup.
Family: Father is Hades. Doesnt know her mother.
Background: She has been a hunter all of her life.
Godly Parent: Hades
Powers: she can raise the dead, she is EXTREMELLY skilled with a sword and bow and arrow, and has lots of unknown powers. With one look at her, all of the guys die of heartattacks and all the girls then kill eachother of jealousy because they think the guys died cause of their best friend, or the person next to them, whatever.SHe also has all of the powers of Nico and Bree.
Satona is a hard core, cold blooded killer, but she is sassy too.

What do you mean non-Demigod of Hades does that even exist?

Idk what your talking about.

Hey, I know this isn't the question area but, in this RP aw the "big 3" not supposed to have children or are they allowed to? Cause I saw a lot of people making daughters/sons of them.

Yeah, but are we allowed to have demigod children from the big 3?

Wouldn't they still be a Demigod?

Bella wrote: "Hey, I know this isn't the question area but, in this RP aw the "big 3" not supposed to have children or are they allowed to? Cause I saw a lot of people making daughters/sons of them."

Oh, okay. Sorry for asking so much! :D

reply | flag *
message 33: by [deleted user] (new)
Jun 11, 2013 12:49PM
Meiyu=Lala Girl&Grammar Girl♥Imagine Dragons♫ wrote: "Uhh Clara...the big 3((Zeus Poseidon and Hades) swore not to have any children with mortals but Nico and Bianca((Who is dead:/)and Bree,their long lost sister..lol are his children but were sort of..."

no, Ill say she was created by Hades uhhh doing it with a beautiful soul.