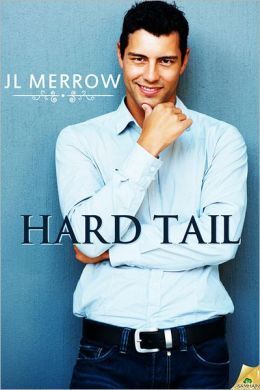 Finding love can be a bumpy ride.

His job: downsized out of existence. His marriage: on the rocks. It doesn’t take a lot of arm twisting for Tim Knight to agree to get out of London and take over his injured brother’s mountain bike shop for a while. A few weeks in Southampton is a welcome break from the wreck his life has become, even though he feels like a fish out of water in this brave new world of outdoor sports and unfamiliar technical jargon.

The young man who falls—literally—through the door of the shop brings everything into sharp, unexpected focus. Tim barely accepts he’s even in the closet until his attraction to Matt Berridge pulls him close enough to touch the doorknob.

There’s only one problem with the loveable klutz: his bullying boyfriend. Tim is convinced Steve is the cause of the bruises that Matt blows off as part of his risky sport. But rising to the defense of the man he’s beginning to love means coming to terms with who he is—in public—in a battle not even his black belt prepared him to fight. Until now.

Warning: Contains an out-and-proud klutz, a closeted, karate-loving accountant—and a cat who thinks it’s all about him. Watch for a cameo appearance from the Pricks and Pragmatism lovers. May inspire yearnings for fresh air, exercise, and a fit, tanned bike mechanic of your very own.

Finally, something by Merrow took the taste of Slam out of my mouth. I would mention her use of double entendres (Pricks and Pragmatism, now Hard Tail), but it turns out that the reference is to a type of suspension on a mountain bike. (Whew!)

Ms. Merrow has a talent, when she exercises it, for taking an oft-used, trite storyline and making a refreshing and fun read out of it.

Everything you need to know (or might have discovered in the reading) is provided by the accompanying summary. This isn't great literature, but the characters are refreshing, and there are enough twists and turns in Tim's timid pursuit of Matt to keep things interesting. This is a good summertime read because nothing has to be retained for any length of time at all.

That isn't to say the book isn't good; it is. It's simply a good retelling of an adult coming-of-age/coming-out story mixed with some really swell descriptions of doing karate and bicycling in the English countryside.

Recommended for people looking for a nice read when nothing else seems to strike their fancy. No insta-love, GFY or SMG involved, just a nice time being had by the reader. Besides being a summer read, I think this might work well on a boring rainy day. It certainly gives you your money's worth for a "been there"/"seen that" type of story. No new ground is broken anywhere, and all but one of the characters are very likable. Like I said: a good palette cleanser while waiting for the next Amy Lane.

I enjoy Jamie Merrow’s stories, and liked this one, too.

Sometimes the first person commentary was a little too “blokey” but overall, it was fun to read.

The break-up of Tim’s marriage was oddly accepted without much angst at all. In real life, I think there would’ve been more stress, even if the marriage wasn’t hugely successful.

Tim and Matt also become attached very quickly. I would’ve preferred their relationship to have developed a bit more slowly, since they were both coming from failed partnerships to begin with. But that's just being picky. I gave it **** 4 stars.

Mod
Suddenly (but not surprisingly) I'm spacing out here---where was the "cameo appearance from the Pricks and Pragmatism lovers" in this story? I don't remember it at all...

Octobercountry wrote: "Suddenly (but not surprisingly) I'm spacing out here---where was the "cameo appearance from the Pricks and Pragmatism lovers" in this story? I don't remember it at all..."

Luke and Russell are friends of Matt, and come into the shop while Tim is covering for his bro, Jay. They're there to buy a bike for Russell to ride to get into better shape. It's a very short scene, but helps set up the backstory that Matt is being physically abused by his then-lover.

Aussie54 wrote: "I enjoy Jamie Merrow’s stories, and liked this one, too.

Sometimes the first person commentary was a little too “blokey” but overall, it was fun to read.

The break-up of Tim’s marriage was od..."

That's funny, because I found Matt's continued attachment to his abusive lover to keep the boys from getting together nearly as quickly as so many Insta-love stories have their protagonists fall.

Perhaps because it wasn't that long a novel there wasn't all that much time to develop a slower coming-together.

As to the break-up of the marriage: I quite believed that part. I thought it was very well explained that they had initially only gotten married because of family pressure; and the marriage, itself, had been far more brother/sister than a regular m/f loving, sexual union.

Horse races, my friend. This is why horse races continue to make money world-wide. :-)

Aussie54 wrote: " Sometimes the first person commentary was a little too “blokey” but overall, it was fun to read. "

I think one of the reasons I enjoy Merrow and Josephine Myles writings is because I love their "blokey" banter.
I am an anglophile, I can't help myself!