Mod
Powered by the dreams and struggles of three generations, THE THORN BIRDS is the epic saga of a family rooted in the Australian sheep country. At the story's heart is the love of Meggie Cleary, who can never possess the man she desperately adores, and Ralph de Bricassart, who rises from parish priest to the inner circles of the Vatican...but whose passion for Meggie will follow him all the days of his life.

Mod
Questions to think about while reading:
1. Are there comparisons between American frontier life and the Australian life described in The Thorn Birds?

2. If you had a flush toilet would you live on Drogheda?

3. When Justine is telling her friend that Dane is going to enter the priesthood, she comments that God thinks of women as second class. Do you think Fee and Meggie had the same opinion?

4. What did you think of the Thorn Bird analogy? Were the Clearys thorn birds in your opinion?

5. If the movie were cast today who should play Father Ralph? Meggie?

6. Which was the better romance: Fee and Paddy? Meggie and Ralph? Anne and Luddie? or Justine and Rain?

Mod
My thoughts on this book:
1. While reading the book I definitely felt the book had a great deal in common with American Frontier life. I've never really read anything set in the Australian Outback, but I have read a great deal about the American frontier and this was definitely similar. There is the constant fight with the land to get it to produce something and the constant fight with the weather. Though the climates may be quite different wildfires, droughts, floods, and insect/wildlife plagues were (and are) common in both places. The toughness of the characters is also similar between both places.

2. No. I would have to have air conditioning too and even then I think I would go stir-crazy being that isolated. Not to say that sometimes I don't want to get away from it all, but not that far away. I would also miss being close to a library :).

3. I definitely think all the women in the novel were not big fans of God and felt that God did not care for them. Looking at the hardness of their lives, I do not blame them. The Cleary family was also extremely patriarchal which would lead women to think that they are not nearly as important in the grand scheme of things.

4. I feel that the Clearys thought they were thorn birds, but I don't think the analogy completely fit. I don't think any of them were prisoners of their fate. They made their own decisions. If I had to pick someone in the book who fit the Thorn Bird analogy it would be Fee.

5. This question I included just for fun. I'm one of those people who reads a book and comes up with a fantasy movie cast for it. So for Father Ralph, I would have to cast James McAvoy. 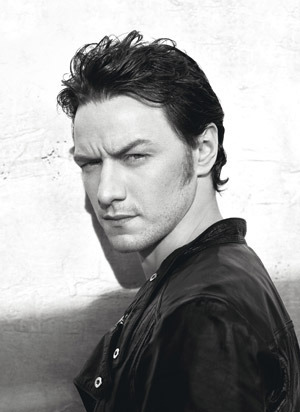 . He definitely has the good looks for it and I loved him in "Becoming Jane" and "Atonement." For Meggie, I would choose Bonnie Wright of "Harry Potter" fame. 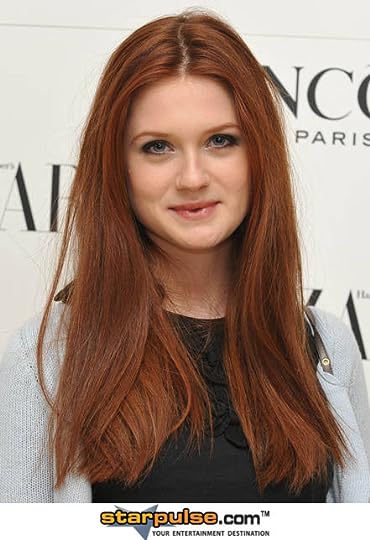 6. I really enjoyed reading about Justine and Rain's romance more than anyone else's. They really seemed to connect and enjoy each other's company. Anne and Luddie are a close second.

1. I felt there were similarities between the Australian outback and the American west. The similarities that struck me the most were the isolation of both places and the struggle to live of the land.
2. I don't think I would want to live on Drogheda but I would love to go for a long visit.
3. I do think the Fee and Meggie felt that God considers women second class citizens.
4. I don't think the thorn bird analogy fit completely, I feel the character in the book were more what would consider self martyrs. I feel the character who was least fit the thorn bird analogy was Justine.
5. I don't usually think of what actors would play characters in book so this was an interesting question for me. For Ralph I was think Paul Bettany who played Chaucer in A Knight's Tale and he was also in The Da Vinci Code. For Meggie I thought Emma Stone from The Help with the red hair of course. On a side note have you seen the mini series that was made in the 80's?
6. My favorite romance was between Rain and Justine. Least favorite was Ralph and Meggie, I found myself getting very irritated when reading about them!

Hi, I'm a big fan of The Thorn Bird and I want to try to answer your questions. I've read the book and watched the mini-series and I can say that I like them.

For your question number 1,2, and 3 I have to agree with Christie and April.

4. I think that it's fit for Meggie, Fee, and Justine.
5. When I read it, the image that came into my mind for Ralph character was Pierce Brosnan ( he was Irish!). He's still hot even he's old :P
But, I have to say that Mr. Chamberlain has made me fallen for him in the mini-series
And for Meggie (actually is hard for me to find right person to this character), I thought about Lindsay Lohan at Mean Girls
6. My favorite romance, of course, Ralph and Meggie. Although I don't like the bad ending for them..

Mod
April wrote: "1. I felt there were similarities between the Australian outback and the American west. The similarities that struck me the most were the isolation of both places and the struggle to live of the la..."

I have not seen the mini series from the 80s April, but the copy of the book that I read was the tie-in edition for the TV series. I found Ralph and Meggie irritating too at times, though I did feel for them. It's one of those love stories where everything just seemed to happen at the wrong time.

Mod
Rina wrote: "Hi, I'm a big fan of The Thorn Bird and I want to try to answer your questions. I've read the book and watched the mini-series and I can say that I like them.

Hi Rina! We are glad you joined us for this discussion. Hopefully, you will find some of the other books in our group great for reading and discussing. Pierce Bronson as Ralph, now that I didn't think about but I could totally see it. So you have seen the mini-series? How did you like it? Do you think it went along well with the book?

Yes, I've seen the mini-series and I like it. I love Richard Chamberlain as Ralph there

I haven't seen the mini series but I want to. Think I'm going to have to buy it from eBay.

April wrote: "I haven't seen the mini series but I want to. Think I'm going to have to buy it from eBay."
well, I think that's a good idea :)
but, FYI, I watched it on youtube..