Powers and abilities: Eir has of course the top healing abilities in all of Asgard. She is also seen to have the basics of defensive magic, to sheild her self while healing on the he battle field. She also has the common abilities as other Gods and Goddesses: Superhuman Strength, Superhuman Stamina, Superhuman Durability, Superhuman Agility, Superhuman Reflexes, Extended Longevity, Regenerative Healing Factor. She is a long range fighter, often using long range weapons such as bows and crossbows. 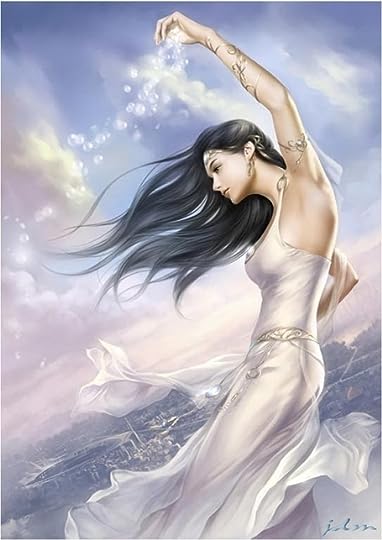 History: Eir was originally a Valkyrie with advanced healing abilities. She would often be the first on the field, waking warriors up, giving them life. Odin noticed the compassion and strength in not only her eyes but in her heart and soul. After years of working hard an unexpected award came to her. She was called to AllFathers courts, in front of all the Gods and Goddesses, including her mistress the Goddess Frigg. She feared she had done something wrong, but as she bowed Odin commanded her to rise and take on a new challenge and identity. He made Eir a Goddess, the goddess of healing. Ever since she has worked hard to prove he didn't make the wrong decision.

Personality: Eir is the personification of her name, meaning mercy. She is compassionate to a fault, where others can easily take advantage of her. Though she does have a silver tongue, easily conveying her sharp wit. She prefers using her wit over her brawn to defeat enemies. She is a gentle spirit preferring no violence at all.

Opps! knew I was forgetting something! lol