Personality: Meredith is a really funny and down-to-earth girl. She will make anyone laugh and happy. She can be a little pushy at times, but she is mostly generous and kind. 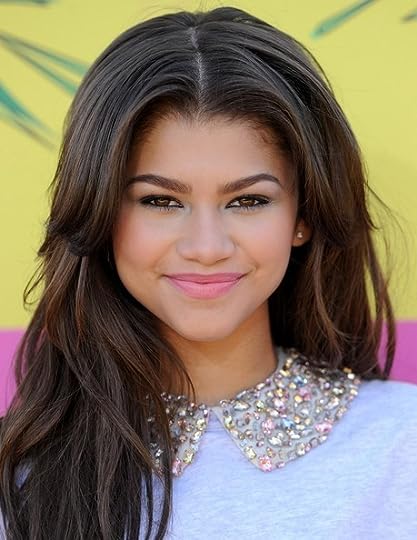 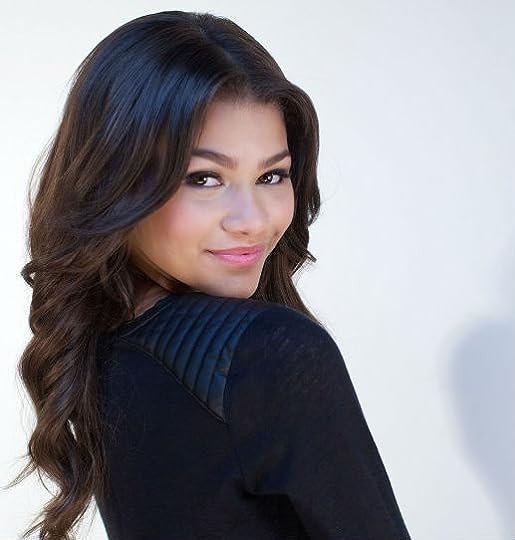 Backstory: Meredith was born in a common family. When she was out in the forest one day and the sun started to set, a wolf suddenly appeared and she fainted. She didn't think there was anything wrong with her. But her sences suddenly started to improve and when she thought to much of the wolf she had seen, she suddenly turned into one. She is extremly good at controling her changes and helpes other wolves fight their changes.

Weakness:
blood (which is wierd for a werewolf)
caves (she just doesn't feel right, when she sees one)

wanna rp? I don't mind where

okay, I haven't rp-ed at all yet, so I don't know where we could rp, so you please decide.

Personality: Remus is charming with an apathy for emotions. He always seeks to find the good in people and is unlikely to take offence. He is usually happy and jovial. In a fight he is a very useful ally as, negligible of his werewolf tendencies, he is tactical and shows leadership but also is willing to listen to advice. However when the change is near at hand for him, he becomes quite soporific and less energetic, at times snappy and certainly unhappy. He is able to control his wolf self quite well but it has a significant bloodlust which he tries to maintain as best he can. Despite the advantageous in a fight, he would rather be cured of the disease. If it comes to battle in werewolf form, he either kills or nothing, he refrains from wounding for fear that they would survive and contract the disease from the wound.

Appearance: He is tall at about 6'3. Remus has Caucasian skin with brown hair that sticks up slightly. He has light brown eyes. Nearer to the change his eyes get blacker and blacker. He has a strong jawline and slight dark stubble. He dresses in a loose fitting linen shirt with rather baggy line trousers. He normal travels bare footed. Around his neck he wears a locket made of silver. He has three scars running from his lower back and around to his stomach

Backstory: Remus was born in a small village in the mountains in the kingdom of the White Knights. His father was a knight, and was frequently away, but taught him great tactics of battle from an early age when possible. His mother died in childbirth and he was brought up by a foster mother. The foster mother had a daughter, Sophie, and the two became inseparable. By 15 they were always seen together and it was the wish of both families that the pair would eventually form a family of their own. However one night a rogue band of daemons came and pillaged the village, killing and chasing the villagers from the town. Remus was bitten by a lycanthrope as he ran and fell into a hot coma as his body metabolised the toxins. He awoke as the wolf and with a terrible hunger for blood he hunted nearby before returning to the village and murdering any villagers which had made it back, bloodlust clouding his eyes from being able to distinguish people. When he awoke the next morning, human again, he found Sophie amongst the dead and has since then never known wether he killed her or if she had been killed in the initial fight. He took from her the silver locket she always wore, and entwined in it her hair. He found the silver burnt him and was painful to carry. For the next 4 years he live a secluded life in the mountains, learning to control his ability and be able to maintain a hold of himself while in wolf form. He has also developed the power to change on command, but needs a significant time between each change to regain energy. He wore the silver locket always and passed many nights in torment and agony. However, soon he realised it no longer hurt and his body, due to regular exposure, had become immune to the effects of the silver. Now, with his ability of self control he hopes to aid in the wars below, and hopefully, find a cure.

Weaknesses: formally silver, nothing yet that he is aware of gives him the same effect but he is unable to resist the change at full moon, or visit the village where he was born.

Family: none that he knows of, maybe his father survived, he never found him.

Do you want to RP, once he's approved?

Yeah sure, if he's approved :)

Where do you want to RP? Outlands?

Personality: outgoing, spitfire, sarcastic and has that don't bug me and I won't bug you persona, she is usually easy going, witty and definitely anything but girly.

Appearance:
She hides her athletic figure behind men clothing, she's never wearing women clothing only men, keeps her hair usually up or hidden beneath her hat (which she will be cutting her hair till its the length of most men's) but she is solidly built, her face tho is usually covered with dirt or oil since she does get around and works also helps hide her feminism but she has some pretty battered hands rough from use.
Wolf form: a large strawberry blonde wolf, as sexy and beautiful as any wolf of course with snout and such. Tho her fur is usually matted with grime and dirt. Unless she takes a dip in the river.

Hair~ strawberry blonde which she keeps in a high pony tail or beneath a hat
Eyes~dark green
Weight~ 110
Height~5'7"
Markings~ scars on her hands from working as a blacksmith once (disguised as a male), scraps and scars covering her limbs and body one that's really noticeable is the scar sliced from the right side of her chin and down her neck disappearing under her shirt.

Background history: her family died when she was young she was taken in by a nearby farm raised and taught to survive on her own... Until the farm got raided at the age of 8 and the elderly couple perished leaving shay alone once again. She took off and lived in the woods for some time before joining the population working to get money for food while she kept shelter in the woods. And she lives like this till this day... But she doesn't realize she's a shifter all she knows is she wakes up random mornings with an animal carcass not too far from her with blood stained her face and hands.. (Her mind gets wiped of the memory)

Strengths: her ability to survive alone and to learn things quite quickly.
Weaknesses: her inability to trust easily and her fear of heights (she's also allergic to silver)

Family: none. All deceased.

Other: she always has her shield shaped iron necklace hidden beneath her clothes... The shield has in the centre a wolf's paw print with the design of of ivy surrounding it with daggers dented into the iron making it look like it was crossing diagonally across the Shield. Symbolizing what she is.

Appearance: On the skinny side. His fur glistens in the sun, and is sort of stripped grey and silver, pending on the sun's location and the wind. 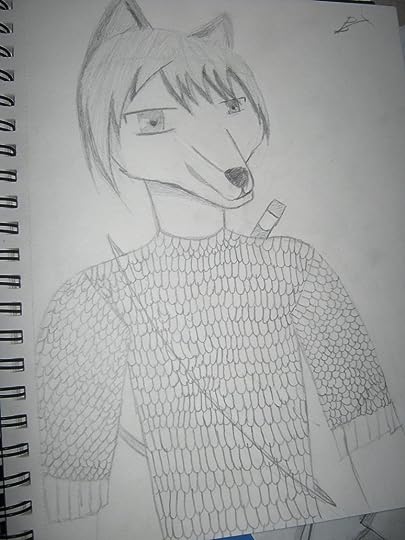 Backstory: Comes from a small village, hidden in the woods. Was given a battleaxe axe by his brother, Benji, the day he had left the village, about 6 years ago. Gowey has been looking for him for the last 2 years, hoping he's still alive. He had a crossbow made shortly before he had left the village. His journey eventually brought him to many city's and towns. Has had made a few friends that became rather close, and others that would prefer to kill him. Some have nearly succeeded in doing so. Most of the people that have tried to kill him are either annoyed women, or angry boyfriends of women he's hit on. Some how, some way, he's managed to find this new place, as well as, loose all contact with those of his home.

Family: None, that he knows is still alive

Other: He's more of a wolf hybrid, so he doesn't change.