Mod
Name: Amy winters
Codename: frost
Age: 20
Grade:
Training Squad(Ask to be put in a squad and get daily missions or exercises in the danger room): 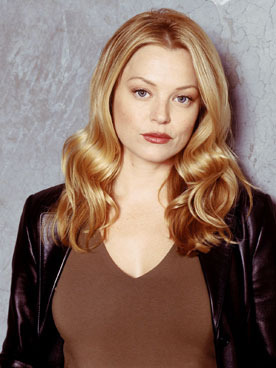 History: Amy was born in the 1920's. She was Steven Rogers best friend. When she was twenty she stopped ageing. Tried to understand the timelines she has lived through. She has now gets flashes from the past.

Personality: Amy is fun and yet shy and quiet. She is always vidulent of her surroundings. She tends to be suspicious of others.

Pets: out lived them all

Mod
I was getting a link cos I'm on my phone

Name: Phoenix 'Pj' Jackson
Codename: Thanatos
Age: 22
Grade: N/A
Powers and abilities:
*Wings- Black feathered wings that take alot of energy out of him to grow rapidly. Very messy.
* 'Death' touch- He can knock people unconscious with a touch and sometimes put them in a death like state. Not quite death touch but he likes to exaggerate.
* More of a talent is being really skilled in flexibility and such.
*A tiny bit stronger than normal humans.
* Vampire-like qualities.
Appearance:
http://www.fanpop.com/clubs/diary-of-...
http://i1.ytimg.com/vi/P4AeQ6N25ys/hq...
http://st-im.kinopoisk.ru/im/kadr/1/9...

Skin Colour: Pale-medium, except when mad he turns angry or whatever then he is very pale.
Eyes: Dark Brown/Black Irises
Body Type: Tall, lanky, wiry.
Gender: Male
History: His mother died as he was born. For that he is named Phoenix. Because of this his father despises him as he blames PJ for his mothers death. His father is a multi-millionaire thanks to his electronic device store 'Grape'. Essentially his dad shoved money at him to keep PJ away from the house. When PJ's abnormality surfaced his dad found that it was the perfect reason to get rid of him. PJ had been beaten by his father his whole life and then when he was finally kicked out he had nothing. He became what's known as a super-villain for a while, until he was given an offer. He either became and avenger or he went to a prison that would contain him for the rest of his life. He choose being an avenger, of course.
Personality: Easy going,pleasant, funny and rebellious on the outside. Angry and sarcastic on the inside. He doesn't really let any one in because last time he did he was betrayed.
Relationship/crush: N/A
Sexuality: Bi-sexual.
Family: His mother died during childbirth. His father despised him for it, he blamed him for it. He got rid of Phoenix as fast as he could.
Hobbies:
*Martial Arts
*Cello
*Street fighting
Other: He has a scar running from right shoulder to left hip.
He does not have a heart beat. At all. But his blood still moves due to the things in his blood stream. These things are what causes the death touch. The swarm to the human contact and immediately seize up the blood temporarily. This confuses the brain so it goes into 'power save mode' to make sense of it all.