Powers/abilities: super strength
Weapons: usually a crowbar or some other thing she can swing at people's heads. 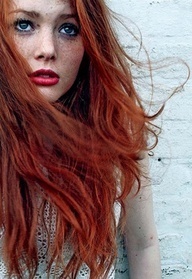 History: Jack was poisoned, but instead of killing her like it should, Jack gained superpowers. Out of one chance in a million that vial of poison was defective and instead of killing her, it mutated her DNA into something stronger. She was a target because her dad was a big time assassin for S.H.I.E.L.D. Now they can deny it all they want, but they always have resorted to inhuman ways of getting the job done. And Jack knows that best.

Family: Her dad who is currently missing

Personality: Jack is a sarcastic little sassy bitch, but she never means any harm. She just wasn't raised with manners and was never taught how to be a people person. So somehow, the meaner she is to you, the more she tends to like you.

Sexuality: bisexual, she doesn't understand what gender has to do with love.
Relationship/crush: Anyone? <3

Other: she has a cat from her friend Zantana to keep her company.

■ Breathe underwater: She is capable of surviving the aquatic atmosphere under the sea. She can accomplish this without the presence of visible gills.

■ Temperature resilience: Resistant to low temperatures and the effects of freezing, although notably hindered by high temperatures.

■ Durability: Dense flesh, although not invulnerable.

■ Hydrokinesis: Tula has the ability to manipulate water.

■ Electricity generation: Tula can generate electricity and project it from her hands. 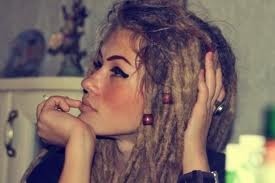 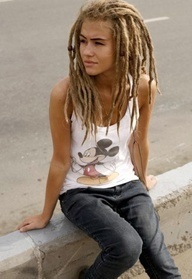 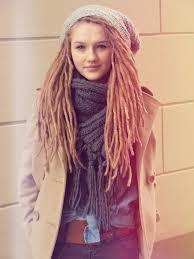 Taking after her father, she has blonde hair, but taking after her mother, she has aquamarine eyes. She wears a skintight, light yellow tank-top that bears her midriff, with aquamarine hemming in a pattern resembling a low neckline and around the edges. Around her waist she wears a short sarong-like cloth fastened with a ring with the end of the cloth hanging to her front. On her forearms are light yellow, short, fingerless, formal gloves while on her ankles and feet she wears what resemble light yellow yoga socks. She also wears an aquamarine choker around her neck.

History: When Tula was born she had three weeks with her mother before she left them. Living with her father and older brother they lived by the beach. At the age of 10, her father left them to go back to work as a S.H.I.E.L.D agent. So her older brother raised her. Surfing everyday, she gained the dreadlocks, one day there were no waves and her brother created them. She asked how he did that, and he told her all about who she really is and taught her to use the powers.
While surfing one day a lady in the water approached her telling her that her father had just died, she was Tula's mother.
A black car came one day and took Tula to the school, her brother Kunah was left behind as he was an adult now.

Family: An Atlantean woman named Avera and a S.H.E.I.L.D agent who died in a mission a few months ago
Kunah - Brother (22)

Personality: Large smiles and a loud laugh that echoes around the room, is how everyone would explain her.
Although she is truly nice and sweet, she will try smile and laugh at most things that would usually be found funny and try crack jokes. She is very laind back and enjoys a cool down in water.
Tula is a bad but good girl, she has a reputation but doesn’t let that bring her down. She is confident and proud. Her sweet personality can be transformed if you say anything rude or mean about her, her family or friends she will blow up in your face. Sometimes in other languages.

Weapons: Guns. Guns. Guns. Anything she can find around her as well. Her main skill with weapons is guns, followed by daggers and archery. She is also highly trained in hand to hand combat and using her looks to her advantage - charming people/seducing people. Some could say she has super soldier blood in her. 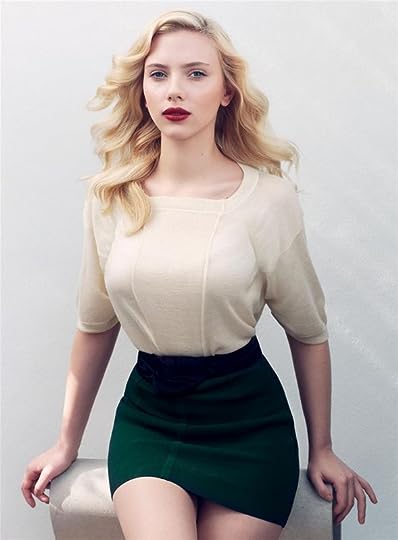 History: That's classified. All that is known by the 'public' is that she works for SHIELD.
What is known to Fury is that she was raised in secret by her parents, who are/were (he isn't sure) SHIELD agents. She was raised by mainly her mother, who he suspects to be a certain field agent/avenger. She also looks like someone familiar...
What is better known is she is a field agent and it good at her job. She prefers to do the missions in Russia for some unknown reason and likes to watch a good circus, like the Moscow circus.

Personality: Annie won't tell you things. For a reason. She is bold and daring, challenging authority with a simple blink. She doesn't act like this with three people, messing around playfully with one, following orders strictly from another (Fury) and respecting the final one deeply. She is a well trained agent and doesn't give out any secrets. If you get her to loosen up, she is fun to be around, but will still hold things from you. If she wants something, she will get it at any cost. If looking for something or someone, she will hunt them down - hence her Hero Name of Huntsman.

Sexuality: Straight but will pretend to be bi for work
Relationship/crush: Open

Other: Favourite sayings of hers:

Hipster type person - 'Who's your daddy?
Annie - 'Not you'

Powers/abilities(if applicable): get people telling the truth
Weapons: tone of voice and a gun 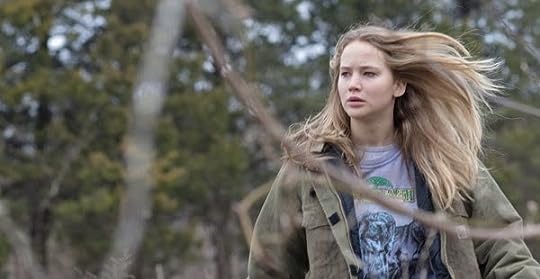 History: family always told her lies. Then when she was 10 she she was angry and asked for the truth and they told her what she needed to know. she wandered the streets a lot of her life. parents died in car accident a year after they told her the truth. confronted by S.H.I.E.L.D mot long after the death of her parents.

Personality: truthful, short tempered, kind, fun and she has an identifyic memory-she never forgets anything

btw, more places are being made 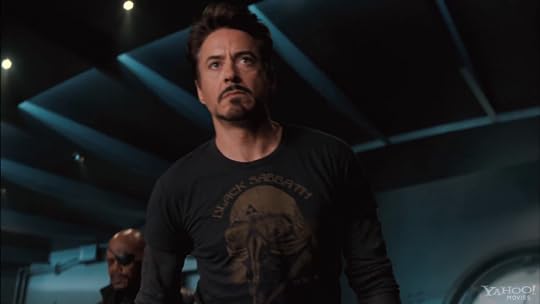 History: his dads tony stark, spent life creating, offered a place at the school. he was shot at several times. tried to be a normal kid.

Personality: like his dad but more about everyone else then himself. he is kind, caring, listens. fun, yet serious, leader like

I need to think

just describe tony's personality if you want and then describe his childhood.

Powers/Abilities: Like her mother, she can create vibrations in the air and ground, also through objects, which can imitate the effects of an earth quake. She is very strong and skilled in hand to hand combat (for a 17 year old).

Weapons: She loves guns and anything pointy and loves to disorientate her opponent using vibrations in the air.

Personality: She is usually very friendly and cheerful. She loves fooling around and joking, but it's just to cover up the fact that she is desperate to prove to her mother that she is worthy to become a S.H.I.E.L.D. agent. 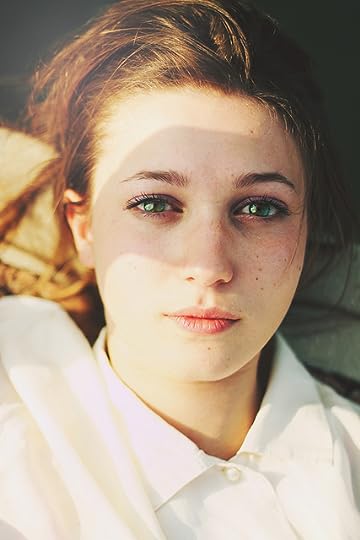 History: She was pretty much raised by her nanny. Her father died when she was very young and she rarely saw her mother, being a Level 10 clearance agent. She took many combat lessons and she aspires to be as important as her mother.

Sexuality: Straight.
Relationship/crush: None and not interested at the moment.

History:born with his powers terroists killed his family when they were vacationing in egypt has no family at all trained by mercinaries longs for someone to share his life with. he was brought to the school by a agent working with the mercenary group he blonged to.

Personality: loves sports can be cold when on a mission but when not very friendly to everyone around him when people get on his bad side he holds grudges for a very long time very romantic wants to find a girlfriend since he has no family.
Sexuality:stright
Relationship/crush:none yet

Appearance: http://i276.photobucket.com/albums/kk...
Often gets mistaken for a boy

History: When Rylee was born her parents wanted a boy as they already had one daughter, they decided to call her Rylee. Her parents where former S.H.I.E.L.D agents/assassins and so was her sister. Unfortunately when her older sister, Lacy, was about to get married there was an attack on the family, the only survivor was Rylee, as she was at school. This happened two years ago.

Personality: Rylee is a tomboy, her parents where always treating as a boy and that’s how she acts. She’s suspicious of everyone apart from a few close friends. She’s independent and strong willed. She’s stubborn, if she wants something, she makes sure she gets it. Has been trained in all types of martial arts all over the world

That makes a bit more sense :)
He was accepted