Backstory:her father was the king of a different kingdom,he kept her daughter locked up in her room.He one day left the castle,Carrie then snuck out her window and ran away.She stays hidden away in trees.Gaurds every now and then look for her up in the trees.Its been five years since she ran away.She sometimes visit a frog she talks to.Most of the time she stays hidden

Weakness: to be found by Gaurds

Sexuality: she is looking for a guy to sweep her off of her feet

Other: she likes guys who suddenly admit to her in love or if a guy like suddenly kisses her

Personality: Quest...isn't a normal girl. No, not like where she's half-demon, half-angel, but where you mention a mall to her, she'll blow every single one up. She is strong willed and stubborn. She does what she wants, when she wants. She does show fear from time to time, but usually only little. She masks her emotions well, and has this way where she'll look at you and know what you're thinking. She isn't one for second choices and loves climbing. She does have this issue where her Dad, uh, 'experimented' on her...so she'll go full demon from time to time. When she does that...might want to stay out of her way or lock her up.

Oh. And if you get her mad, she'll blow stuff up or set stuff on fire. 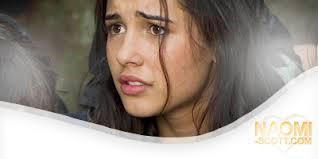 Backstory: When she was young she was treated cruelly by her parents. They said she was an experiment and she wasn't meant to be happy, that she was supposed to do what they say. She got sick of getting whipped, so she killed her parents during the night. She left the following morning and never looked back. That was all when she was eight. Now, it's been eleven years and never once has she regretted killing her parents. With the war going on, she doesn't care whose side she's on. Thrift avoids people, who tend who annoy her. But now with the war, she's been seeing them more often. No ones has ever gotten close enough to her to know her past.

Sexuality: Straight, but honestly doesn't think that she'll ever get a boyfriend. Why would she even need one?
Relationship Status: Single.
Other: Because Thrift is half angel and half demon, she's...Unique. She doesn't have angel wings, but she can fly. She has the power of disapparition, but doesn't use it. Powers also include telekinesis and methods of torture.

Personality: Ashe has two sides of himself. One side is a sadistic, well oiled, killing machine. He manifests in his blood lust, addicted to the sensation of the death. The gaze of a predator, and a smile of an insane murder haunt the minds of his victims. This side of Ash comes out on the battle field, or when great chaos is about. He joins battles for fun, and when he tends to rip apart more White Knights, he will attack Guildenstars as well. The other side if Ash can be called just as sadistic, but in a different way. This is his usual presence around the area. His language is deals, contracts, exchanges, whatever you want to call them. He finds pleasure in playing with other, mostly in their minds, and messing with other's lives. Ash will show up in random situations, offering a temptation to a person, the striking up a deal, where each company is satisfied. This has gotten him the name, "The Devil's Dealer". But don't be too suspicious, because this demon NEVER breaks his promises. 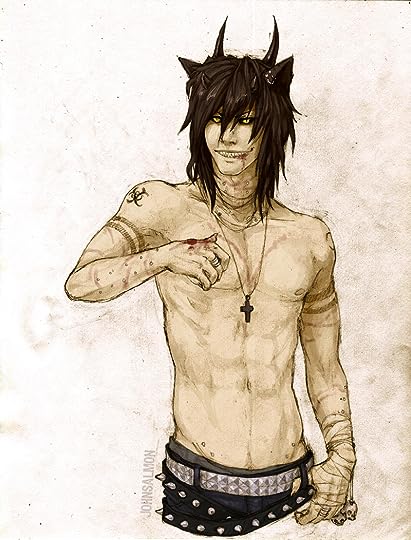 Backstory: Ash is a descendant of Caine, who was the first murderer. It's said he was born right in hell, released into the human world to reek havoc. Once when making a deal with a maiden, what he thought was impossible happened. He fell in love. Unfortunately for him, this girl turned on him, as part of a plan by the White Knights to kill the demon. Angry, the darker side of Ash came out, and he killed her, and the ones behind the plot. This may be part of the reason that he tends to sometimes side with Guildenstars.

Weakness: His deals if used right, can be used against him. Also when he's not thinking straight, he makes rash decisions.


Family: None, but you could say the devil.

Other: His weapon of choice to go with his powers, The Grim Reaper 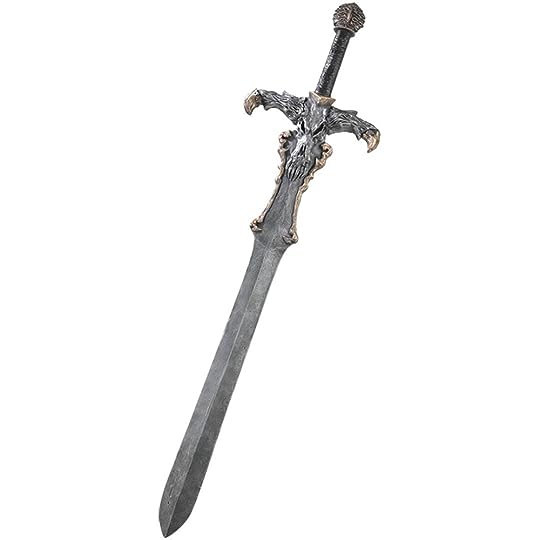 Personality: The ultimate evil being. Cares nothing about anyone but himself. 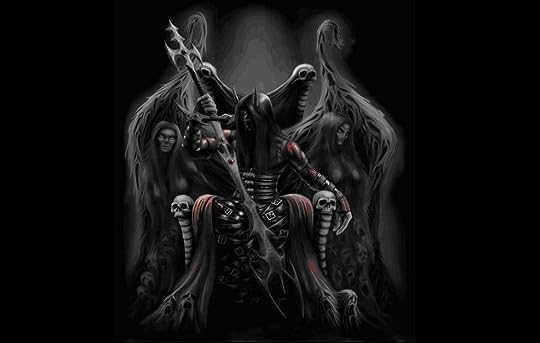 Distinguished Markings (If any): Horns

Backstory: At one time, a trusted advisor of God. He was cast out, and made his own realm

Strengths: Evil, control of the underworld. Demon abilities to an upper extreme.

Personality: Kishan due to his Zombie side is layed back and really calm and not hyperactive.He has a stonge belief though about stuff like killing and his opinions are worth a lot to him.He is also not a talker and can be cold and heartless to his friends.most of the time he seems emotionless.He is not very bright and quite dumb Surprisingly. 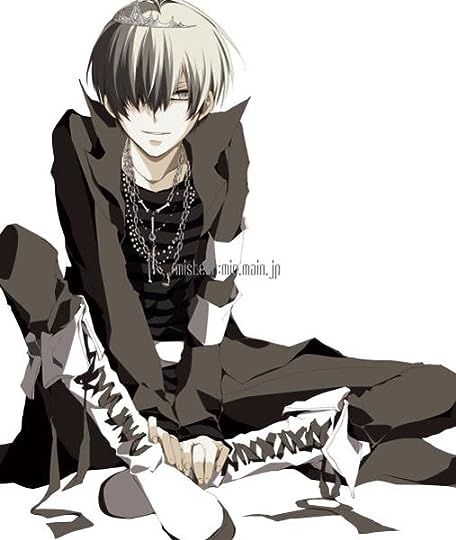 Backstory:Ishan used to be an angel of god.Serving the lords Laws and helping people out.Unlike other angels though he was troublesome and most wanted him gone.As punishment God sent him to earth as a yonge 13 year old boy and a Zombie!The zombie part though came by acsedent and now he can no longer age or go back to heaven.

Weakness Blood : He may not be a vampire but blood just makes him qwezy and reminds him that hes dead.

Needles : We all hate shot's don't we?So why cant he?

Sun : Being a Zombie , to much sun can and will dry you out now that hes dead and moister is harder to keep in.

Holy Water : Not being a full angel anymore, he is prone to get burned from Holy Water making angels and exorcists think hes a demon.

Vinegar : It burns his skin and takes all the moister out of it, more effective then the sun for an odd reason.

Other:Akito is a clever mix of demon and Angel,the creation of both god and Satan what could be better then a Zombie.
He likes to he known as a price . the price in which you pay for doing what you know is wrong.
Also as in the picture he has those tall boots right?well he puts weights in them to keep his rotting wings from grabbing a draft of wind and pulling him up with it.