Personality: Ablystel is curious of everything. She likes the idea of adventure, but has never been able to leave. She wants to go places, see things, experience. She's also very shy and obedient. She is envious of those who can stand up for themselves and wished she had the guts to stand up. 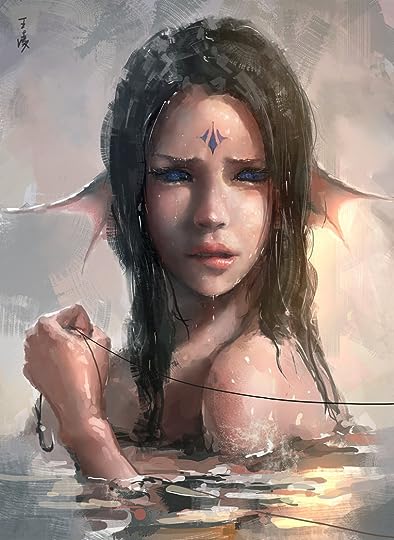 Backstory: Ablystel awoke on land with no one in sight and no memory of who she was. She searched around and could only remember one thing, Ablystel means Rose. So of course she used that as her name. Eventually she found work at the castle as a serving maid where she works now.

Other:
-She's a serving maid at the castle
-She can't remember her past
-She's a merrow. A subspecies of merfolk that is more closely related to fish than humans.

First Name: Minime
Last Name: Hakonish
Age: 14
Gender: Female
Species: Mermaid
Personality: She is a very nice girl to the elderly. She tends to stay hidden away though. She acts like a White Night village peasant so she can collect information on humans. Unlike most, she is a nasty girl to young ones. They are all scarred of her.
Appearance:
http://images6.fanpop.com/image/photo...
Hair: Orange
Eyes: Orange
Weight: 126 lbs
Height: 4'11"
Distinguished Markings: As seen in picture
Backstory: She has always been naturally small. When she was little, she was bullied because of this. She ran away from home with a merman whom she liked. One day, he tried to attack her. Ever since, she hated little children for they are blind like she was.
Weakness: Mermen, riddles
Strengths: persuading, socializing (not with young ones)
Family: None
Sexuality: Straight
Relationship Status: Single and looking
Other: She's a merrow, she can turn into a human at any time, she is undercover

Personality: She is independent, shy at times, rebellious and doesn't like to take orders from others. She stands up for herself, doesn't care, what others think of her and is big flirt. 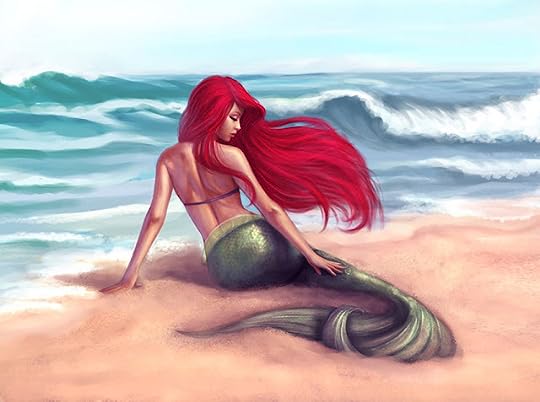 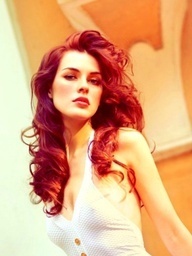 Backstory: Her mother kept her from the truth of being a siren, since she was one too. She kept her on land and didn't allow her near water. She hated this, so one day, her mom went to sleep. She went down to the water, since they lived in a house near the water, which is kinda stupid. Anyway, she went in the water and she shifted into a mermaid. First, it freaked her out, but then she was happy. Then she came back on land. She shifted back to a human and dried herself off, but her mother found out. So, now shes trying to learn everything about mermaids, mermen and sirens. She and her mother left to the castle, she became a one of their servants.

Weakness-
* Her confidence
* Her rebelliousness

Relationship Status: None yet..