The Queens of Color RP discussion

Name: Myles Xanders
Age: 17
Gender: Male
Personality: Myles is a happy go lucky kind of person. He doesn't like to plan ahead, he just likes to touch and go. He is incredibly brave, or he just is to oblivious to see the danger in things. He has a good sense of humour, and does't mind a drink from time to time. Rarely is he ever serious, but if he is then something bad is about to happen, because he is only serious in life and death situations. He loves nature, and that is where you will find him most of the time, in the woods or somewhere open and quiet. He never forgets a name or a face and can't hold a grudge for long before he forgives the person, he has trouble staying mad at people because he believes in second chances. He is skilled with a dagger, he is self taught and often steals from the rich, never anyone that looks low on funds. He is always up for a conversation and loves to socialize with just about anyone, he isn't ever on anyones team.
Appearance: 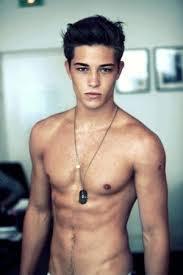 Myles is tall, standing at 6'5. He has an extremely muscular build, but is still lean and skinny from running and jumping. His hair, which is a chestnut brown, almost black, is kept short and spiked to make sure that it stays out of his eyes. His eyes are a beautiful grey with flecks of blue in them. He stands overly straight, like a soldier but always wears a smile with it.
Likes:
-Talking
-Tricks
-Adrenaline rushes
-Jokes
-Alcohol (He has a drink from time to time)
-Illusions
-Laughing or any kind of jokes.
Dislikes:
-Overly critical people
-People that stop him from doing what he wants
-Broken bones or injuries
-Science
-Crowded places such as cities and towns
-Overly serious people
Other: He is a thief and magician.

The Queens of Color RP