One on Ones discussion

Anything really.... just a warning I'm kind of bad at roleplaying guys, sorry.

Okay...Then I'll play the guy! I'm pretty good....Been doing it for a while. :) I'm kinda a hopeless romance, so can we do like romance?

Sure! Romance is awesome! I have strange ideas about what is and what is not romantic I guess... but YEAH!

Cool! I'll make my charrie. Will it be in a college setting? I guess so! We will just go with the flow!

I'm totally fine with that :D 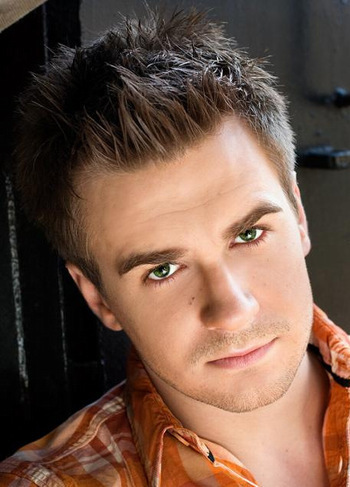 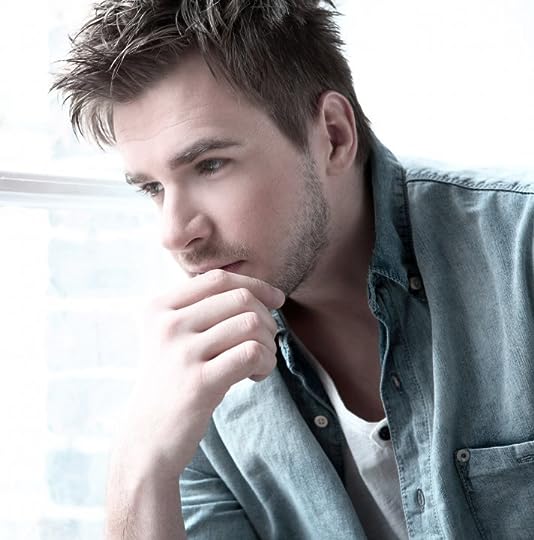 Personality: Jackson is a pretty funny and friendly guy. Always has. People like to call him 'Cheeky Jack' cause hes so cheeky! Jack is usually nice and helpful to anybody he meets. But there are those people he doesn't like so much. Jack likes to be hyper and humorous. Hes always blurting something out random, or embarrassing himself or someone else. Jack is pretty popular at his college, having a bunch of friends. Jack is a pretty big troublemaker, hes loves to get into trouble, not the kind of trouble that causes fights though. Jack is a big soccer fan, he a super good soccer player also.


Background History: Jackson was simply born in London, England. He lived in a happy normal family with a mum and dad, and a twin brother. He lived a decent and pretty well life in England. Then his parents began to fight and argue over the stupidest things. Soon enough, his parents divorced. Sadly, Jack stayed with his mother as his twin brother, Finn, was taken with his father. So, Jack continued to life with his mum in London. Then, Jackson was successful to start college, in America though. Jackson went to college in America, making him and his mum move there.

Awesome! Heck he's talllll though.... 6'11"? Also before I make mine, where do they go to college or uni, and is it okay if my charrie is not from America either? I know how their education system works but I'm not very good at discerning the US's culture...

Cool thanks. Sorry for all the questions... post my charrie in a sec.

Personality: Lily's a little bit introverted, but does have a wild and less conservative side, occasionally enjoying pranks (she's never gotten caught before). She's a bit of a mystery even to her close friends; there's something about her that, even though she isn't hiding anything, makes her seem like she is, but not in a scary or creepy way. Lily doesn't lose her temper easily, but when she does she goes a bit over the top. Having been brought up strictly, she often can't decide whether or not to follow her heart and be free or to stick to the values that she's never quite believed in. Lily's been playing violin since the age of three and in eighth grade she started playing tennis and soccer as well.

Background: Lily was born in Auckland of half Maori, half Caucasian descent. Her parents brought her up on the stricter side, which she never rebelled against but didn't wholly embrace either. Her father died in a car accident when she was twelve. When she was fourteen, she was diagnosed with appendiceal cancer. Although after removing her appendix she became NEC (no evidence of cancer), her mother was very shaken up by it and decided to remarry. Lily's mother had a second child through this marriage, Lily's younger sister Colette. Eager to escape her family and relieve them of their burden, when Lily was accepted into a university overseas she left, leaving her family in New Zealand.


((Sorry I took so long. These are really detailed!))

Either is fine. And what college do they go to?

By the way, you may notice that I get OVER - carried away.

Harvard is okay I guess. I'm more of a Yalie, but Harvard is cool. :D

We can do Yalie.

So could you start?

Jackson walks brigskly down his car, putting his keys in his pocket. He pulls on a big grin as his new college is right in front of him. The car makes abeeping noise, telling him it is locked. A guy waved .at him and said, "Are you Jackson?"
"The one and only!" He settles his stuff on the concrete floor, extending his hand. "Are you my roommate?"
"Yes! I am! The name is James." James grabs his stuff and heads off.

Lily dragged her suitcases up the stairs and down the hallway, thankful that the stairs were carpeted and the shiny paint coating her luggage wouldn't be damaged. She reached her room and, after some confusion with the keys, opened the door and walked into the room. Seeing as she was the first girl there, Lily chose the bed closest to the window, and started to neatly fold her clothes and place them in the closet and drawers. She wondered when her roommate, apparently a girl named Chloe, would come.

Jackson looks at James, shocked that he would take his stuff. "You didn't have to do that!" He shouted, trying to follow James at a quick pace. He wasn't successful, and they were already at the room/
"Pick a spot!" James said, setting the luggage down.
Jackson chose the one next to the window and sat on the bed. "Thanks man."
"No problem."

After waiting for a while, Chloe hadn't yet come, so Lily wrote a note and left it on the door as she walked out, glancing at the throngs of people walking in and out of rooms, dragging their luggage with them.