Mod
Settings will be up in a few hours

Mod
A setting's up

Appearance( A pic or link. Description has to be at least 4-6 sentences): He has very shocking emerald eyes, wide and round. He’s about 6’0 and lean, not a shred of fat on him. He has shaggy blond hair and a few freckles on his nose. His ears are slightly pointed and his teeth are bright as pearls. His skin is the colour of toffee.
Style (Describe their clothes): Though he is royalty, he doesn’t like to be elaborate in his appearance. He keeps it simple yet elegant- brown pants and shorts, often worn with a simple t-shirt or poncho. He sometimes wears his crown, but prefers not to wear it.

Personality (At least 4-6 sentences): Aneo is a very kind kid- he doesn’t like to cause a fuss. With his parents, he is very obedient, even if he disagrees. Soft spoken and thoughtful, he is often mislabeled as a pushover. But when push comes to shove- especially if it involves his family or kingdom- he can quite the challenge.
Likes: Wandering about his kingdom and visiting the forest. He is a reader and dreamer. He likes to swim.
Dislikes: He’s not a fan of heights. And peaches (for some weird reason).

History (At least 4-6 sentences): Aneo is the young heir to the throne of Nympha. He’s kept mostly inside the walls of his castle and kingdom, and has yet to see the world. He didn’t step outside of the castle until he 13 and now wants to see every kingdom. He gets along (mostly) with his family, but prefers the company of those outside of the royal bloodline.

Family: His parents (and any siblings, if they come along)

Pets: He has a pet cat- a white, shorthair named Apollo.

Crush: None as of yet

Boyfriend/Girlfriend: Not as of yet.

Weapons (Optional): He keeps a sword on him at all times. A long silver blade, with a green emerald at the hilt and ivy inscribed on the blade itself.

Other: As much as he is proud to be an heir to the throne, he has secret anxieties about taking over after his parents.

Powers or Element: She has the ability to control the emotions of the weak minded

Liryta is tall for her age, at 5'8. She has toffee colored skin. She has freckles running across her nose, and lots of scratches from running through the woods at top speed. She has a birthmark on her forehead right above her amber colored eyes. She has a small nose, and a happy smile.

Style: Liryta is like her older brother, and doesn't like wearing her crown. She wears normal clothes like the other nymphs. She wears a necklace around her neck that she loves: http://www.glitteringstones.com/Image...

Personality: Liryta is daring and bold. She loves going on adventures through the woods with her friends, but will listen to her parents if they say not to do something. She makes you laugh when your down, helps you realize that what your doing is sily, but she supports your decisions, because she knows what it's like to be told every minute what your supposed to say. Liryta can be found in the woods hanging out with her friends, walking through the streets, or in the library with her nose in a book. She likes reading and coming up with little stories.

Likes: Liryta likes hanging out with her friends, and reading. But she loves daydreaming about the different kingdoms and what they would be like.

Dislikes: Liryta hates being cooped up in the castle, not being able to look around her. She dislikes the lessons on how to behave and all that.

History: Liryta grew up behind the walls of the castle. As soon as she was allowed out on her birthday, she wasn't going to let all of her new freedom go to waste. She walked all round the kingdom. Then, she went to the forest. She loved climbing trees, and seeing animals. What could have been better?

Family:
Her parents
Her brother Aneo
Any other siblings

Weapons: A bow and arrows.

Powers or Element: She can control small amounts of earth

Appearance( A pic or link. Description has to be at least 4-6 sentences):
http://4.bp.blogspot.com/-Fq0FwdXuliY...
Chiara has sea blue eyes that sparkle like sapphires. She has long dirty blonde hair that falls straight to about her chest, and pale skin. She is tall for her age.

Personality: Chiara is very shy, and sticks to the shadows. She has a heard time talking to people, especially the royal family. She does what she is told. At home, she is funny, energetic, and very adventurous.

History: Chiara grew up with a wonderful family, and twin younger brothers. When she was 12, one of her brothers grew very sick. He died a year later, a day before Chiara's birthday. Her little brother made the necklace she always wears when he was 5.

Weapons: A hunting knife for protection

Powers or Element: She can make plants grow anywhere. She can be absorbed into willow trees and be the tree, but at the same time, herself

Personality: She is gentle. She loves to flirt. She can be vain. She loves looking at all the used dresses at the store.

Dislikes: People who treat her like a slave instead of a maid

History: Her parents died when she was 10, so she started working at the castle. She was a hard worker and is one of the best maids to have, so she usually isn't treated harshly. She wanted to know the reason why her parents died. She never has believed people when they say it was a random fire.

Species/Creature: Three fourths Nymph, and the rest is human 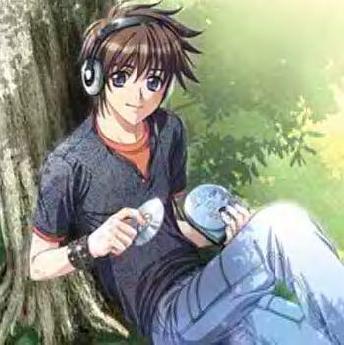 Style: Normal clothes, though they are mostly covered with dirt

Personality: Quiet, daring, intelligent, rebellious.
Felix likes to stick to the shadows, and get information before he does anything else.
Once you show he can trust you, Felix with be a daring, and hilarious kid. He'll stand on he edge of a log, and get across while trying to make it em like his falling.
Felix can be quiet smart, but likes to save that for when he really needs it. Like when he's sneaking around, or flirting with a girl.
Felix has no respect for rules, unless they get him out of sticky situations.You tell him to do something, he'll do the opposite just to piss you off.

History: Felix never really got to know his father. But his mother was caring, and described him as the perfect husband. How he could always calm Felix down, and how he would always help his daughter out as much he could. When he died, it took a toll on his mother. When Felix was nine, she sent him and his sister to live with their grandparents. He would always sneak out to check on her. When he was ten, he found her dying on her bed. She was the only thing that kept him obedient. He took off.

Owner: None, he's too free spirited for that

Family:
His father was killed in the war
His mother died of sickness
His grandparents
His big sister, who currently lives with their grandparents

Weapons: Two knives given to him by his father

Good or Evil: Can be trouble sum, and defiant, but is good.