Mod
Vulcanians have a dark, maroon red flag. A fire is in the middle, it has orange flames, yellow flames, red flames, and golden flames.

Powers or Element: Has control over fire, latent ability over electricity that might come out as the rp goes on.

Appearance( A pic or link. Description has to be at least 4-6 sentences): http://images4.fanpop.com/image/photo...

Style (Describe their clothes): http://fc03.deviantart.net/fs70/f/201... That but a less tattered shirt and the other leg black too. Most of the time. Likes wearing red and black.

Personality (At least 4-6 sentences): Regal, strong willed, loyal if you get on his good side. He's also a bit of a brat. Likes things his way. User. Likes his boy toys.

Dislikes: Swimming. Majority of girls. Not getting his way.

History (At least 4-6 sentences): He had a fiancee once. She died in a small scurmish between the royal parade and a rebel army.
He didn't like her though. Threw her in front of him when a sword was going to hit him.
But then he almost died in an attempt to save his male servant... his lover. Who died anyway.

Family: ... Need others to rp first. But I'm thinking the bastard son of the king?

Pets: A huge pure black owl, and a auburn wolf.

Crush: I'm hoping there's some slave that's gonna be up for a bit of slave/master thing?

Weapons (Optional): Twin Katana that are conductors for his flames.

Good or Evil?: Depends. He hates the rest of the royal family. They hate him. He does everything he can to destroy them. But he's rather kind to the majority of peasants... until someone takes his fancy. ._.

Other: Not much I can really say...
Oh, when he gets into a fight he rarely leaves whoever he's fighting alive. 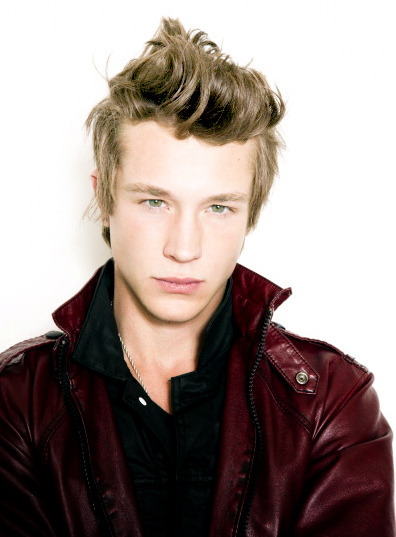 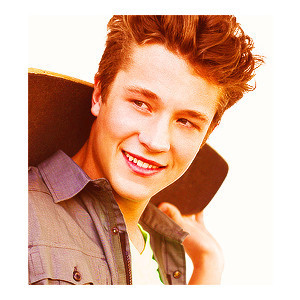 Tall with an athletic build and a smile that can melt anyone's heart, Scott has the ability to change his facial expressions to get what he wants, though he rarely gets to use it. He has pale green eyes and his brown hair always sticks up, even when wet (not that it can in Vulcania). He is tall and appears to be skinny, though he has abs (view spoiler)[[image error] (hide spoiler)] as well as large hands and feet that feel really comforting (the hands, not the feet :P)
Style:
Casually, he dresses in these clothes: (view spoiler)[ 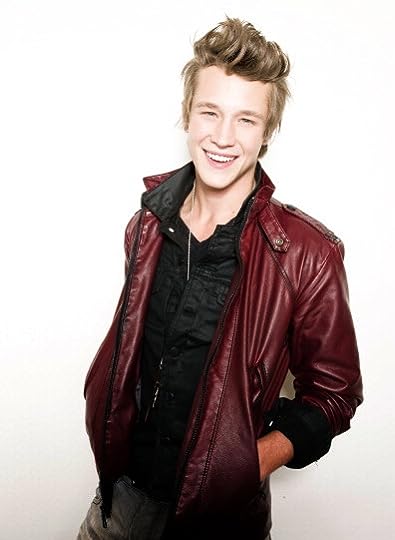 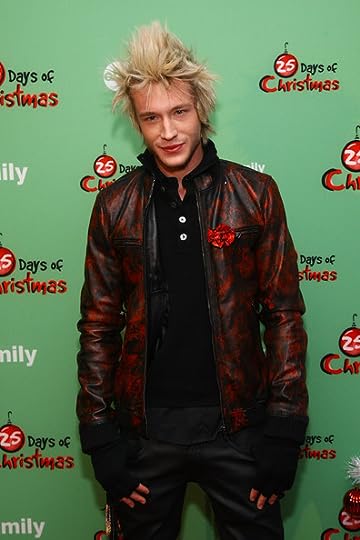 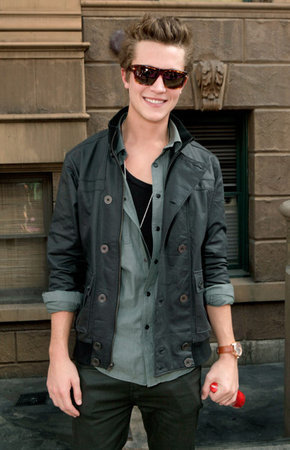 (hide spoiler)] though for work he wears something more appropriate for a servant, usually something made of cloth with the colors of the flag on.
Personality : Very much the silent type, Scott prefers to keep to himself or those he knows. His mind is often occupied with other things, so he can come across as clumsy and distracted, though he is always calm and thoughtful towards others, never liking fights or confrontations.

Dislikes: Confrontation/fights, the eruptions every hour, having to work almost 24/7, being poor

History: Scott is from a large, poor family. Since his father was injured during one of the eruptions, the responsibility fell to Scott to earn money for their family to survive. Aged 16 he found a job as a servant and has worked there ever since, though still only managing to scrape buy. He earns extra money by selling his artwork, something he rarely has time for but one of the few things he'll admit pride in.

Owner: The royal family I guess...

Sexuality: Though he has never had in interest in anyone, he believes himself to be straight, though he still is not certain

Other: He wants to find a way to leave his life of poverty behind to do what he has always wanted: have freedom to practice his powers and to focus on his artwork. 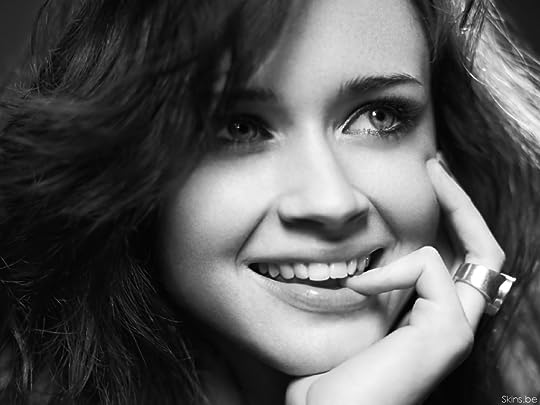 Pyran has natural black hair, matched with stunning grey eyes, though some have been known to describe them as silver, with flecks of blue. She has a slim willowy figure, with her slender long legs and tone flat stomach, though she is surprisingly curvaceous. Her skin is pale, and many have compared it to that of milk.

Style: Pyran has a tendency to wear sexually alluring clothes, she has a liking for corsets and tight revealing clothing, this is to attract the attention of men.
(view spoiler)[ 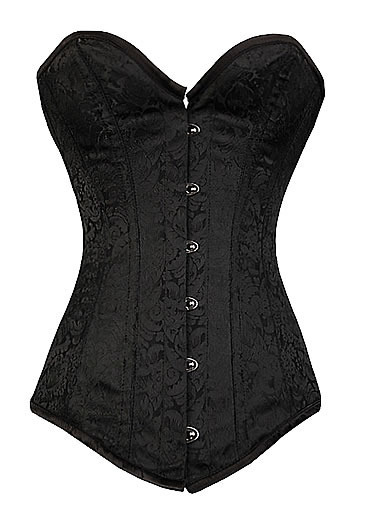 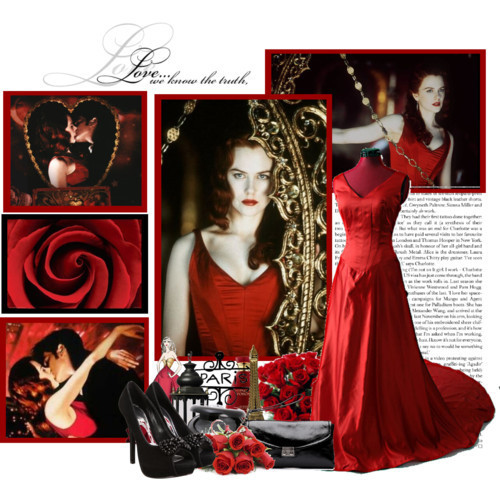 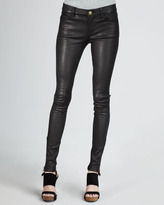 Personality: Pyran is a fierce and fiery creature, simply by looking at this beautiful beast you'll be amazed and drawn into her dark mysterious aura. Pyran is extremely seductive, but that's part of the game she plays, she's everyone's favourite little girl, to men she's their best secret friend and to women she is either hated or respected. To those she loves she is fiercely protective and would willing lay her life down on the line for them. She hates the royal family and anything to do with the rich, being the bastard daughter of a nobleman it's understandable.

Dislikes:
✖ Royalty
✖ Noblemen
✖ Rich
✖ Self-centred people
✖ When people believe they own her

History: Pyran's mother was once a maid in a rich noblemen's house, she was beautiful almost the exact double of her daughter and the nobleman, Sir Ignito liked what he saw, he raped her mother and once she discovered she was pregnant least to say she no longer had a job. Pyran's mother, Sinistra gave birth to Pyran, not too long after she became ill, what's wrong with her no one knows til this day what is wrong with her. Through out Pyran's life, she's struggled to feed herself and her mother, whilst all the time watching her father and her half siblings lead the cushy life, it simply infuriates her. 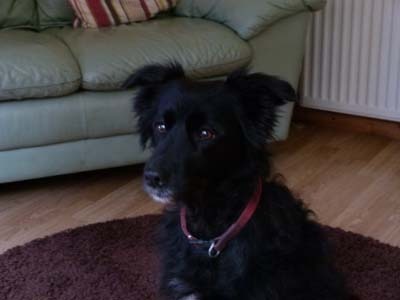 (hide spoiler)]
Crush: Pyran has no crushes, she everyone's woman if the price is right

Boyfriend/Girlfriend: She hasn't a relationship, people find it difficult due to her job.

Weapons: Duel kindjal daggers, she keeps one in a thigh sheath and one against her waist

Good or Evil?: Pyran is not necessarily good nor is she evil, she'll do whatever it takes to make sure she had her ill mother survive

Other: As a child, Pyran had dreams of joining the army.

Powers or Element: Has an affinity for fire; Can make someone feel as if they're burning by a simple look / limited telepathy

Appearance( A pic or link. Description has to be at least 4-6 sentences): Michael has dark brown hair with blond highlights, but not darker than his eyes, which are quite a few shades darker in that they're almost obsidian. He stands at 6'1" and has a crooked smile/smirk that shows off a little sharper than normal canines and perfectly straight white teeth. His complexion is slightly tanned and his build is toned, yet not quite buff.

Style (Describe their clothes): Michael generally dresses in loose shirts and tight pants. He isn't seen in anything brighter than a dark red.

Personality (At least 4-6 sentences): This guy isn't the nicest person in the world, however, he's loyal and will never break a promise. He makes snide remarks and is quite cynical, all fitting to his relaxed demeanor. But cross his path, and he's done with playing games, down to business and won't give up.

History (At least 4-6 sentences): Michael was a lonely child growing up as a peasant; He lived in poverty for a long while and during that time, he was basically left for dead until a traveler came along and taught him how to fight. He learned from this man until he was about 15. Every day, he would practice and practice and practice until he was the best he could be. Even now, he still makes it a priority to practice at least for thirty minutes per day.

Family: He prefers not to think about his real family, considering himself alone. 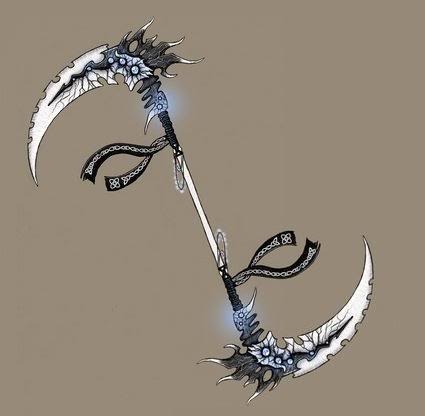 Good or Evil?: Maybe a bit of both

Other: Michael's telepathy is limited in that he can't use it for long and he has to focus hard in order to use it.

Mod
Sorry it took so long :/

Mod
Sorry... she can't be princess.

Mod
>.< Gr... Infernus and Vulcania and so alike sometimes. And I was half awake, you can be princess.

Powers or Element: Can copy and shape shift into another form, but does not gain its powers.

Rank: Depends on the rank of Timothy's host 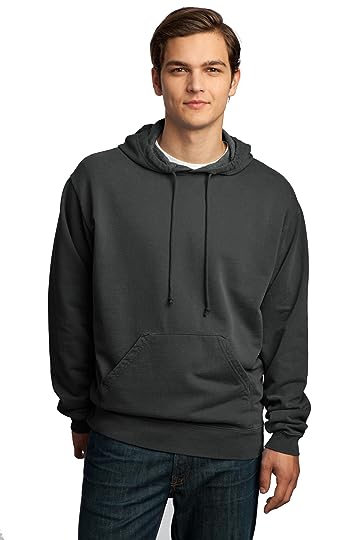 Style: His hoodie jacket changes color depending on his mood, but it is usually grey.

Personality: Timothy is more of an observer than a talker. Thus, he's a silent type, and copies almost every expression and action of his host.

History: Timothy had always been mistaken as a part of the Vulcania Kingdom because ever since he was born, his power to copy the image of his non-biological parents disguised him. When he turned 18, he had his first host: his foster dad. A few years after he was set free when his host had died, he found another host. Then so on and so forth, a century came to its present that he now lurks in the kingdom of Vulcania to find a new host.

Weapons: None. He usually uses stealth to his advantage.

Name: Crimson Redd(Crim by those closest to her)

Style (Describe their clothes): Usually simple dresses or suits (she likes to be able to move and strike quickly) All her clothes have a tiny flame on them.

Personality (At least 4-6 sentences): Crimson is a bit hotheaded, but very loyal. She loves using her abilities, and is very honest person. She is trustworthy and a true friend. She will protect you, and defend you to the ends of the earth.

Likes: Using her abilities, her family, and munching barbeque chips.

History (At least 4-6 sentences): Crimson was orphaned when she 11, and has been taking care of her younger sister since. She is a hard worker, and at first didn't know how to control her powers, but eventually practice and patience allowed her to gain control. But when she gets angry, she tends to lose control. She hates herself for accidentally harming her little sister-Ember.

Weapons (Optional): Daggers and her powers