Appearance( A pic or link. Description has to be at least 4-6 sentences): http://www.google.com/imgres?hl=en&am... long dark brown hair with dark brown eyes. Purple eyes and small nose. small rounded chin. when she smiles she has dimples.

History (At least 4-6 sentences): has lived with her parents since she was born. Has had a happy life. Her cousin got her on reading and she hasn't stopped since. She got her cat one year ago and the cat follows her everywhere.

Mod
Once you finish it, it'll look good. If you could finish before you RP that'd be really nice :)

Powers or Element: Wind, but she also feels for earth as well. 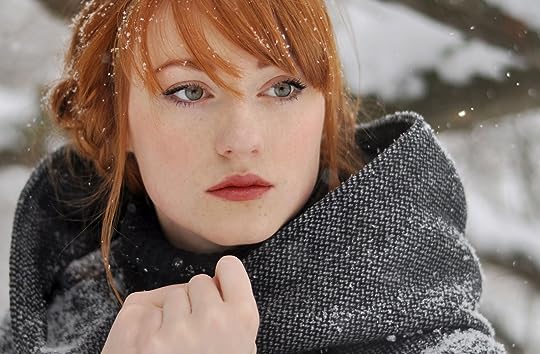 She is just slightly taller than average, standing at about 5'7. She has a muscular build, she isn't the thin type, she is more curvy, but she has tons of muscles. Her face is angular and her eyes are the brightest green that you can imagine.

Style (Describe their clothes): She dresses for comfort, not for style, She is usually wearing tight fitting clothes so she can move around easily. She is also always wearing a black, full length clock with embroidery on the bottom of it, usually with her hood up. She says that her father gave it to her, and she will always be safe as long as she wears it. She usually has the hood up on it.
(view spoiler)[ 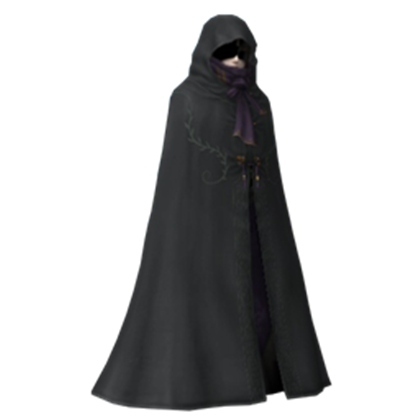 Personality (At least 4-6 sentences): She has a bit of an edge to her. She is usually very sarcastic, and refuses to sugarcoat things of make them sound better then they sound. If things are bleak, she will tell you. If there is no hope she will tell you. She has trouble holding her tongue, even in situations where she knows that it would be better to keep quiet, she won't. She has a bit of a temper, and you don't want to make her mad. She can never turn down a challenge, no matter how hard or impossible it seems, and can live off a thought alone for days. She can be unrevealing and mysterious, but if you get to know her and she likes you, she can be a noble and loyal friend.

History: Both of her parents were Elven warriors. When a battle threatened their kingdom, They dropped her and her brother off at a travellers guild to protect them, promising that they would return. Her parents were never seen again, and after a couple of years, the children were too much to handle in the guild. Her and her brother were forced to be separated at age five, and Griffin was sold into slavery. She worked strenuously on an orchard for years before finally killing her master and escaping, finding herself in a strange little town. The people there treated her nicely, but there was nothing exciting there and she didn't like being in the same place for long, she couldn't tell if it was her curiosity or her fears, but she just didn't like it so she packed up and became a lone traveller. 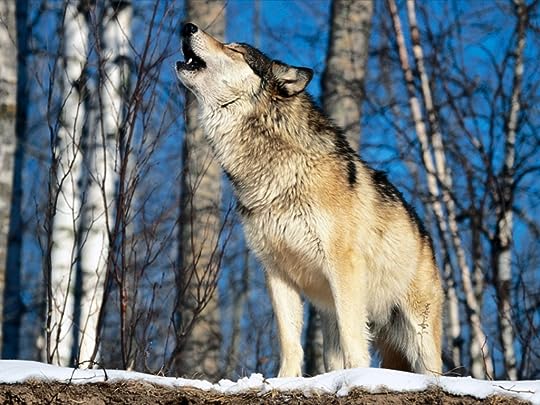 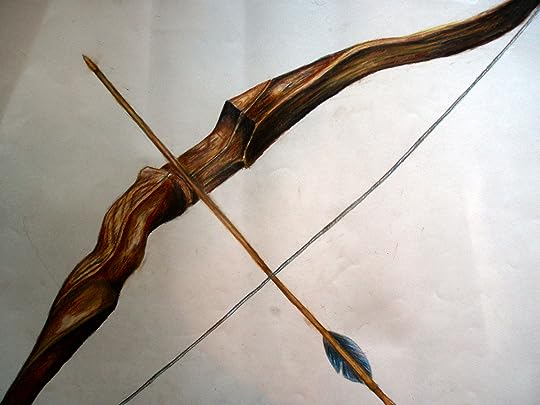 Now she is finished :) 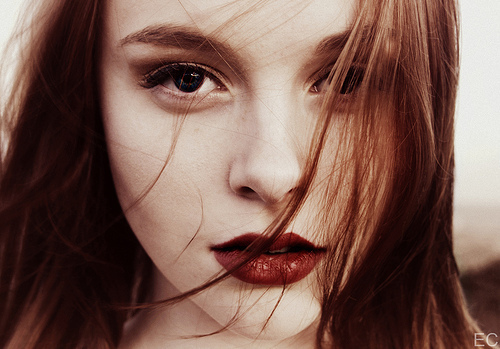 Style (Describe their clothes): She is usually wearing gowns and dresses of all sorts, but when/if she rides into battle with her country she wears the battle armour of her people and fights alongside them 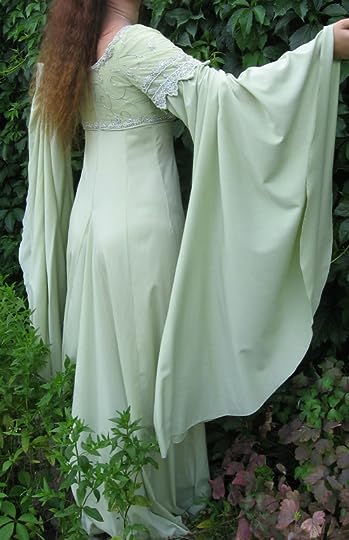 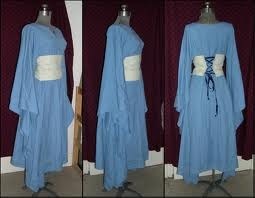 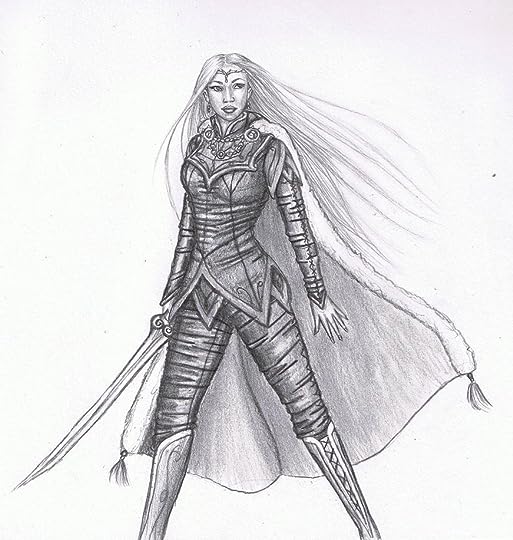 (hide spoiler)]
Personality (At least 4-6 sentences): Farrah isn't the average 'sit back and let men rule the kingdom' kind of Queen. She Is extremely independent, and intends to stay that way as long as she can. She has her own opinion on things that rarely changes no matter what people tell her, If she thinks something is wrong, than she will continue to think that way no matter what people tell her, she is impossibly hard to persuade, but if her kingdom insists that she is wrong, she will go with what her kingdom decides. She can over think things easily, she is a thinker, especially on battle strategy. She rides into battle with her kingdom, and is willing do die for it.

Likes:
-Battle
-Seeing her kingdom thrive
-Hunting
-Anything to do with earth

History (At least 4-6 sentences): She is the sister of Annabelle (If that is okay :p). She was chosen out of the seven of the princesses that could be queen, due to her ability to think fast and her cunning abilities.

Family: Annabelle (If that is okay)

Appearance( A pic or link. Description has to be at least 4-6 sentences): Bethany has dark brown hair, worn long, sometimes braided with purple ribbon. Her eyes are a sharp, clear blue-grey. She’s quite tall, pushing 5’ 10”. Beth has broad shoulders, and she’s a bit busty, not the exact picture of a delicate female elf. Her skin is pale, and she has a dusting of freckles on her cheeks. Her cheekbones are prominent and her chin is a bit pointed. Her face is very expressive, she has the sort of smile that makes you want to smile, and the sort of glare that makes you want to run.

Style (Describe their clothes): In a word, practical. Bethany likes to dress as appropriate to the situation. If she’s out in the forest, she’ll be in pants, a top, and a sturdy leather vest. In the palace, she often wears riding skirts (skirts made for horseback riding, long, but very easy to move in) with leggings underneath. She wears a lot of green, in various shades, and some white. Much of her armor is brown leather, and when dressed casually, she likes to add some lavender or royal purple.

Personality (At least 4-6 sentences): Bethany is a smart girl. She almost always knows what she wants and she’s not afraid to go for it. She likes to laugh and have fun, but as a guard, she knows when it’s time to drop the games and be serious. She has a strong sense of duty to her kingdom, and to her charge, the Princess Annabelle, who she kind of thinks of as a little sister. She’s not very good with romance though, as she is often seen as “one of the boys” and doesn’t know how to change that. She is secretly a romantic though, and hopes one day one of her male friends will notice her.

History (At least 4-6 sentences): Bethany comes from a family of Elven fighters. Generations of Swiftlights have been part of the palace guard or border patrol or hunters. It made sense for her to enter the palace guard and train. She wasn’t much good with a bow (the traditional elven weapon) and would have been hopeless if not for her affinity with air. She was however, good with a sword, better than most, actually. Her father encouraged her to join the royal guard, a more select group, and one year ago she was chosen to be Princess Annabelle’s personal guard. When not on duty she often hangs out with members of the palace guard.

Owner (Optional): She has sworn fealty to the royal family, and to protect Princess Annabelle, but she wouldn’t really say they “owned” her

Family: Mother(hunter) Father (retired member of the Palace guard) younger brother Arillion(Aril) who has just joined the palace guard as an archer (If anyone wants to play him, that’s cool)

Pets: Eleris, a falcon who she bonded with at age 12. After all the years they’ve spent together, they can communicate somewhat. Eleris sometime scouts for Bethany

Crush: She has a crush on a few members of the palace guard, but she wouldn’t know how to approach them about it

Boyfriend/Girlfriend: No one right now.

Weapons (Optional): A good sword, almost always worn in its sheath on her belt. She has a bow, and keeps a quiver of arrows, but doesn’t often use them

Appearance: http://cdn.myanimelist.net/images/clu...
Style: what she is wearing in the picture when she has a choice of what to wear and when she dosn't she wears her dress her mom made her: http://www.disneyprincesspromdresses.... or http://www.angelmarry.com/2368-3718-l... though she usually wears what she is wearing in the pic. she also never wears shoes she is also only 5'2

Other:
will finish later