Abilities: ((Must be greater than students))

Abilities:
-Can make her wings disappear and reappear.
-Create powerful illusions that no one can tell whether it's real or fake
-Immune to the powers of student angels
-Powerful healing spells
-Mind reader, can read minds well and pass messages through minds 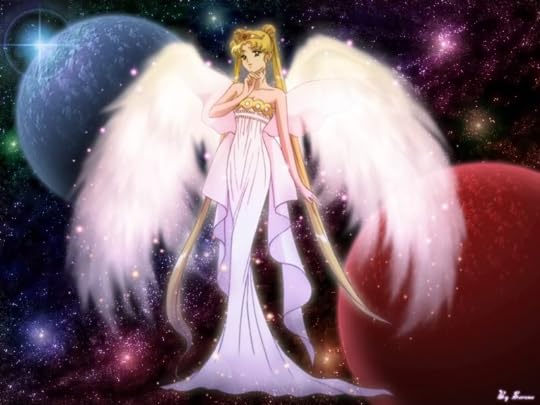 Personality: She's kind and friendly. She usually acts mature, but can be playful. She procrastinate alot, and somehow always manages to get her work done on time. She's great at settling disputes and is a bit clumsy. She also enjoys being mysterious, tho she sucks at it.

Markings: Crescent moon on her forehead.

Other: She likes being called Mistress Moon. (you'll get it if you have watched Sailor Moon)

Gender: Perfers to be male

Angelic-Wing-Sheild - Manifest wings and use them as a shield, making the feathers inpervious to any mortal, heavenly or demonic weapon

Appearance: Long black hair often tied back in a ponytail. His eyes burn red most of the time. His wings can turn from white to grey to black, feathers can fall off, revealing only bone, or burn up, or change into demon wings. 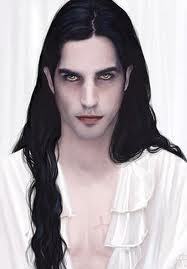 Personality: He doesnt show emotions, usualy. He dislikes all life and is depressed and a bit sadistic. 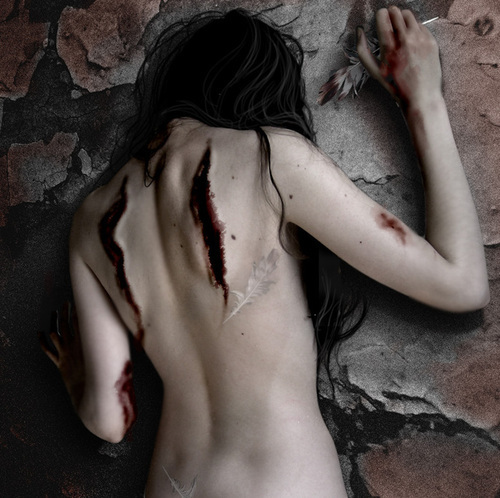 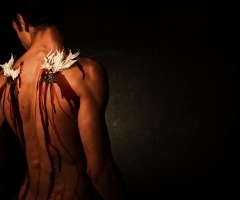 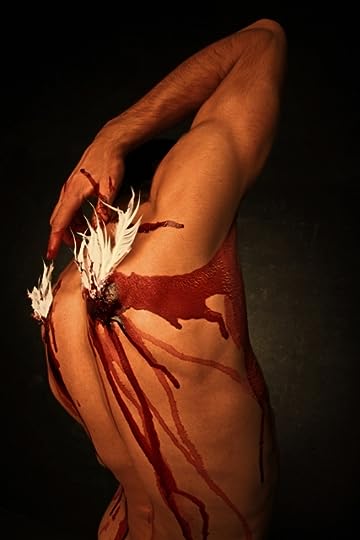 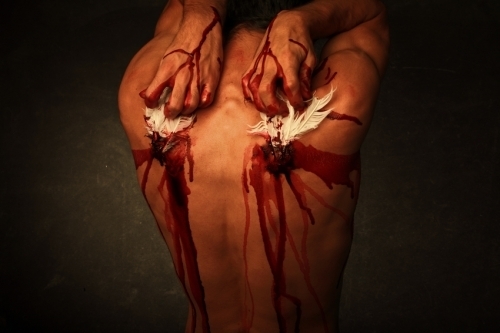 History: 'Twin' of Helel. It was once said that he came from his brother's Grace. Other's say...that angels are OFFSPRING of what some call the Original Trinity: El, Lilith, & Asherah.

Conspiracy Theory
Michael was born from El and his second bride, Asherah, and through her jealousy, Lilith, the first bride, bore twins to El, through a Lesser Lilith who she birthed herself. This Lesser died during child birth and her babes were Helel and Samael. She would go on to birt hmore Angels, along with Asherah. Over time the three fought and Lilith became the soul of the first woman, and Asherah would help animate the body of Eve. Both Brides of El were wives of Adam. Lilith was the Serpent of Eden and the First Demon, she was the Empress of Hell and Lucifer's(Helel) first Bride. Asherah would possess Mary of Nazareth and Mary Magdalene.

Eventualy Asherah would turn Demonic and El would SPLINTER and become Corrupt. Seeking a way to fix his broken self, he would flee Heaven and leave his son, Michael to rule it over.
End Conspiracy Theory

He is charged with being the one who tempted Eve, then seduced and impregnated her with Cain. Samael is Esau's guardian angel. Samael is also sometimes identified as being the angelic antagonist who wrestled with Jacob, and also the angel who held back the arm of Abraham as he was about to sacrifice his son.

Samael (Hebrew: סמאל‎) (also Sammael, Samil, and more obscurely, Malkira meaning "king of the wicked") is an important archangel in Talmudic and post-Talmudic lore, a figure who is accuser, seducer and destroyer, and has been regarded as both good and evil. It is said that he was the guardian angel of Esau and a patron of the Roman empire.

He is considered in legend a member of the heavenly host (with often grim and destructive duties), in the New Testament named Satan and the chief of the evil spirits. One of Samael's greatest roles in Jewish lore is that of the angel of death. He remains one of the Lord's servants even though he appears to want men to do evil. As a good angel, Samael resides in the seventh heaven, although he is declared to be the chief angel of the fifth heaven.

He is a Angel of Death and has a number of Demons, Reapers and Angels under his command. He is often seen as a rouge Angel, much like Castiel, or an Evil Angel, like Lucifer. He WAS an Archangel, until his 'Fall' where his wings here set ablaze and his skin tortched and flayed. His wings were then ripped off as he was thrown into a Pyramid-Prision for 1000 years.

The Seven Sons of Satan are actualy HIS sons.(view spoiler)[NOT True. Some say Lucifer is Ptah and that Demons are realy Old Gods and the Church is evil or corrupt and ANGELS are the evil ones. Whatever you believe, I just put the Seven Sons as Samael's cus I felt like it and some see them(Samael and Lucifer) as the same one. (hide spoiler)]

Abilities: Her powers are that she can read minds, she is able to hide her wings when she goes to earth. Other than that, her powers are still coming.

Position: Headmistress's daughter, but was put as janitor for not being an good angel.

Mod
Is is okay if the headmistress has a daughter, but is in the staff.

Mod
VQ- I am the black rose of DEATH! wrote: "Is is okay if the headmistress has a daughter, but is in the staff."