I've recently rebranded/recovered the first four books plus the omnibus edition of my internationally bestselling urban fantasy series, the Templar Chronicles, and thought I'd share an image of the new artwork... 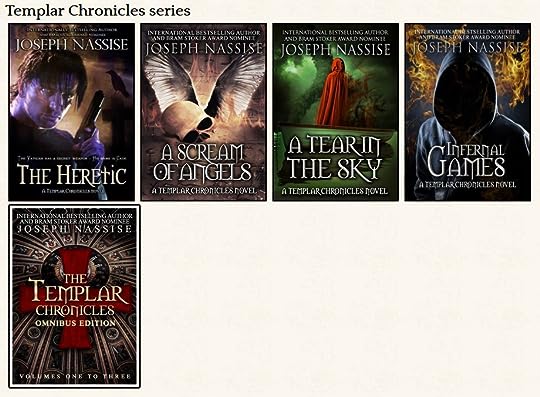 Love the art it paints a picture of the tittles just as it should do. I'm more of a tittle person a catchy tittle will get me every time, I love your tittles and I am putting them on my amazon wish list. So many books so little time. A Scream of Angels really caught my minds eye.

A group of angels is called...a scream. Hence, A Scream of Angels. (Of the twenty books I've written in the last decade, that's perhaps my favorite title.)

was looking for a different UF author to try after Devon Monk.