You will post your characters here if any of them live in this tribe. They do not have to be related.

Most of the people who are native to the Stone Lands have more tan skin and darker hair that can be either curly or straight. They are built for running and other agile work. Those who are not native and have moved to the Stone lands dont have a criteria for what they look like (unless they are part of a House)

Mod
Name: Saskia Vantha
Age: 17
Gender: Female
Family: Her mother and father is the Chief of the tribe and his wife.
Rank: The chiefs daughter, or some may call her the tribes princess.
Relationship: Her father is planning to marry her off but she is refusing. She wants to find true love (OPEN! REALLY NEED SOMEONE)
Living: Lives with her father and mother in the middle of the village in the main building.
Species: Human 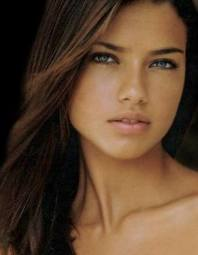 Saskia is about 5’3, which is average for her race. Her slight, slim figure makes her seem innocent and harmless, but spending her whole life in the Stone Lands has had a different approach. On her sun kissed tan skin there is a clean scar across her high cheekbone due to an accident as a kid, other than that her face in flawless. Her soft, square jaw and small nose also gives off the appearance of a harmless beauty, but she is far from it. Weighing 120 pounds, she is strong when it comes to the cold and she learned it from trapping, horseback riding, hunting and just being out in the Stone Lands. Dark brown hair flows in thick waves to her mid back, but no one would see that very often because she always has it in a fishtail braid down her shoulder. There is always one hair that can never fit in her braid; it falls from the part in her hair in a cute wave framing her face. That one piece of hair seems to always have light shining in it. Her eyes are a deep green.

Personality
Stubborn, adventurous and brave, Saskia is a girl who likes to do her own thing. Annoying to most people, Saskia tends to do the opposite of what people tell her just to prove them wrong. Of course she knows when enough is enough but sometimes she needs to go too far. For people she respects or toward her elders, she is a respectful girl. Liking to spend most of her time outside, she doesn’t act like a girl and it is hard to when required. Like most of the Vantha, she enjoys storytelling and her voice is mesmerizing, that is one of her talents.

History
As a child, Saskia was always surrounded by loving family, but even then she was always outside. She never became close to her family because she was constantly trying to get outside to be with her favourite animal. At the age of 5, while Saskia had snuck away from her mother to watch the lights in the sky from a closer view, she had run into a leopard. As soon as their eyes met they were connected. From then on Saskia seemed to want to spend more time outside with her animal then being inside. Until she was about 7, her mother hadn’t let her out for a long period of time without supervision. After that she found ways to get around her chores and to be out in the vast Deseret lands. Of course, she goes out hunting everyday and helps with the farms even once in a while with the learning centers, but she couldn’t help denying that she needed to be outside.

Saskia’s voice was very mesmerizing. Her favorite pastime was creating stories and legends and then telling them to her special animal, who was surprisingly a very good listener. She retold stories that she had heard from the elders and also creative a lot of her own.
As she got older, she kept hearing things from her mother about marriage. From the first moment Saskia had denied it. She never wanted to get married because that meant she would have to have kids, and if that happened she wouldn’t be able to go outside as much. Not to mention she would have to leave her village which she loved so much. Her parents on the other hand think it is very necessary to be married. Saskia might have felt differently if her parents had taken her opinion into account, but that didn’t happen so of course her stubbornness took hold. She had heard many legends from the elders about love and quite frankly, it didn’t seem that bad to Saskia. But she wouldn’t marry unless she felt that ‘love’ that the elders were talking about. But who if that was ever going to happen?

Skills
Riding horses, Tracking, Trapping, and Wilderness Survival, Hunting, Storytelling, also a variety of languages from other villages and a little bit of the main tongue of Maneara.

Other
Just to clarify on the whole animal thing: It is very rare but it sometimes happens where a human will connect on a deep level with a certain animal. Saskia's happened to be a leopard, rare to the Stone lands because of the lack of vegetation. There is no perks or powers that this gives Saskia, she just feels connected to this animal.