I was asked to review this book on my blog and was given ARC for this purpose and one to giveway.
Go to my blog and follow and leave a comment for a chance to win a copy
http://mysteryreadingnook.blogspot.com/

come over to my blog and comment for a chance to win a copy.
http://mysteryreadingnook.blogspot.com/
I would highly recommend this book to the mystery buffs and cozy mystery fans that want a good read with a good plot, murder, romance, friendship and throws in the unique Amish Community, what more could you want.

Deb, there's an Amish fiction reader's group. You should post this on there too. I also got an ARC copy to review. This is a good book.

The Winner of the book giveaway of

A Plain Scandal by Amanda Flower on my blog http://mysteryreadingnook.blogspot.com is Cindi A. Congratulations Cindi. To the others that entered there will be other giveaways so keep following.

A $5 Amazon Gift Card Giveaway
ends 4/1
I am being interviewed at a friend's site and offering up the gift card:
http://www.lisambuske.com/1/post/2013...

Thanks I will go look.

Deb wrote: "Thanks I will go look."

The Sacred Search: What If It’s Not about Who You Marry, But Why? by Gary Thomas TWO BOOK GIVEAWAY!
ends 4/10
http://dianeestrella.com/the-sacred-s...

Where’s Heidi? One Sister’s Journey by Lisa M. Buske & BOOK GIVEAWAY!
ends 4/17
In 1994, my only sister was abducted while working alone at a local convenience store. The book opens with an early morning phone call then details the emotions, grief, and confusion felt in those first moments while transitioning through the days, months, and years to follow.....
http://dianeestrella.com/wheres-heidi...

This book is in the tradition of C.S. Lewis’s The Screwtape Letters.

As working women struggle to find mentors in today’s society, Working Women of the Bible asks, what if the women of Scripture are the very mentors we’ve been looking for?

Home Run, a novelization for the upcoming motion picture Home Run the movie, comes out in theaters April 19th 2013.

Baseball star Cory Brand knows how to win. But off the field, he’s spiraling out of control. Haunted by old wounds and regrets, his future seems as hopeless as his past.

The One Success Habit You Can’t Do Without by Dr. Fred R. Lybrand BOOK GIVEAWAY
ends 4/30
http://dianeestrella.com/the-one-succ...

The One Success Habit (You Can’t Do Without) is a book about the most essential ingredient required for success in this competitive and confusing world. It is more than time management and more than habits. Dr. Lybrand takes the reader on an adventure from defining success in a personal and useful way, to understanding the power of systems thinking, to eventually focus on the most powerful ability anyone who succeeds can cultivate as a daily habit: The ability to get done every day exactly what you mean to get done. Imagine what it could mean if you understand exactly why and how to transform what you accomplish on a day-to-day basis.

Waiting in Wonder: Growing in Faith While You’re Expecting by Catherine Claire Larson TWO BOOK GIVEAWAY!
ends 5/1
http://dianeestrella.com/waiting-in-w...
A devotional journal inviting women to embrace the spiritual journey that awaits as they prepare for the high and holy calling of motherhood.

Hermie & Friends! I Will Tell the Truth and Be Careful What I Say by Max Lucado DVD GIVEAWAY!
ends 5/11
ONE COMMENT~~~ONE ENTRY~~~THAT'S IT!!!
http://dianeestrella.com/i-will-tell-...

I didn't know about an amish group. Is there a black group too?

What does the Tenth Commandment offer to today’s society? How can you benefit from its wisdom? The message of God’s last commandment is both bold and obvious: don’t be envious of others.

I have two giveaways going on my blog and there are: 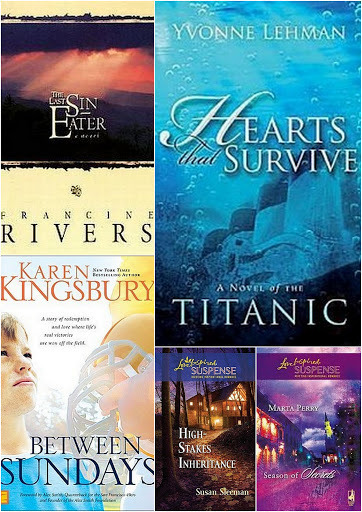 Win one of the books in the above picture.
Giveaway ends May 13th and is open to the US only.
http://hardcoverfeedback.blogspot.com... 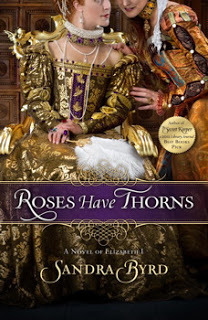 Once Upon a Time: Discovering Our Forever After Story by Debbie Macomber BOOK GIVEAWAY
ends 5/31.
http://dianeestrella.com/once-upon-a-...

Schools out Giveaway #BlogHop
ends 6/16.
http://dianeestrella.com/schools-out-...
I have four wonderful books I will be mailing to one lucky winner. Two for mom and two for the kids. I have reviewed each of them and found them all to be great reads.

Timothy Clement was like every other high-privileged teenager. The only thing that mattered to him was parties, girls, money and his ride into Harvard Law School. Life was good. After a night of drinking and gambling, Timothy found himself on the wrong side of an illegal gambling scheme which would change his life forever. Losing his brother due to his own irresponsible behavior was the wake-up call he needed. After his brother’s death, Timothy’s family abandoned him. He found himself imprisoned, broke and alone.

After several years in prison, Timothy was paroled back in to society. Trying to fit back in would prove to be his biggest challenge. Just as he thought there was no hope of living a normal, productive life, a man named Jude took him in, gave him a place to sleep, and tried to teach him to put his faith in God. Timothy, being an atheist, would hear nothing of the sort. Can this God-fearing man show the atheist the road to eternal love and salvation?

A sweet and adorable story about the blessings of adoption.

LOVES GOD LIKES GIRLS–A MEMOIR is one woman’s recollection of her journey, allowing faith to plunge her into deeper discovery of the truth about her sexuality. No other issue has been more divisive in families and in faith communities than homosexuality. Rather than providing ”cookie-cutter” answers as to why someone experiences same-sex attraction and how to ”make it go away,” Loves God Likes Girls simply explores one woman’s perspective on the multitude of experiences over a lifetime that impact the development of sexuality. Sally Gary’s story offers hope and redemption for families torn apart by this issue.

I've got a whole bunch I'm giving away on my blog.

GIVEAWAY BLOG HOP AT MY SITE: Chicken Soup for the Soul: Inspiration for Writers: 101 Motivational Stories for Writers – Budding or Bestselling – from Books to Blogs and an awesome journal to start writing all those great thoughts and stories in.
ends 7/15
http://dianeestrella.com/hot-summer-n...

Made in the USA #Giveaway #BlogHop
ends 7/13
I have three wonderful kid’s books I will be mailing to one lucky winner.
http://dianeestrella.com/made-in-the-...

Check it out, I'm hosting a giveaway on my blog for Daughter of Jerusalem: a novel!!
Here's the link! Tell your friends!
http://mustlovereading.wordpress.com/...