Do you have any initial ideas? Admittedly, I prefer doubles, and, although I'm bad at coming up with stuff right off the bat, I can work from pretty much anything :')

I'm horrible with the whole picking an idea thing...but I don't mind doing doubles at all.

Romance?
And would you prefer two separate plots, or all four characters to be linked in some way?

Sounds good, and it's up to you I'm fine with anything.

Stereotypical clichés (bad/good, rich/poor, etc.)
Some kind of road trip
Summer romance
Romeo and Juliet style
One of the characters has a child
Celebrity/celebrity, perhaps where they're "dating" for publicity but end up falling for each other

I can't really think of much else. It's been a loooong day, haha. I prefer something with lots of drama, so if there's anything else that you want to add, I'm open to it :)

Oh jeez I'm so indecisive...alright lets see I like the one of them has a child, road trip, cliches best haha.

YAY! YOU PICKED SOMETHING! ;)

Okay, so I think it'll be easier to do two separate plots for this one. How about a girl has to go to another state somewhere urgently (maybe to see her sister or something? I don't know, a family member could have been in an accident), but she can't afford the flight, so a guy who irks her (probably the good girl/bad boy cliché here) offers to drive her there, since he's headed that way anyway.
And for the other one, two people start dating, and one of them is hiding something, so the other pushes and pushes and it turns out they have a baby/toddler to take care of?

I don't know, it's really simple, but sometimes the best roleplays start out that way.

Sounds great to me!

So which characters would you rather be?

Hmmmmm, I can be the one with the baby (boy or girl) and either of the others, your choice.

Alright. I think I'd rather him be a guy. It just seems cuter for him to be taking care of a child :')

Oddly enough I was thinking the exact same thing...also seems less like he was being a slut (though not all single mothers are of course). And then, you want me to be the bad boy or the girl?

Yeah, I know what you mean!
The girl, just so it's fair. I'm not sure how great I'll be at being a bad boy, but I'll do my best, hehe.
Onto characters?
Admittedly, I'll probably not get much done tonight, but I'll gradually finish them over the weekend. I'm definitely not the fastest replier ever (I hope that doesn't bother you).

And I'm not sure how good I'll be at the good girl but I'll make it happen somehow. And no you're fine just make them as you can and I'll follow suit.

Okay :)
What age range are you thinking?

Anything you want haha, I'm not picky. 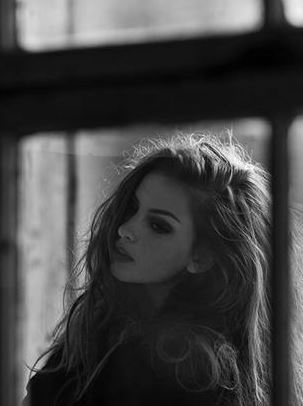 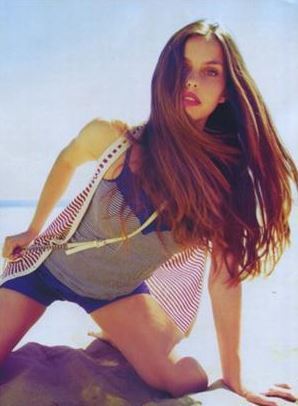 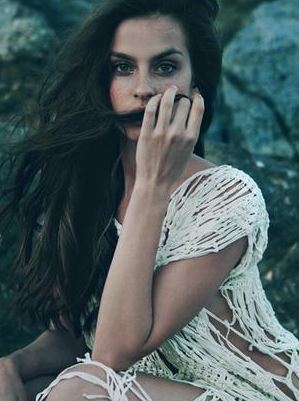 (hide spoiler)]
Abi has deep, almost chestnut brown hair that falls to the middle of her back, and intriguing green eyes. She is of average height, being around just five foot six, with a slim frame and narrow shoulders. Her eyes can appear quite large when compared to the rest of her face, particularly when she widens them, and her nose upturns at the end. Although she is pretty, she doesn't recognise herself as such, and can in fact be very self-conscious regarding her appearance. A prominent line of freckles peppers her nose and cheeks, which become even darker in the summer months.

Personality: When it comes to expressing her emotions, Abigail is pretty childish. She would much rather suffer in silence when she has a problem with something (or, most likely, someone), and give them the cold shoulder, as opposed to just trying to talk about it. She cannot stand confrontation, and is more likely to burst into tears or get really, really mad than be rational about the situation. Of course, this childishness also means that she can be really silly and fun to be around, probably opting to play Twister than settle down and watch a movie - she is a very active girl, and it's actually pretty damn hard to get her to calm down.

It is Abi's nature to be both caring and affectionate, and she cares about her family more than anything else in the world. She is extremely protective over the things that she loves, and would, in fact, rather die than have something bad happen to them. She often spends her weekends babysitting her younger brothers to help out her parents, and loves to tease and torment them. Because she is so used to this, she enjoys being in the company of children, and, as such, hopes to one day utilise this and become a teacher.

That's not to say that Abigail does not have a playful side, despite how seriously she takes her future. She can be extremely flirtatious and mischievous when she wants to be, but it really is all in good humour. She loves being in a relationship, more than being single - having that person to lean on serves as a somewhat comfort blanket to her. However, her track record isn't great, in that her longest relationship has barely lasted for longer than a few months. She hopes to change this soon, however, perhaps by ditching her flirty nature, just to show that one person how much they mean to her.

One of Abi's greatest loves is outdoor activities, whether that be fishing, gardening, or just laying around in the sun. She finds it liberating. Being part of a large family, she spent most of her childhood outdoors, and so has developed a knack for it. She is actually a pretty talented gardener, and tries to grow her own food - consequently, she can be quite fussy with what she eats, insisting that it is organic. She also enjoys playing sports like tennis or hockey - although that isn't to say that she is good at them!

Unfortunately, Abi is also neurotic, in that she finds things to worry about it when they really aren't worth it. Because if it's one thing Abi definitely is, it's a worrier. She becomes stressed extremely easily, and so seeks comfort in others; sometimes, this can come across as a habit of only talking about herself, although this is not the case; she has to vent her problems to somebody - anybody - in order to remain grounded. She can grow very anxious about things, to the point where she lies awake at night, obsessing over them. As much as she tries not to, she simply cannot help it, and so at times she can be a little hard to handle.

History:
Abigail grew up on a farm on the outskirts of the city, along with her parents, her older brother, and two younger brothers. Being in a family that mostly consists of boys, she has grown accustomed to their presence. It is safe to assume that she prefers the company of the opposite sex, as opposed to other girls. Although she is still very close to her parents and her younger brothers (ages twelve and eight), she rarely sees her older brother nowadays, who is twenty-four, since he got engaged and moved away. As much as she loves somebody, she hopes that they will never come between her and her family.

Due to where she grew up, Abi adores all kinds of animals. In fact, as a child, she was always the one to bring home stray cats or injured birds, in order to nurse them back to health (much to her mother's annoyance). She preferred the company of the animals and her family than anybody else, and so, as a result, did not have many friends growing up. She believes that this has made her a stronger person today, however, although she does regret how she tends to seclude herself from the world, something she occasionally still does today.

Other: Abigail is currently studying to be a teacher at university, although she isn't sure what subject she will teach just yet, given that she is very indecisive.
She is lactose intolerant, and so grows uneasy when around milk or any food of that nature.