Adrianna walked into her room in a huff, and slammed her door, accidentally frightning her maids, Sally, Vivi and Jayde.
"Oh, Adrianna, you're here!" Vivi spoke up, and Adrianna saw that they had all been sitting in a circle around a large piece of material. Her dress.
"Would you like to try it on?" Sally said, and it was obvious she couldn't keep in her excitement.
[Unfinished, gotta go to school!]

"Well, ok." She said, not sounding enthousiastic.
"Oh, don't be so...you. You're going to love it." Jayde said. She was very mother-like, even if she was only a couple of years older than Adrianna.
"We've gone all out on this one! You going to be the best dressed at the ball. I think people are going to be surprised that it's not black, but it'll look amazing because we're thinking of dying your hair black so it doesn't clash with your outfit, so you'll still have some kind of blackness on you...you'll also have black shoes and eye makeup, so that'll substitute for it too..." Vivi went on, and on, and on as they put Adrianna in the dress. She never really stopped talking, but it wasn't annoying, not to Adrianna.

"Shut your pie hole, Vivi, and fix that loose thread." Jayde ordered. When they were done, the maids all took a step back and admired Adrianna in the full-length mirror. (view spoiler)[The dress looks like this: 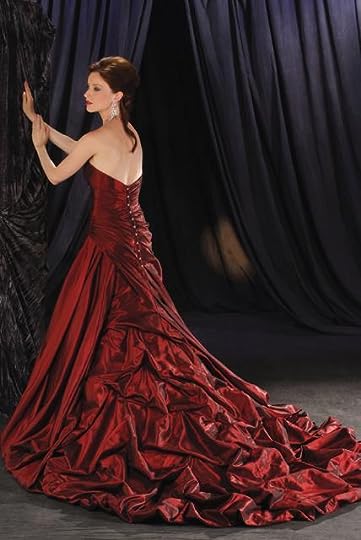 "I look different...but the same." Adrianna pondered. While her maids gushed, she looked at her hair, "You're right, Vivi. We'll need to dye my hair. Red-Orange does not go with this."

(the dress is just magnificant!)

When Adrianna sat down, Jayde started to mix the hair dye. She made a gagging noise and Vivi giggled.
"That smells disgusting, Jayde! What are you putting in my hair, poison?!" Adrianna said, and Vivi laughed some more. Jayde just rolled her eyes and Sally spoke up,
"Don't worry, Adrianna. All hair dye smells like that. I figured you would know, wasn't your old colour dyed?" She asked, and Adrianna shook her head.
"No, my hair is naturally red. But one day I experimented with lemon juice and it went that weird orange colour. I kind of liked it."

Jayde started running the goo through Adrianna's hair. When she was done, she had to wait twently minutes before Jayde could wash it out.

"So, have you met Prince Aaron?" Vivi asked, resting her chin upon her fist.
"Um, yes." Adrianna answered.
"Did you like him, did he like you? Oh, Adrianna, I bet you'll win! You're going to live happily ever after and you'll live here and become queen!"
"Woah, woah, woah," Adrianna interrupted, "Slow down, Vivi. Before any of that even could happen, I'll need to speak to him for over 15 minutes."
"Oh, yeah. Sorry, I got a little excited!"
"What did you talk about?" Sally asked, leaning in closer.
"Death." Adrianna answered truthfully. Vivi and Sally gasped, but Jayde just laughed.
"Of course you did. I wouldn't expect anything else from you." She said, "All right lean your head back into the sink. I'm gonna rinse out the dye."

When they were done, Adrianna's hair was a beautiful, raven black. She left her room with a purple dress on. (view spoiler)[ 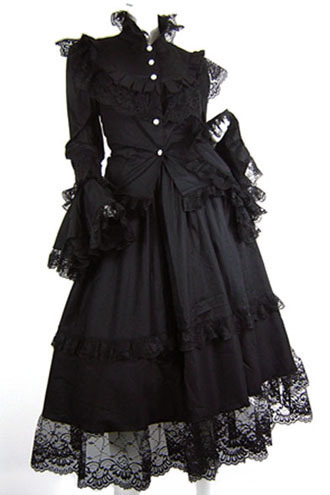 But purple, of course. (hide spoiler)]