Mod
No pics yet. Find your own pic for your own section! ;D

Zion walked in wearing a button down white shirt, untucked, Armani jeans, black converse, and sunglasses over his eyes. He was lugging a brown trunk behind him as he walked in, he surveyed the main area of the dorm. It would suffice. He went in search of his own bedroom, they had said he would be in bedroom #3. Down the hall and to the left he found his room, his brother had been right, he liked it. Zion set his things down in the room and then went back out to the main are to meet his roommates.

Zion looked to his left and saw a guy standing there, he nodded his head towards him, "Hey I'm Zion. Just got here... roommates I assume?" He asked with a raised brow, he pushed his sunglasses up on top of his head so that his blue eyes could be seen while he talked.

"Yeah it is actually. My brother just started as RA here, he attended before this. I just wasn't very interested until recently. Is this yours?" Zion replied and then asked Joe.

"Well my schedule goes like this 1st period is Biology, second is Orchestral Band, third is choir, lunch, fifth is Music Writing, sixth is Study Hall, seventh is advanced Math, and eighth is Advanced violin," He replied naming off his schedule easily. He'd picked it after all.

"Yeah I guess, its what I'm good at," He replied simply. "What about you? What's your schedule like?" He asked him.

reply | flag *
message 14: by [deleted user] (new)
Mar 18, 2013 08:05AM
He had his schedule with him so he pulled it out and read it, "I've got Football, Field/plan writing, and drama, the rest is just the mandatory classes, like math and Biology." he said, not being to specific about it

"So you're into sports and acting then I take it?" Zion replied with a grin. Perfect, jocks always hung out with the hot girls. And boy did he want to be around the hottest girls on campus, not that that would be hard with his good looks.

"What position do you play? Do you have a girlfriend? How are you with the ladies?" Zion shot off a series of questions trying to get a feel for what Joe was like.

"Oh nice, eh just wondering. I was thinking of going out tonight and investigating the potential in the ladies. Maybe check out the girls over at the bar my brothers friend works at. You could go too if you want?" He offered.

"Really? I've been a few times, mostly because Dan, that's my brothers friend, was there and I needed to ask some questions," He shrugged. "I've never really been there to be sociable, my Aunt and Uncle would have never allowed that. But since I'm not under their roof anymore it doesn't matter, let the partying begin yo! Hey I saw the rules posted beside the RA's door, that blows dude."

"Nah they won't know anything, just be confidant, girls eat that up," Zion replied with a cheeky grin. He was a ladies man, he knew what he was talking about.

"Yeah we will, hey do you need to borrow any clothes or anything? I'm about to unpack my stuff, you can look through it," Zion shrugged.

"Yeah no problem, I'm going to unpack, after that we could go find somewhere to eat?" Zion said before he started walking down the hallway to his own room.

Zion walked into his room after he heard Joe's answer and walked over to his trunk, some of his things had been delivered already by his Aunt and Uncle. So he had a few boxes he had to go through as well. He opened the trunk and the first thing he pulled out was his violin in its case, his hand ran along it lovingly. Zion took it and set it over on the dresser in the closet.
He then went back to his trunk and started pull out his clothes, hats, and shoes, he set them all up in order in his closet. His cousins often teased him that he was girlish about his clothing. He would then argue that he appreciated and took care of his things, unlike them who didn't care about anything they were given. 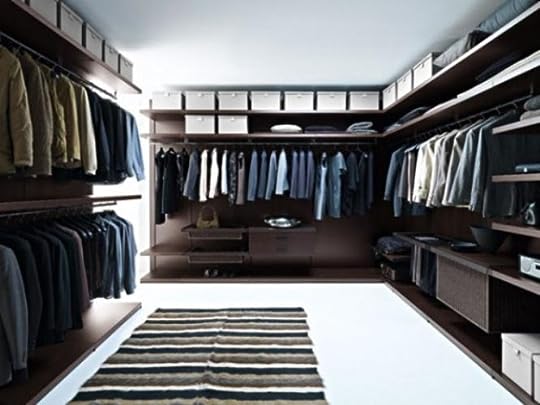 Zion finished his unpacking and slid his sunglasses back over his eyes, put AE flipflops on and walked back out to the main part of the dorm, ready to get food. "Joe ya done yet?" He called throughout the dorm.

"Alright," Zion said and walked behind Joe and out into the hall of the Dormitory building, he walked beside his new roommate to the exit of the building so they could head to town and get a bite to eat. "So where you want to go?" He asked as he stepped out into the warm air outside.

"We could go to the cafe," He said with a shrug. "Do you have a car?" he asked Joe. Probably not since he wasn't from around there. Zion was tempted to call his brother and ask if he'd drop them off over there.

"Oh well we'll figure it out," He said and walked towards the parking lot, he thought he saw one of the female RA's over there walking toward a vehicle.

(I'll post again in a second. I'm going to have Ariel go to work, she'll drive them)

Ariel was walking to her jeep when Zion approached her and asked for a ride, she was indeed an RA and she agreed to drop them off at the cafe.

"So you guys like Terrence Hall so far?" Ariel asked them, Zion climbed in the back and let Joe sit up front with the cute red head.

"How come? Been too busy packing?" She asked him as she drove down the hill toward the main part of town where she would be dropping them off to eat. Zion just admired the view.

"Oh I see, well you should get out and explore, its really a beautiful campus. You'll meet quite a few people soon, we're having a mixer for the girls and guys dorms," Ariel informed him with a smile.

"Pool partay! Can't wait, I need to buy a new bikini though, the one I have you can practically see through it because its so old," Ariel said thinking nothing of it.

Zion grinned at his friend, perfect time to pick up chicks.

"Yeah me either," Ariel said and pulled into a parking spot. "I get off in five hours, so if you guys are still in town just head over to the bar and I'll take you home," She said to them and gave a special wink to Joe.

Zion hopped out the back, then headed toward the cafe, "I think she likes you Joe." He commented to his friend as Ariel drove away.