Life story- at the age of 17, Wyatt technically died for 58 seconds. He was in a building that had a gas leak and ignited, blowing it to bits. When the paramedics brought Wyatt back,  he saw a ton of people walking aimlessly around, worried and trying desperately to get attention from police officers and others. No one seemed to pay attention to them though. It wasn't until Wyatt noticed one of them looking at one of the dead that he noticed the man was both laying dead and standing looking at himself.

Wyatt kept this to himself, not knowing when someone was dead or alive. But, he decided to use this gift to try and help. He became a detective and communicated with the dead to figure out how they died. It's brought him into some rough times. 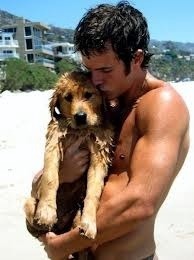 Personality- Wyatt has a sort of cynical sense of humor. He thinks the worst things humorous, though mainly for the ironic nature of situations. He has a bit of an anger issue, though he rarely shows it. He has become good at faking things as far as reactions go considering he's been adapting to seeing ghosts. He was classified as a trouble maker early on, but as he matured, he became more liked by society.

He can be very sarcastic as well as serious. He can be kind but mean. Bluntness is one of his most used keys. He's rather smart and can figure out puzzles of life easily.

(i'll be editing this most likely)

Life story- she was adopted with her brother, Jason by a circus family. They grew up in a circus, being the stars of the show, doing amazing stunts with fire and lions. One day, something went terribly wrong, her brother had a drinking problem, and accidently did the timing wrong causing him to die instantly. While she got a few scars. She hasn't been the same since. 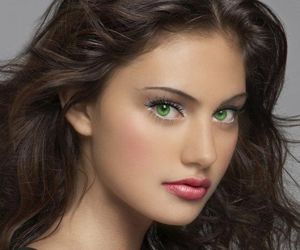 Personality- She is kind, smart but doesn't want anyone to get close to her. She is sometimes short-tempered and that can cause problems. Does as she is told.

Life story-Damien was born into a family where his mother only had him so his father wouldn't leave. Damien's mother tried, but she was never really a cut out for parenthood. His father was an angry person, he used to beat the crap out of Damien as a child and Damien's mother too. Damien's life was internally bleak until his brother Soren came along, Damien had one goal, to keep his brother safe, he never let their father hit him no matter what. When Damien was 12 his mother died, she drank too much, his father was killed in a fight two years later. Damien had always lived on the bad side of the city, where fights and police visits were regular occurances. But after he became an orphan the two brothers we're in foster care for a year before their aunt took them on. Damien went to Trinity, Dublin University in Ireland then went travelling all around the world with the money he'd earnt from the three jobs he worked whilst in Uni. Damien has now just published his first book, which was a huge success, and is now writing his second whilst also working for a big newspaper doing his own column. Damien's aunt moved to Colbie after he left for Uni, Damien has come to visit her, his brother also lives there. Damien needs inspiration for his next book. But his brother died 4 months ago, he was murdered by a gang from Ireland. Damien is seeing him all the time and it's hard for him, he can't seem to leave and move on, he needs to help his brother go into the next life, he just isn't sure how. 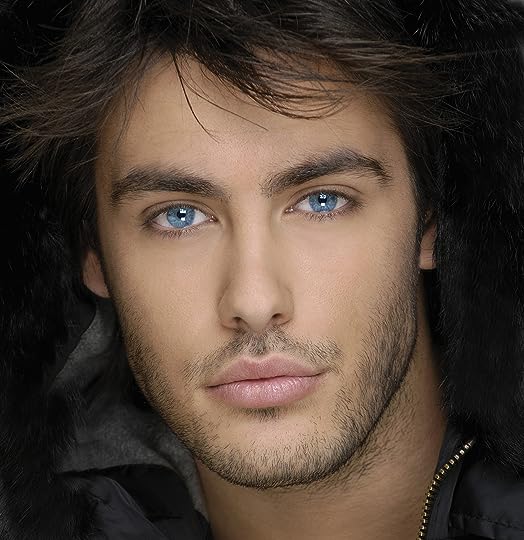 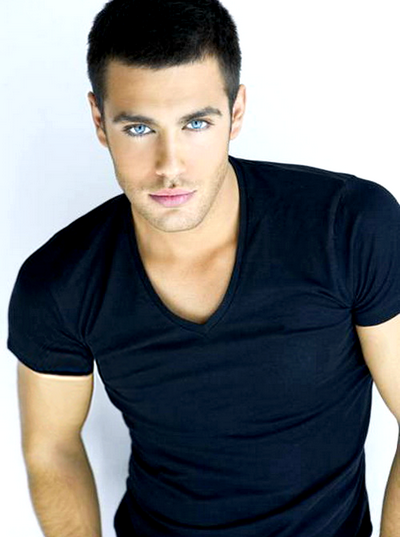 Personality-Damien has a quick wit that can come out as harsh, but he doesn't really judge people. He has a dry and sarcastic sense of humour that he uses to cover up any outward emotion he might otherwise show, especially pain. Damien is a fighter he will do anything for the people he loves and would die to protect them. Damien also has a bit of a wild side, he has a thing for not following the rules but he isn't stupid by any means. Damien has a passion for reading and writing, he also has a talent for playing the guitar. 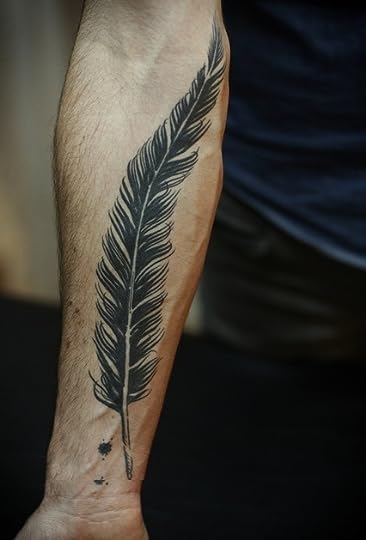 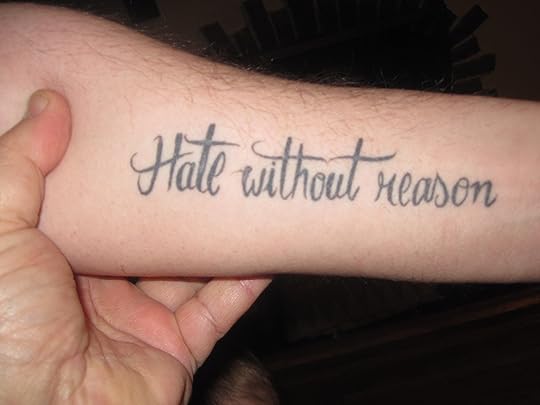 Life story- The first ghost that Iliza ever set eyes upon was her father. She was 7 years old when her dad finally succumbed to the pancreatic cancer that he had been diagnosed with months before. Iliza had snuck away from the wake, feeling uncomfortable and lonely around the family and supposedly close friends that she had only seen a few times in her short life. She found herself laying in the snow, her arms and legs still spread at her sides from making a snow angel and the cold seemed to have her frozen in place, gazing up at the sky. It was then that she had heard the familiar voice that Iliza believed would never reach her ears again. Her father had been standing on the back porch, looking down at his daughter with a gentle smile, urging her to go back inside and warm up.
When Iliza refused to leave his side, her father explained everything to her, why he was there, what it meant now that Iliza could see the dead, and how she needed to be extra careful to make sure to keep her gift a secret.
Iliza did as she was told, but was dismayed when she discovered that she wouldn't see her father as much as she hoped. While he wanted to stay with his daughter, Patrick knew he needed to find his soul mate. Being a ghost wasn't the existence he wanted for himself.
Iliza was 11 when she saw her father's ghost for the last time. She had encountered countless ghosts over the years but when her father finally disappeared she wished she had never had the sight. She began to ignore the ghosts around her, convincing herself they weren't there. She began complaining to her mother about hallucinations and voices in her head and it wasn't long before Iliza was sent to see a shrink. She was put on medication that fogged up her mind, making it difficult for her to think clearly therefore making the ghosts harder to see. When she was 14, her doctor began to ween her off of the medication, claiming she was cured of whatever mental illness she had been plagued with, but she had only developed a severe case of denial that has been stuck with her for the past five years. 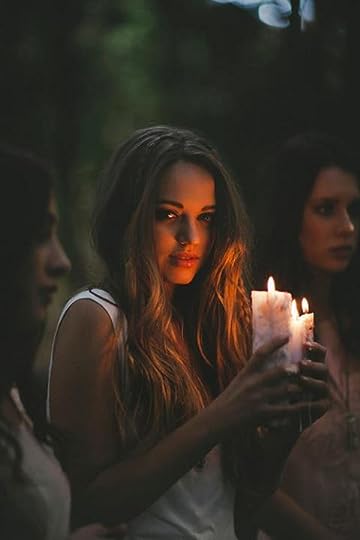 Personality- For a long time, Iliza has been very with drawn, though for the most part it wasn't from choice. When she was first getting used to the sight, she would occasionally slip up and mutter some words to a passing ghost and the other children stayed away, claiming she was crazy. When she got older and was put on medication, she was proclaimed the freak of her class and was either ridiculed or ignored. When she was finally free of medication and the sight, it became clear that any socials skills she may have were lacking.
Iliza took the time that would usually be spent with friends for reading, studying, and capturing the beauty in life with her father's old Canon. She became both book smart and observant, making her logical and a surprisingly strong debater.
Iliza doesn't really have a temper, but it isn't unheard of that she might act up from time to time. Ever since she could remember, she has had a hard time expressing her emotions so she has always kept them bottled up inside. On the rare occasion that she allows herself to be overwhelmed, it is hard for her to keep her emotions in check and will snap at anything that sets her off.

Soul mate(if found)- Not yet

Life story- Leroy was born on October 11, 1997 at eleven o'clock at night. He grew up with his mother and father, as well as his older brother and sister. His brother died from a heroin overdose when Leroy was only one, and his sister was killed in a car crash when he was five. He got his mediumship ability at age three. It was a rather terrifying experience to see your dead brother all of a sudden sitting on your couch yet no one else could see him. The same later happened when his older sister passed away as well. The two follow him everywhere which he finds both extremely comforting and extremely annoying. Because of always hearing the voices of the dead Leroy wasn't really able to tell what was real and what wasn't. He couldn't tell which voices were people, which were ghosts, and which were the ones that slowly started forming in his head. It is because of this gift that he developed schizophrenia. While most of the voices he hears are those of the dead, there are a few that exist only in his head.

Family- Although Leroy tried, he never seemed to make any friends that stuck. He did become friends with a young boy named Thomas, but seeing as Thomas is a ghost, he doesn't exactly count. Leroy's parents - Max Chase and Letty Chase - are the only family he has left alive. His brother and sister - Fransico and Claudia - passed away, although he can still see them and talk to them. 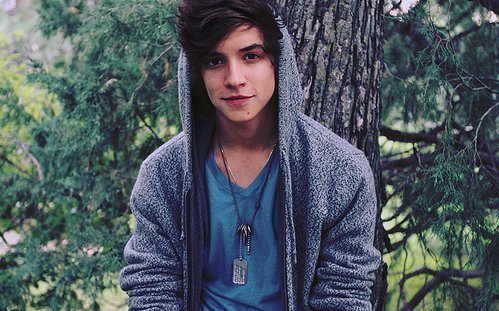 Personality- Leroy is usually a really laid back and relaxed guy. He can sometimes be a bit shy but he's willing to talk to anyone who wants to. He tries to be funny and joke around, always wanting to put people in a good mood. He's caring and sympathetic although he sometimes speaks without thinking, which can sometimes lead to problems later on.

Life story- Henry has grown up in a small farm town , he found out he and his little brother had t..."

This guy is kind of a sexy son of a beach. I would be happy to make a charrie if you wanna rp him ^_^

Sure, I'll get on it and will hopefully finish by tonight, but I don't think I'll be able to do much rping :/

Mod
(No, it's ok, i don't mind if you start without me saying so. I just do it because some people prefer it if i do, i'd never delete anyone's posts without telling them first x)

Life story-was once in a happy family until his father died. then his moms boyfriend came in. he was a drunk that abused Julian. he would sometimes touch him. but luckily he is still a virgin. then on his 16 birthday his moms boyfriend took him to the outskirts of a town and knocked him out. Know Julian wakes up and all he see's are dead people. but has no memory.

Family-Currently alone till he meets his mother again

Personality-some times to himself, but nice. likes to read.

Life story-was once in a happy family until his father died. then his moms boyfriend came in. he was a drunk that abused Julian. he would so..."


Accepted x If you want to rp just say so x