Hi! Glad you wanted to do it with me :)
I'll make my girl charrie later but don't hesitate to do ur guy.

Hello! :)
I'm happy to do one with you, your idea sounded fun.
Okay, I start making my guy.

Cool :)
Lol, I borrowed the idea XD So happy you wanted to do it with me :)

Oh, cool lol. But yeah I happy to be doing it.
And I'm still working on my guy.

Kk :) Gonna try and start mine when I get online. Probably take 20 minutes to finish character.

Okay, almost done with mine. Just wondering how detailed you wanted it to be again. 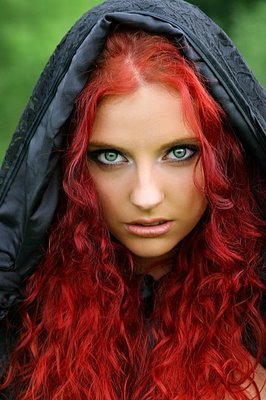 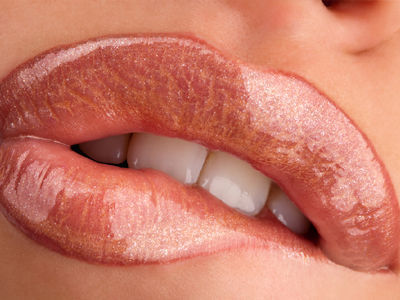 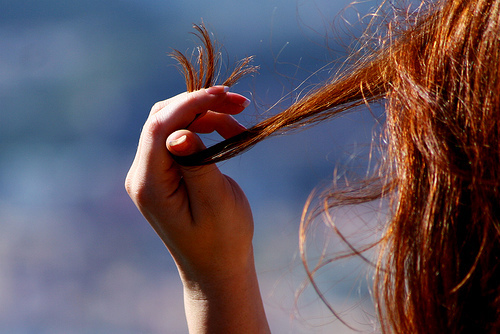 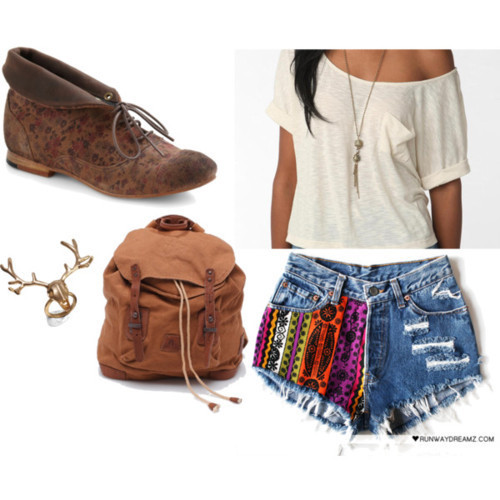 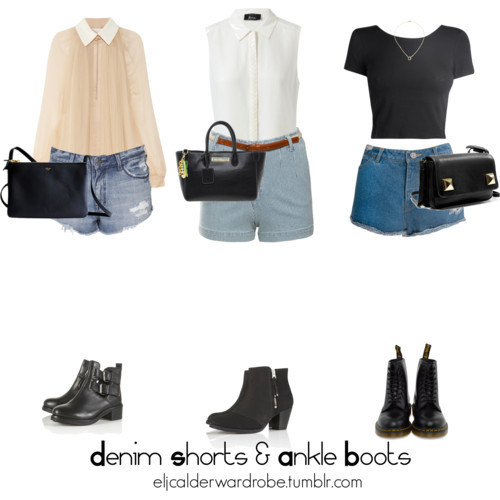 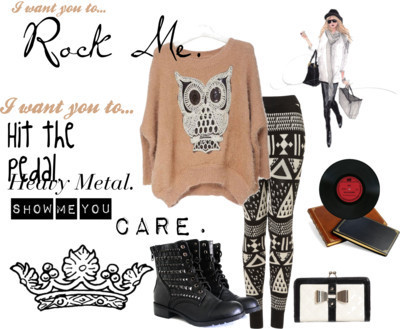 (hide spoiler)]
-Her style is vintage and flirty, even if she means nothing by it, she doesn't tend to wear a lot of dresses, but mainly always shorts, even in the Winter.
Distinctive features:
Her Tattoo: (view spoiler)[ 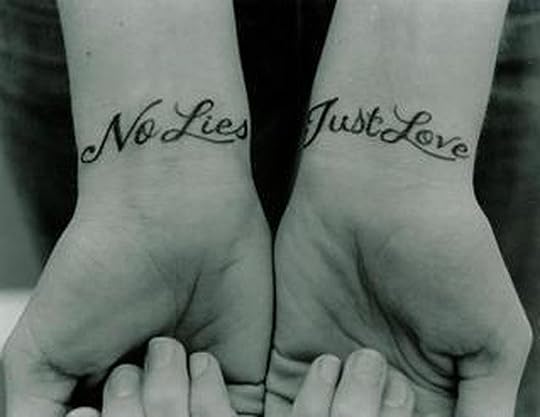 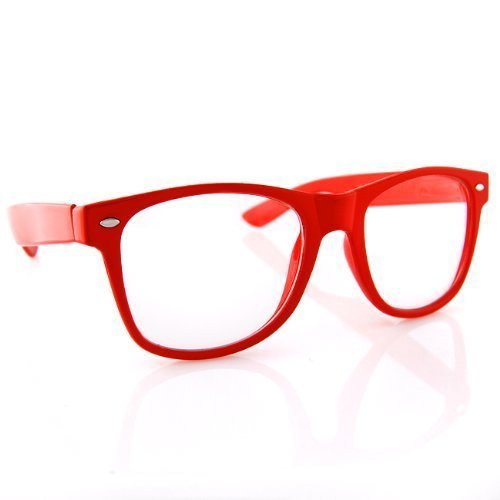 (hide spoiler)]
Personality:
Bella is really wise and determined. She never backs down from a fight and never backs away from a challenge. One time, when she was 9, a boy dared her to climb a tree, and jump down from it. So she did, resulting in a broken arm.

She is really caring, she has donated so much money to charity, and adopted so many of those unfortunate animals from WWF. She also owns 2 puppies -dalmatians.

She is loyal and understanding for her friends, but holds a grudge and can get very upset easily. She doesn't have a lot of dignity for herself, she will sing or dance anywhere in public but doesn't like PDA -Public Display of Affection e.g. making out.

She is very creative, and took Media Studies and Art and Technology for her GCSE's. She wants to be either and artist (she does all kinds of drawings but mainly nudes), an author (romance books) or a screenwriter (making up horror films).
Relationship Status:
Single
Family:
Mother- Sandra Dawn (51)
Father- Rick Dawn (52)
Brother- Philip Dawn (12)
History:
Isabella was born in Spain, and stayed there up to the age of twelve, moving to England with her mum and little brother; Philip who was five. He got the hang of English quite easily but it took her two years. She got bullied as a child, and moved to a different school, acting her way into popularity.

She changed completely and at the age of 16, was completely Miss. Popular. She was elected Prom Queen, in her old school, when she lived in England for two years, but coming to America, at the age of fourteen, she has not attended any proms yet, and has yet to wait for one.

She has only one bestfriend however, a gay best friend called Mike. (view spoiler)[ 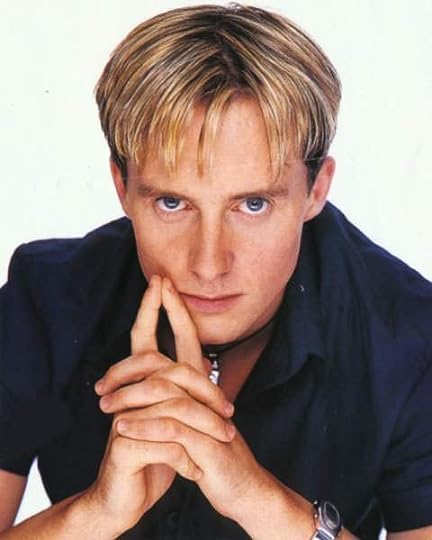 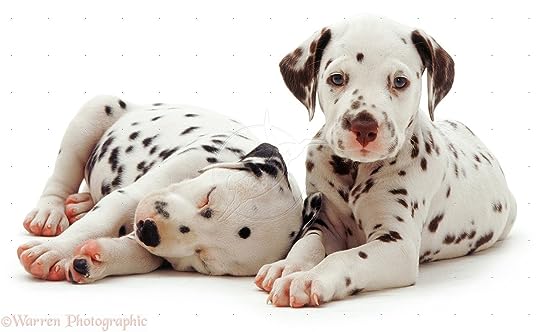 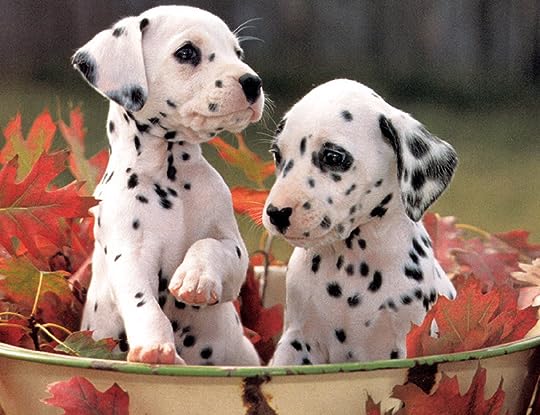 (hide spoiler)]
-She is crazily afraid of heights
-Can swim, but not well, so she is afraid of drowning

Love her. Very good! :)
Sorry that it is taking me so long. I'm almost done. I swear. 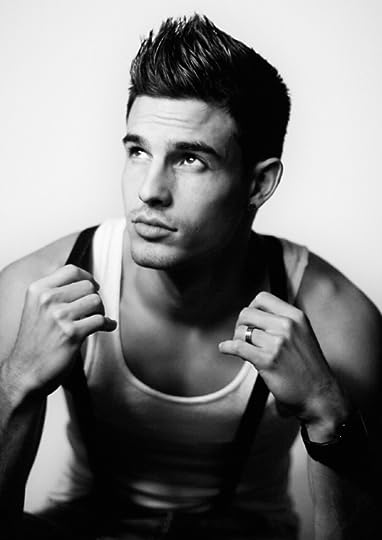 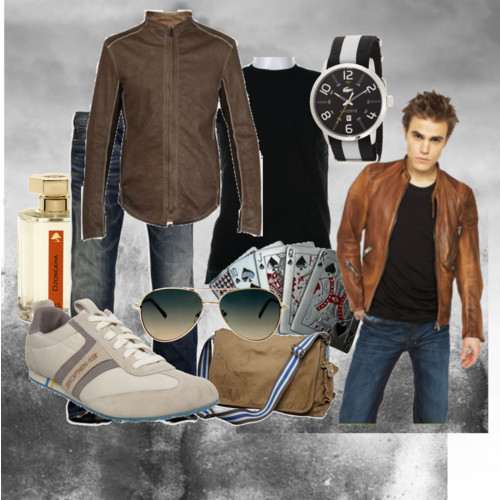 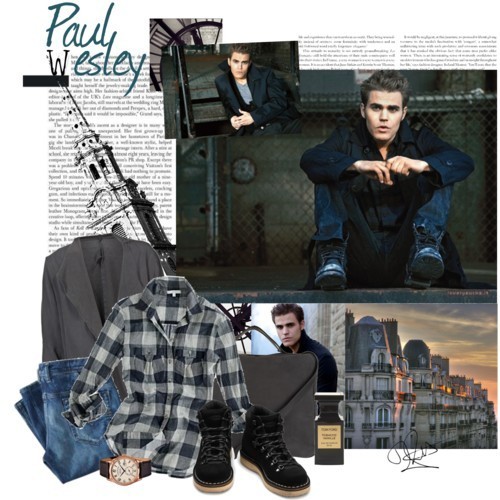 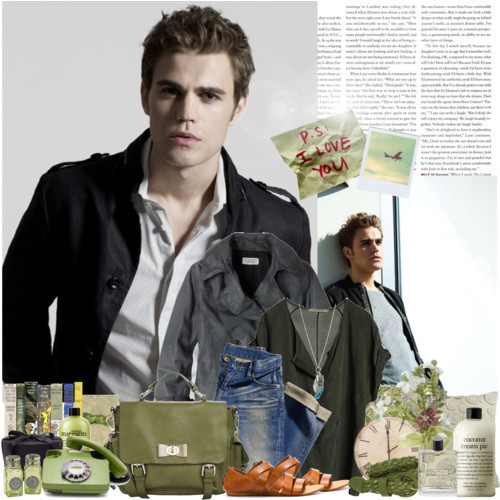 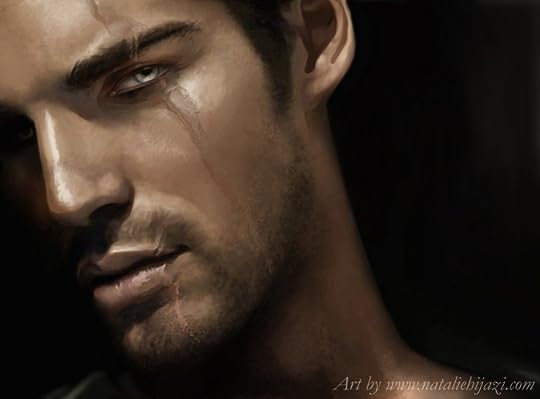 (It not quite that big though (hide spoiler)]
Personality: Nick is nice and caring, but he can also be conceded and self absorbed. He has a terrible temper, but he would never harm anyone he cared about no matter how mad they made him. He has a bit of a bad reputation when it comes to the ladies. He is known as a player, but has never and he would never cheat on a women. He doesn’t ever show it but he is really smart, he was a straight A student in high school and middle school. He loves being the center of attention. He is protective of the people he cares about and he would do anything for them. He is loyal and trustworthy and always does his best to keep every promise that he makes.
Relationship status: Single
Family:
~ Mother Nikolina Aleksandrov (40)
~ Father Alexander Aleksandrov (44)
~ Sister: Cindy Aleksandrov (17)
History: He went to the same school all his life. .He was popular and a start A student. He was the star player in almost every sport be played at the school and he probably dated every cheerleader on the cheerleading quad at least once.

When he graduated from high school he decided that he wanted to start his career as a musician. He has always been an amazing singer and instrument player. He can play the guitar, piano and the drums. He wanted to be a musician so he got together with some of his musically talented friends and made a band. After a few gigs and try outs, they became extremely popular and soon they were famous.
(view spoiler)[ Band members
~Joe Stienbock (21) (view spoiler)[ 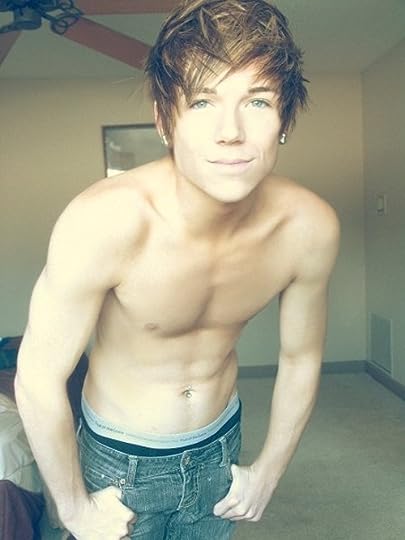 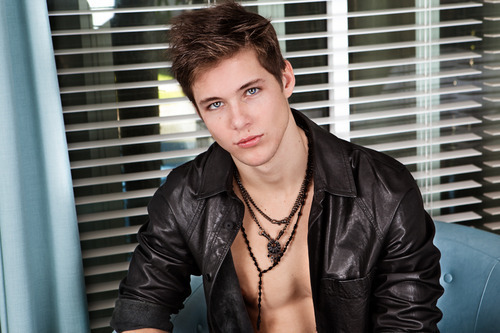 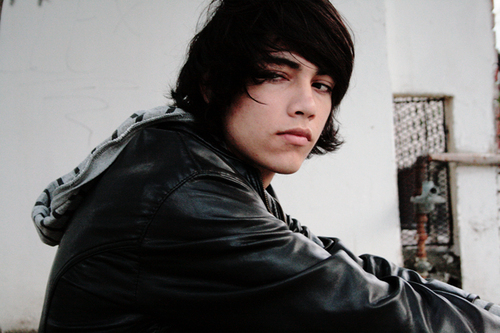 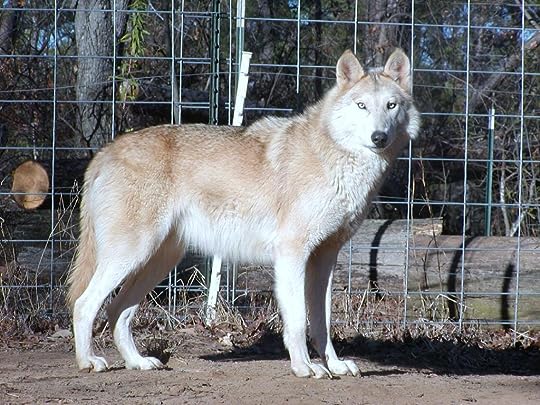 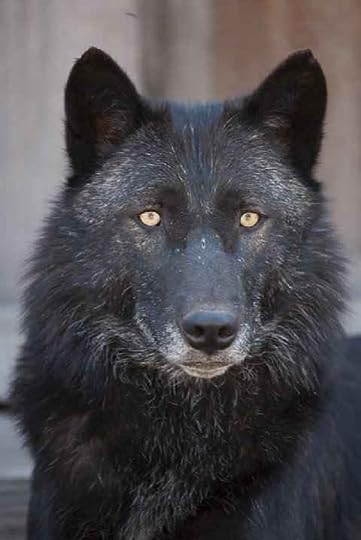 Did you just copy mine and put yours in there?

What about the one you said was taking you ages???

It's still all the same info I had I just added more to it.

Sure, do you wanna start?

It doesn't really matter to me if we do first or third person. And can you start.

Oh my lawd. My head. My head is pounding. Christ, what even happened last night. I could recall going out with a couple of people from my college. I refused to call them my friends, for the simple fact that I didn't have friends. Only Mike, but he wasn't there because he was on a date. I reminded him if he was going to do the deed to wear a condom, but he laughed and told me to stop being stupid but seemed pretty happy with the idea anyway.

Anyway, I simply had acquaintances, as some might call them. As I call them. Anyway. I could vaguely remember dressing up, as my hand was instantly drawn to my bare stomach, as I was forced to stifle a groan as the rest of my memories came rushing back to me in a somewhat sharp flash. God I had gotten pisssed. I had drunk. And drunk...And drunk. God, I don't think I've ever hit it so hard. Actually, I don't remember drinking at all in my life. But then again, that's what I thought every time I woke up with a hangover. Something along those lines anyway.

Right. So now recollecting memories again. First I had danced for a bit, and then...Then I had hung out at the bar, had one to many drinks. And being the lightweight I am, had gotten drunk pretty quickly. And then. A guy, oh he had been good-looking, sure. And of course, in the state that I had been in, I had thought why not? Why not treat myself? Stupid. Stupid, stupid, stupid. And then... I shook my head, and groaned as even the small movement hurt me.

Pound, pound, pound. I did let out a slight grumble now. I was partially aware of the fact that I was naked. Although I managed to brush this off. I would get up in a moment. Just five more minutes... I felt movement beside, somebody getting up. I presumed that this was probably the lover I had taken for the night, although I could only hope that he would leave so I wouldn't have to face that awkward one night stand conversation. You know the kind? Where you say we should meet up sometime, blah blah blah.

It never happens. And I would never want it to happen. I wasn't looking for a relationship, and probably never would. And then I felt something blowing by my ear. And of course this scared the living crap out of me, causing me to jump and resulting in my eyes flashing open. "Bloody hell." Were the first words that leapt from my mouth as I blinked a few times to refocus my gaze on him.

I woke up with a small hang over, though it really wasn't that bad because I was pretty much used to them. Me being a in a band and having loads of after parties, getting drunk off my ass. So this also wasn't the first time I woke up with a hangover and a girl next to me. It was always a good night when that happened. Though for some reason today it felt a little better then usual. I actually liked this one a little before we did the deed. She was pretty cool as far as I could tell.

I smiled as I recalled what happened last night. It was a pretty good might. I had just got done with a gig and I went to this awesome party, at this awesome bar afterwards. It's actually my favorite bar, or at least one of them. I have a lot of favorite bars. Though that's probably because I go to a lot of bars.

Me and my band mates went to the bar after the gig, because Tanner wanted to meet up with some chick. Well actually I think it was his girl friend, but they had only been dating for a few days so I hadn't met her yet. Anyways that night he introduced us and she seemed nice. Though it kind of seemed like she only liked Tanner because he was in a band.

Anyways I sat at the bar for a bit and had a few drinks, until I felt the buzz of the alcohol running threw me. Then I went out onto the dance floor and danced for a while. I danced until I glanced over at the bar and saw this beautiful girl sitting there. I smiled small and walked over to her. I flirted a bit and by the end of the night we were in bed together. Of course I'm guess it was only because she was drunk but it was still amazing.

I sighed softly as I finished recalling the nights events. I turned a bit and looked over at the girl. She looked beautiful, even though she probably felt like crap. He moved a bit closer to her a blew in her ear. He laughed at her reaction and smiled at her "Good morning" he said kindly. I know it probably been better for me to just get up and leave, but I didn't really want to. I wanted to, I kind of wanted to get to know her. Or at least get her name. I think she probably told me last night but I was to off my ass to remember a small detail like that. Not that her name wasn't important. Just that it was just a really small detail of everything that happened last night.